Protesters who broke into Kings Bay submarine base found guilty

Seven men and women who call themselves the Kings Bay Plowshares 7 have been found guilty of destruction and trespassing in a federal courtroom in Brunswick. 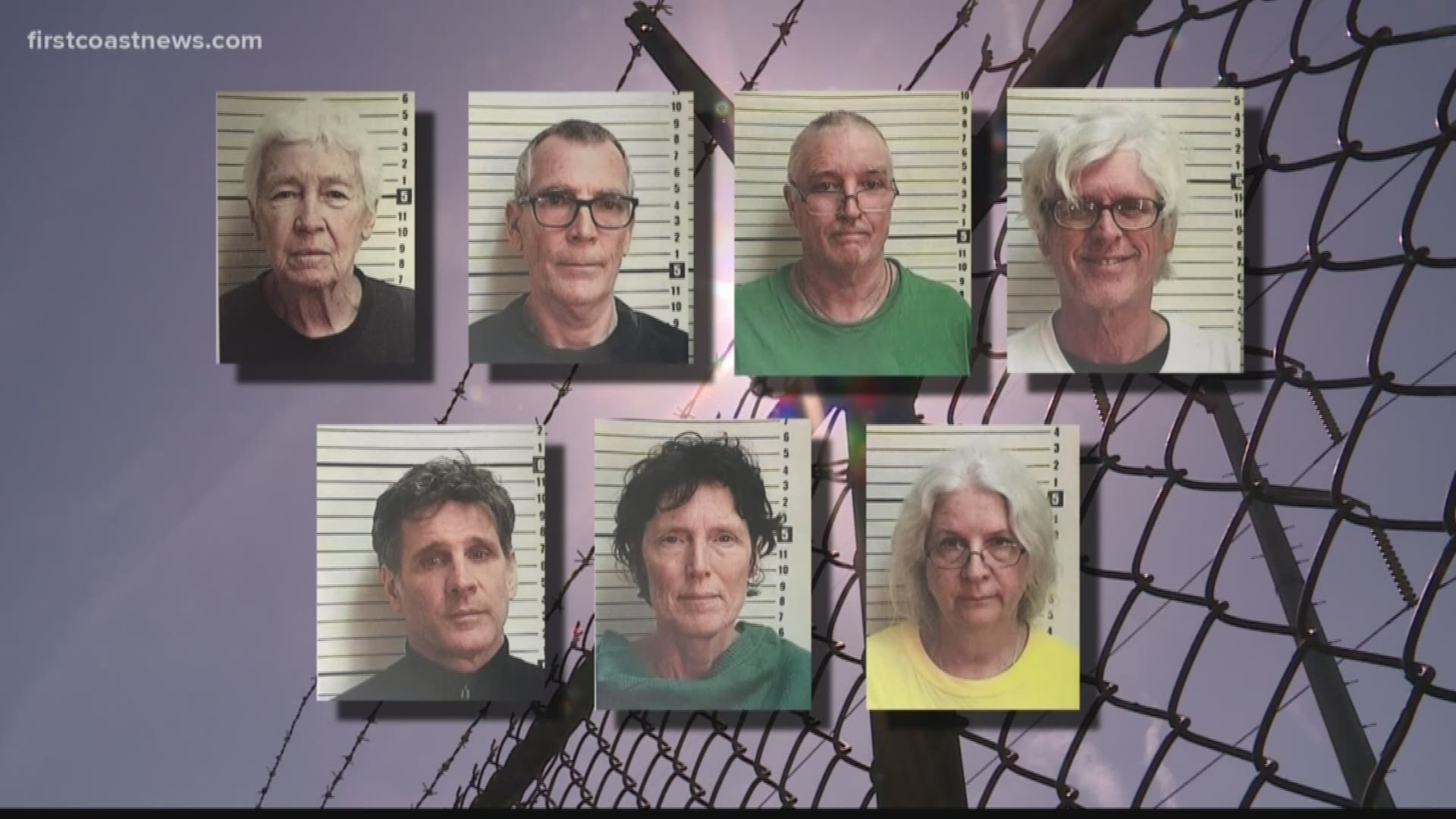 Eighteen months after seven people broke into Naval Submarine Base Kings Bay in Georgia and vandalized parts of it, the men and woman have been found guilty of destruction and depredation of government property in U.S. District Court in Brunswick, according to a news release from the group calling itself the Plowshares 7.

Elizabeth McAlister, 78; the Rev. Steve Kelly, 69; Carmen Trotta, 55; Clare Grady, 59; Martha Hennessy, 62; Mark Colville, 55; and Patrick O’Neill, 61, now face potential sentences of more than 20 years in prison on that and other charges of trespassing and conspiracy, the news release said.

“I really think that the verdict was, frankly, reactionary,” Trotta said after the verdict, the news release said. “They heard a lot. The judge allowed them to hear a lot. And it’s a little frightening that nuclear weapons could be hidden in plain sight.”

According to the U.S. Navy, the protesters made their way onto the base property near St. Marys on April 4, 2018, never got near any compromising areas. The Plowshare 7′s news release said they used a bolt cutter to enter a remote gate at the base, then walked 2 miles through swamp and brush.

“They then split into three groups and prayed, poured blood, spray-painted messages against nuclear weapons, hammered on parts of a shrine to nuclear missiles, hung banners and waited to be arrested,” the news release said.

The seven were initially detained by base personnel, then by the Camden County Sheriff’s Office.

The protest group’s news release said the seven expect to be sentenced in 60 to 90 days, released on bail now.