The incident started after racist comments were posted to the school's app on the district's online platform, a DCPS spokesperson confirms. 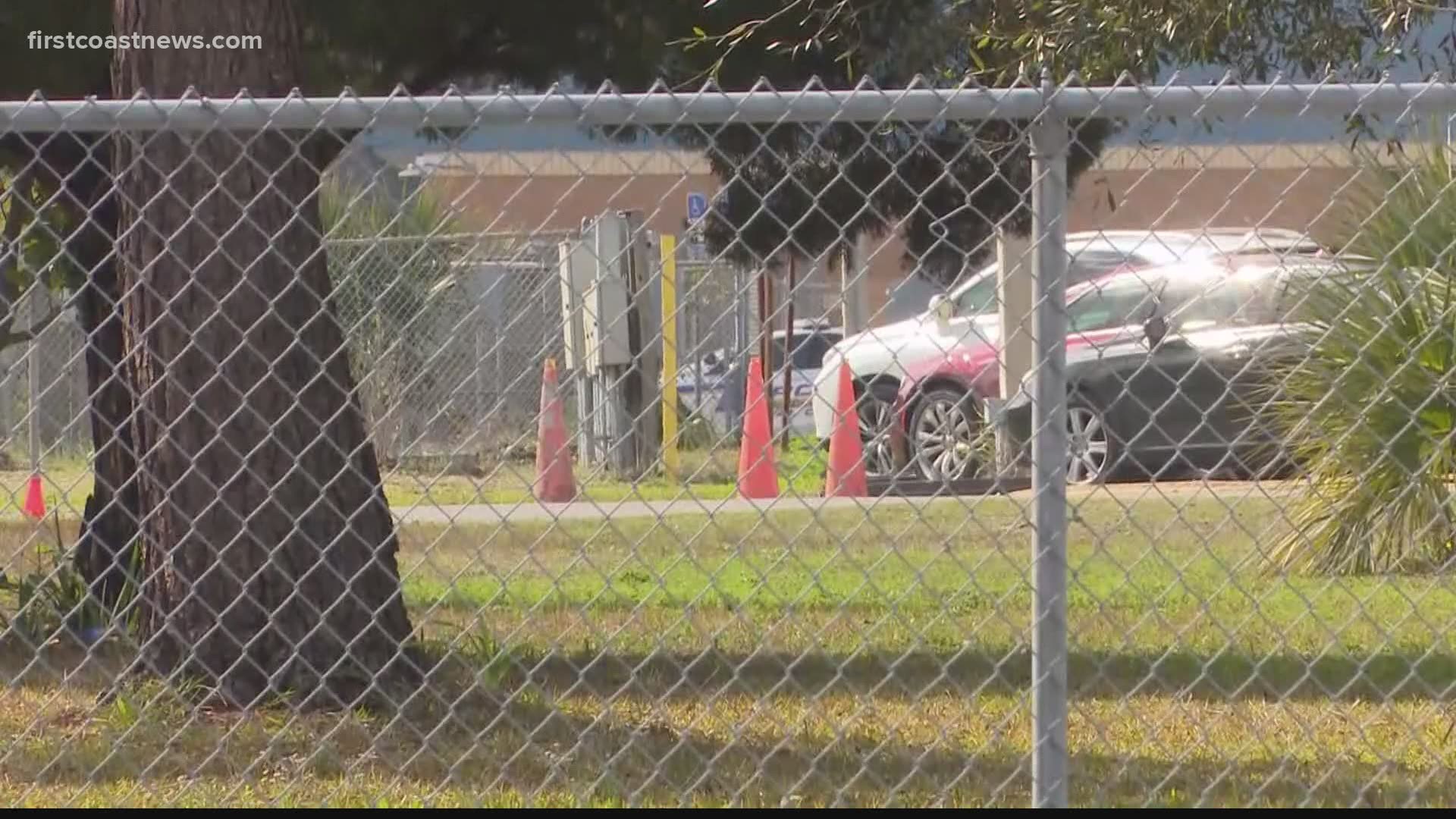 JACKSONVILLE, Fla — A protest at Sandalwood High School ended with the school going into a modified early release Wednesday afternoon.

According to Duval County Public Schools Spokesperson Tracy Pierce, administrators allowed the Black Lives Matter protest to be outside on the football field, but it became disruptive to classes when it moved inside.

Students were kept in their 6th-period classes and given staggered release times “to maintain order.”

“When peaceful protests become disruptive to the educational environment, then administrators have a responsibility to step in and bring peace to that situation," Pierce explained. "So, that's kind of what occurred today. There was no physical violence, there was no damage to school property or anything like that.”

Junior Sandalwood student Sean Presley took part in the protest. He agrees it started and was resolved peacefully.

“When we got into school, we made our voices heard," Presley described. "And we sat down, because that's what we had to do.”

Pierce confirmed the protest was planned in response to racially-charged comments and violent threats posted Tuesday on the Sandalwood app in Duval Teams, the district's online platform. The school has since shutdown the app.

The school also did a weapons security check when students arrived to school Wednesday.

The DCPS spokesperson said the comments started after a student brought up the district’s February campaign “You Matter” focused on suicide prevention.

“And then in the context of that conversation… some unfortunate connections were drawn to phrases such as Black Lives Matter, All Lives Matter, Etc.," Pierce explained. "And it became something much different than what it was ever intended to be.”

Protest Organizer Jara Enoch explained she and other students were disappointed when the district seemed to overshadow Black History Month with its "You Matter" campaign.

In fact, Enoch told First Coast News it was more of a Black History Month Matters protest that they held Wednesday.

“I think just overall, there needs to be more education on Black history," Enoch said. "I mean, not only this month, but all months, all years.”

“We're going to be looking at sort of recasting the messaging around that campaign," he said. "We want to address the problem at its root.

The protestors said they are scheduled to meet with Sandalwood Principal Saryn Hatcher and DCPS officials Thursday.

RELATED: DCPS will have enhanced security after reported threats

7th period was cancelled at Sandalwood HS today – after a BLM protest had to be shut down.

DCPS spokesperson Tracy Pierce confirms the protest was in response to racially-charged comments and violent threats being made in chat on its app in Duval Teams. @FCN2go @FlyyNewsGuy pic.twitter.com/V6TXGgqQAn