Many of them lied down on the ground chanting "I can't breathe," the words that George Floyd said prior to his death. 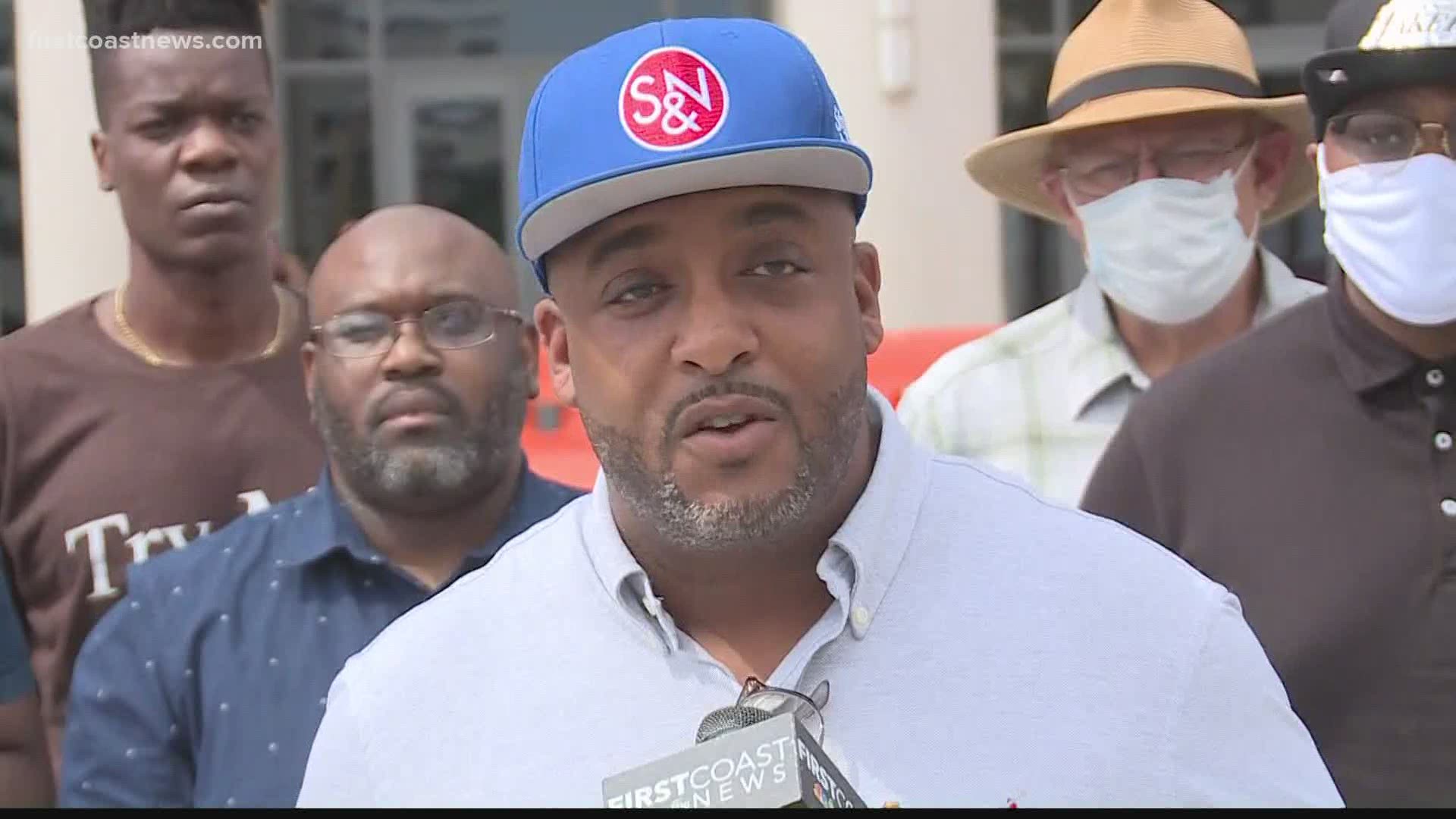 JACKSONVILLE, Fla. — Nearly 100 demonstrators gathered in Downtown Jacksonville Monday to mark the third day of protests in the city.

Protesters started showing up at the Duval County Courthouse around 1:30 p.m., starting with about a dozen people and growing as the afternoon continued.

At 4 p.m., a group of local pastors held a news conference addressing the arrest of one of their clergy members, Pastor Delanie Smith.

Smith posted a video of the incident to her Facebook page. The hour-long video shows Smith praying with protesters and telling them to stay on the sidewalk to remain in compliance with law enforcement. Smith is detained in the last five minutes of the video, which can be viewed here.

Around 6:30 p.m., there were nearly 100 protesters. Many of them laying down on the ground chanting "I can't breathe," the words that George Floyd, a black man, told Derek Chauvin, the white police officer, who reportedly pinned him down by the neck with his knee prior to his death in Minneapolis.

These local protests are part of several protests happening across the United States denouncing police brutality following the death of Floyd.

Over the weekend, 79 people were arrested, according to law enforcement officials.

Saturday's protests reportedly saw a night of violence that left one JSO officer stabbed in the neck, downtown businesses and police vehicles damaged from vandalism and police releasing tear gas into crowds.

The start of Sunday's protests took a more peaceful approach. In the morning, over 100 men, women and children gathered at the Duval County Courthouse where they sat on the steps denouncing police brutality and demanding JSO release bodycam footage of officer-involved shootings involving African-Americans, our news partners, the Florida Times-Union reports.

The Times-Union continues to report that by early afternoon., Sunday's protests took a turn as some demonstrators tried blocking off the Main Street Bridge. As a result, there were several arrests. 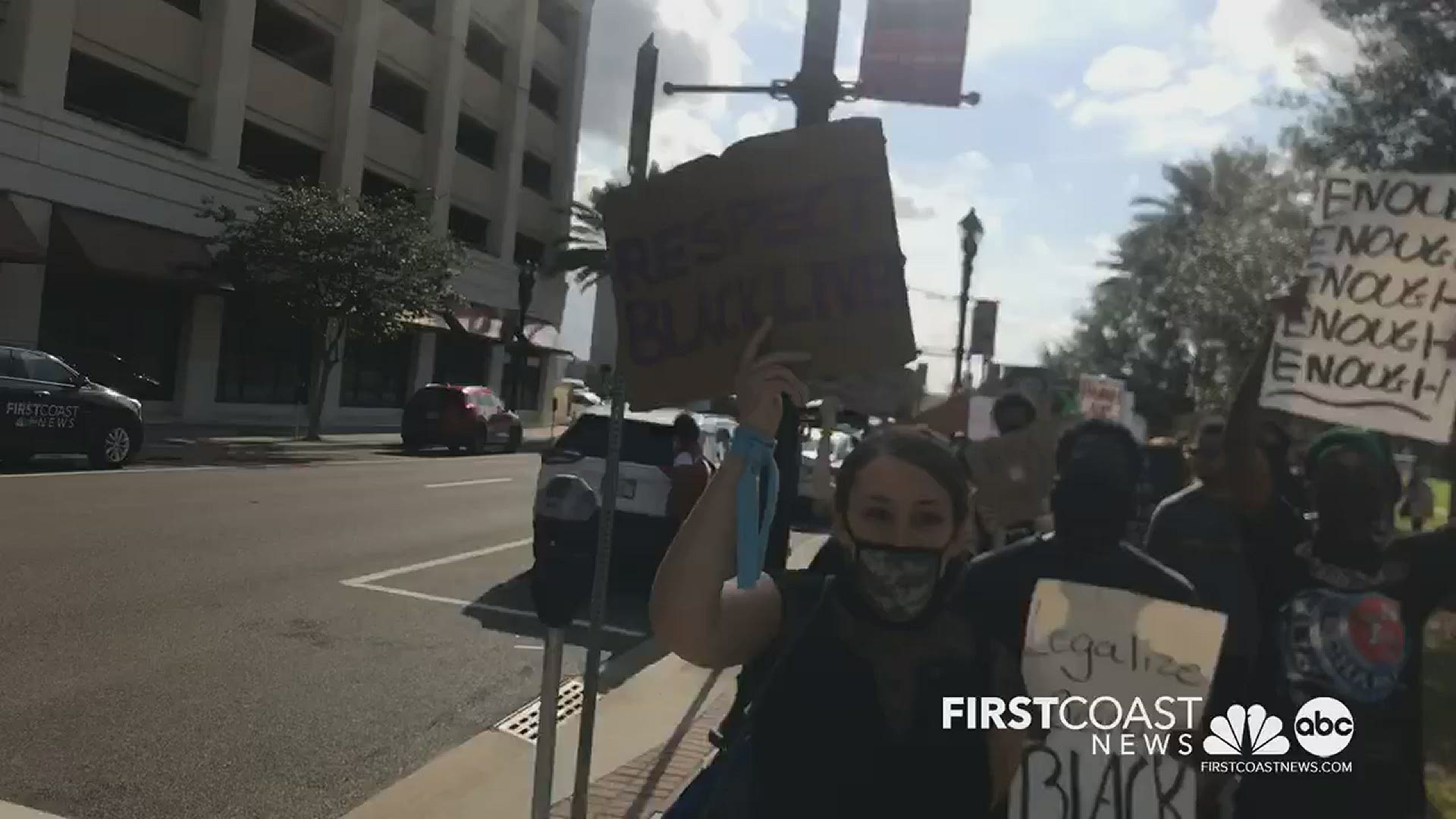 RELATED: RECAP: Damage from this weekend's protests in Jacksonville

RELATED: 'Our sons, daughters, grandchildren are who we are fighting for,' says Ron Davis

RELATED: World alarmed by violence in US; thousands march in London