An observer said the two sides remained calm as they expressed widely divergent opinions on removing the monument to Confederate soldiers. 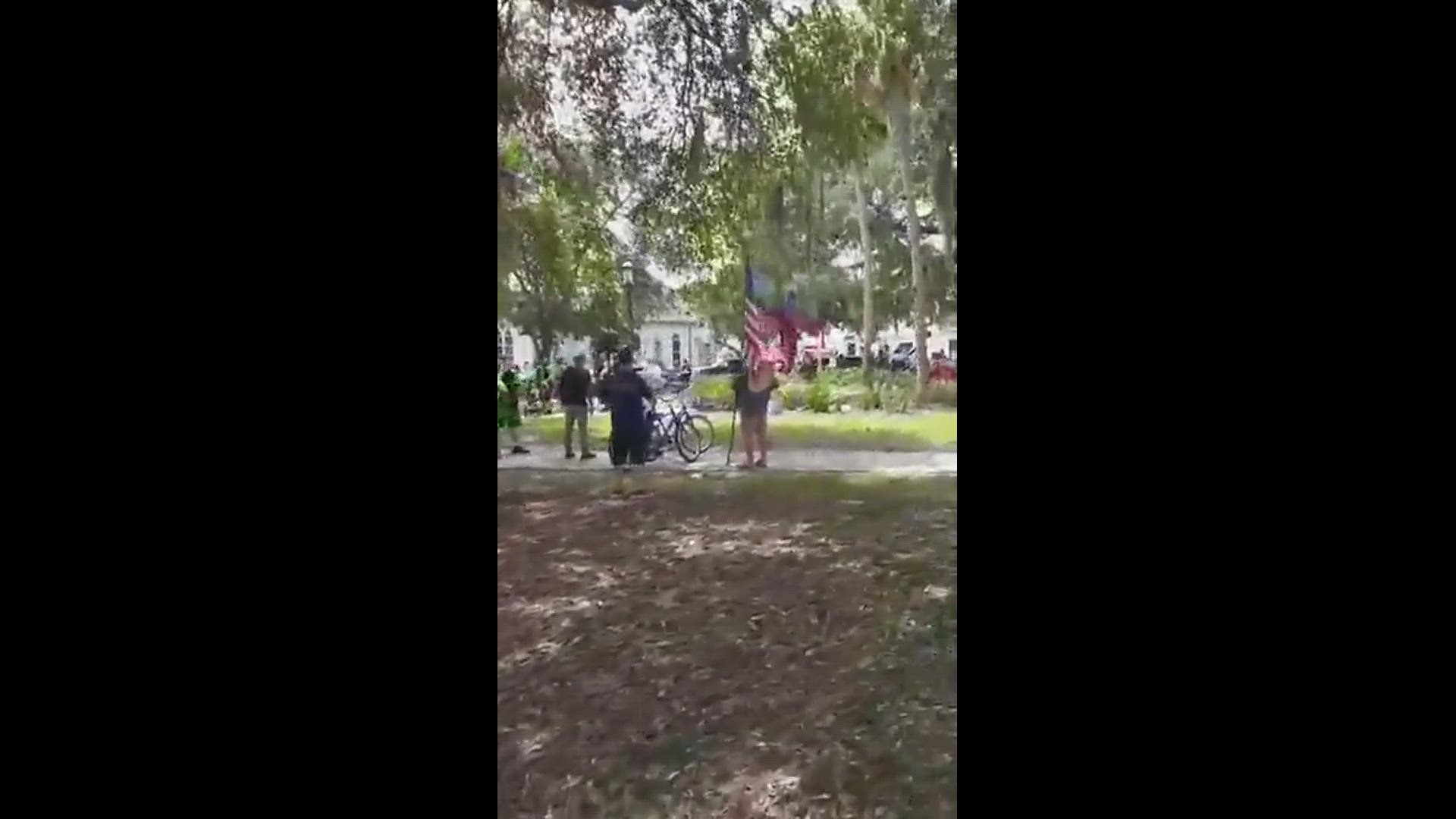 Former County Commissioner John Reardon, who provided First Coast News with video, said people who want to keep the monument in place numbered about 10 times the people who called for it to be removed, something the city commission has already approved in a 3-2 vote.

There were some “heated” verbal exchanges, Reardon said, but generally, the two sides remained peaceful. He said he was proud to see people who disagree so broadly with each other stand calm in the face of opposition.

“It’s what America is all about,” he said.

Reardon said at one point a Black Lives Matter supporter holding an American flag stood with a counter-protestor with a Confederate flag. He said the two men held a brief discussion and prayed together.

There was a “fairly heavy” police presence, Reardon said. He said the officers stood at the periphery and acted professionally, which he said was likely a reason the activities remained peaceful.

RELATED: Lawsuit to be filed against City of St. Augustine over removal of Confederate monument