A pen-pal relationship with the president that lasted over 25 years. 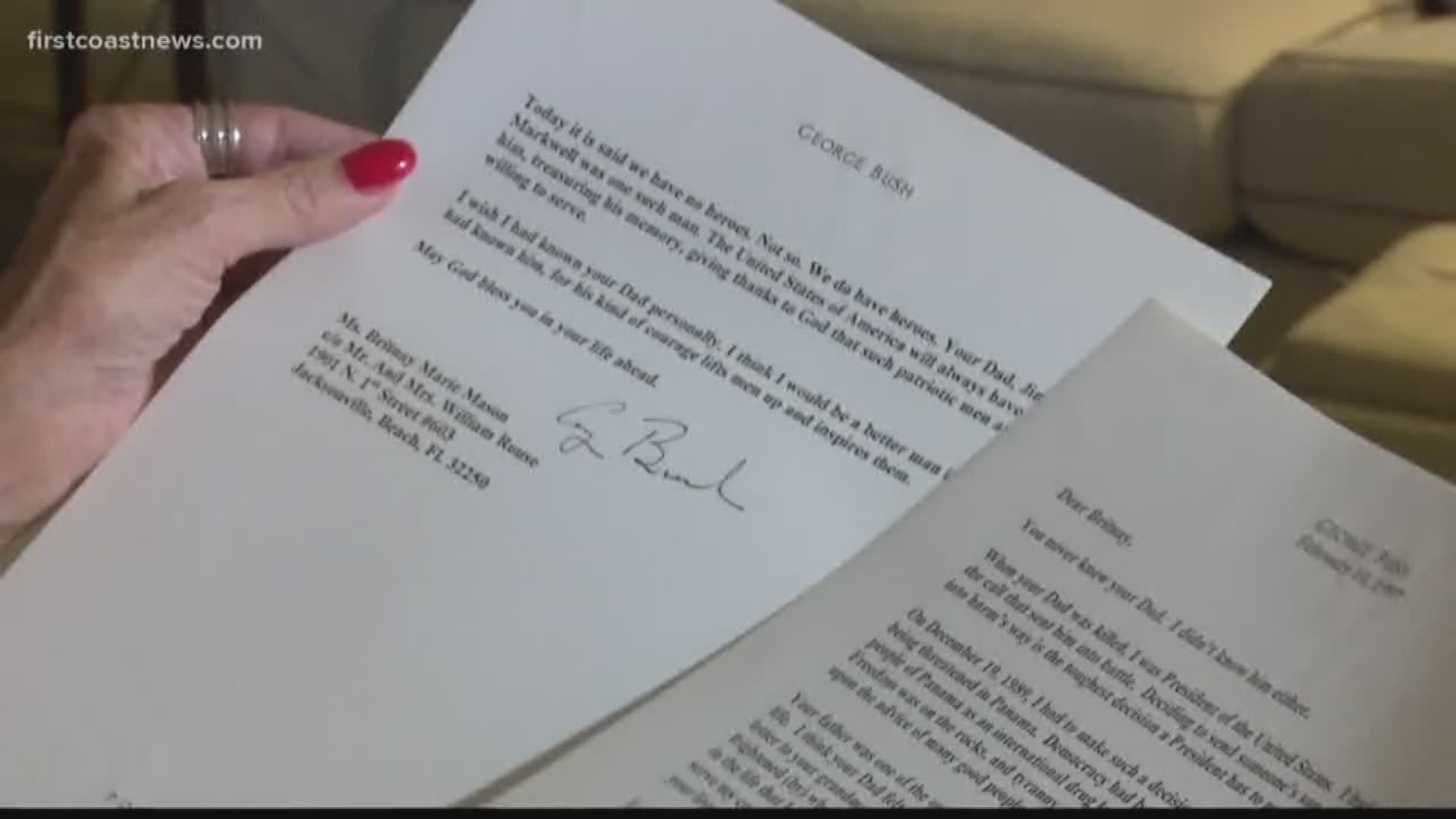 As the country mourns the loss of President George H.W. Bush, a St. Augustine woman reflects on a pen-pal relationship she had with the leader of the free world: one that lasted 25 years.

Sandee Rouse met the president at an event in Cincinnati, Ohio in late 1989.

It was just weeks after her son Jim Markwell -- a medic with the Army Rangers – died on a mission in Panama. Jim left behind a letter for his family explaining his passion for the country. Rouse made copies and gave one to President Bush.

She explained the pair spoke for 45 minutes as nervous assistants watched the clock, but the president never once rushing her.

“He wasn’t the president when he was in that room, but he was a father who lost a child," Rouse said. "And who had been in the war and had lost buddies and who could truly understand what we were going through.”

Soon after, a 25-year exchange with the President and his family began. Notes, signed books and unsuspecting envelopes from Mr. and Mrs. Bush. In the years that followed, she has dedicated her time and love to fellow Gold Star families.

“As my life unfolded after that, I would reflect on him and his humility and how he handled things,” Rouse said.

Then a letter addressed to Jim’s daughter who was born after her father was killed in action. Typed-up by Mr. Bush himself on his computer, he explains off the top.

“I wish I had known your dad personally, I think I would have been a better man if I had known him. For his kind of courage lifts men up and inspires them,” Rouse said.

Sandee received her last correspondence in 2015 – the former president grateful for her service to military families.

“It’s in God’s time, and like Jim was meant to be a Ranger doing exactly what he was supposed to do, and I think he was destined to become president,” Rouse said.