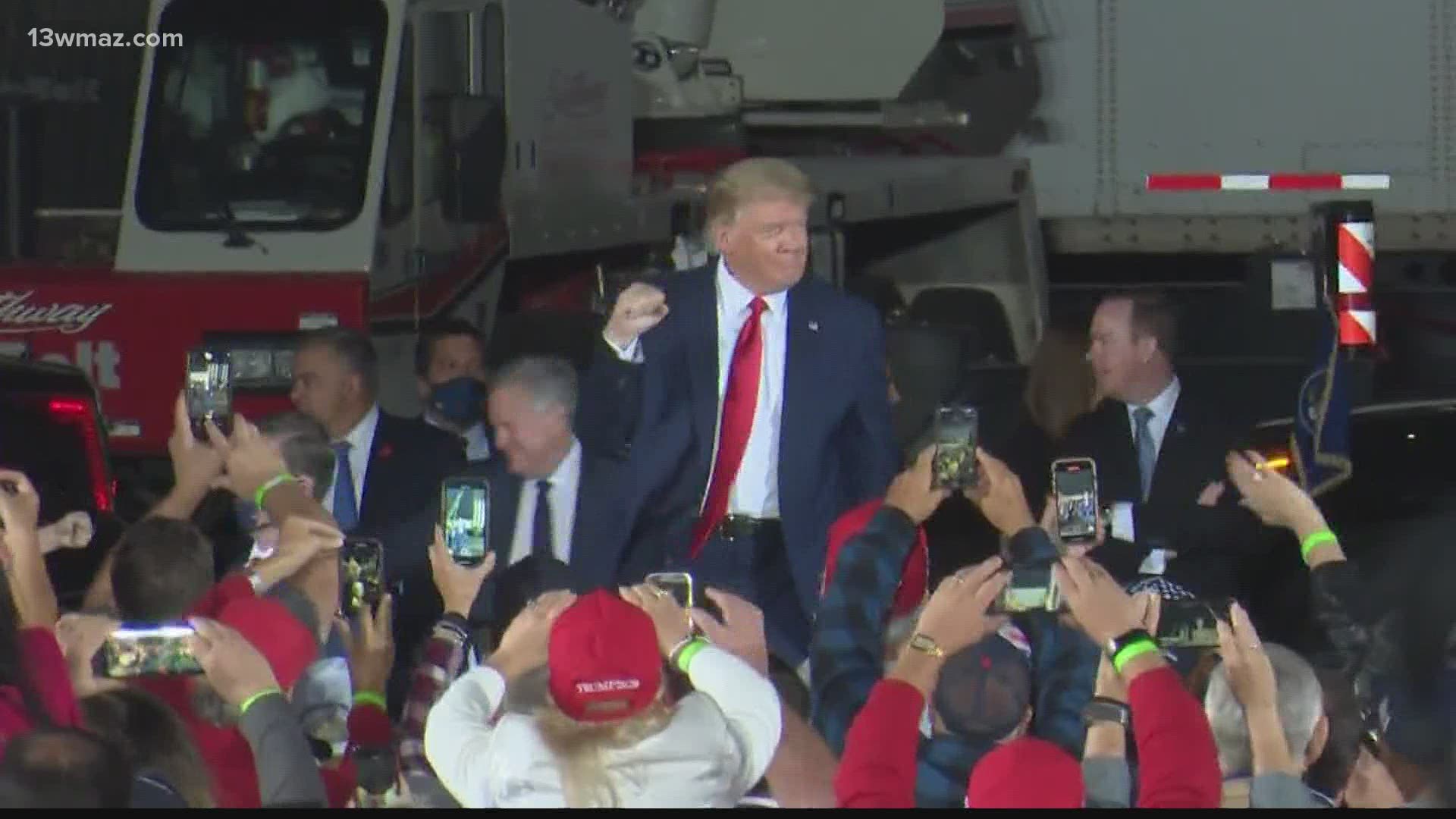 "I love Georgia. I love being with you," he told the crowd.

People came from all over the state and the country to be at the rally.

Vincent Tally drove from Atlanta because he says he couldn’t miss his chance to see the president so close to home.

"Once you get past his personality, I realize he’s not everyone’s cup of coffee, but you gotta get past that and see what jobs he’s actually getting done -- the economy, the Black unemployment rate, being energy-independent. There's a lot of things that he's doing well.

Shannon Watkins and her daughter Kaylee say they wanted to get as close to the president as they could.

"The excitement, the environment. I mean, seeing him, seeing him in person, watching him come in. I just can't even imagine," says Shannon.

Among other things, Trump talked to the crowd about his experience being in the hospital for COVID-19 just two weeks ago.

Melissa Valeriano says she used to support Democrats like Bill Clinton and Al Gore, but she says 9/11 changed everything for her and she has voted Republican ever since.

"At the time, I started becoming more conservative or kind of starting to gravitate towards that party and I've been with the party ever since," she says. "I can vote for someone and feel happy to be supportive of the person I’m voting for instead of just saying well I’m voting against this person and I don’t even care what’s on the ballot."

As for COVID-19 concerns, she says she had her mask in her bag if she felt like people were getting too close for comfort.

People in the crowd did have masks on, but the majority did not.

Many people we talked to on Friday said they were not worried about getting the virus at the rally.

Trump spoke from 7:20 to a little past 9 p.m. before taking off in Air Force One.