Punita Patel craved water buffalo milk from her home in India but couldn't find any in the US. She decided to start her own farm. 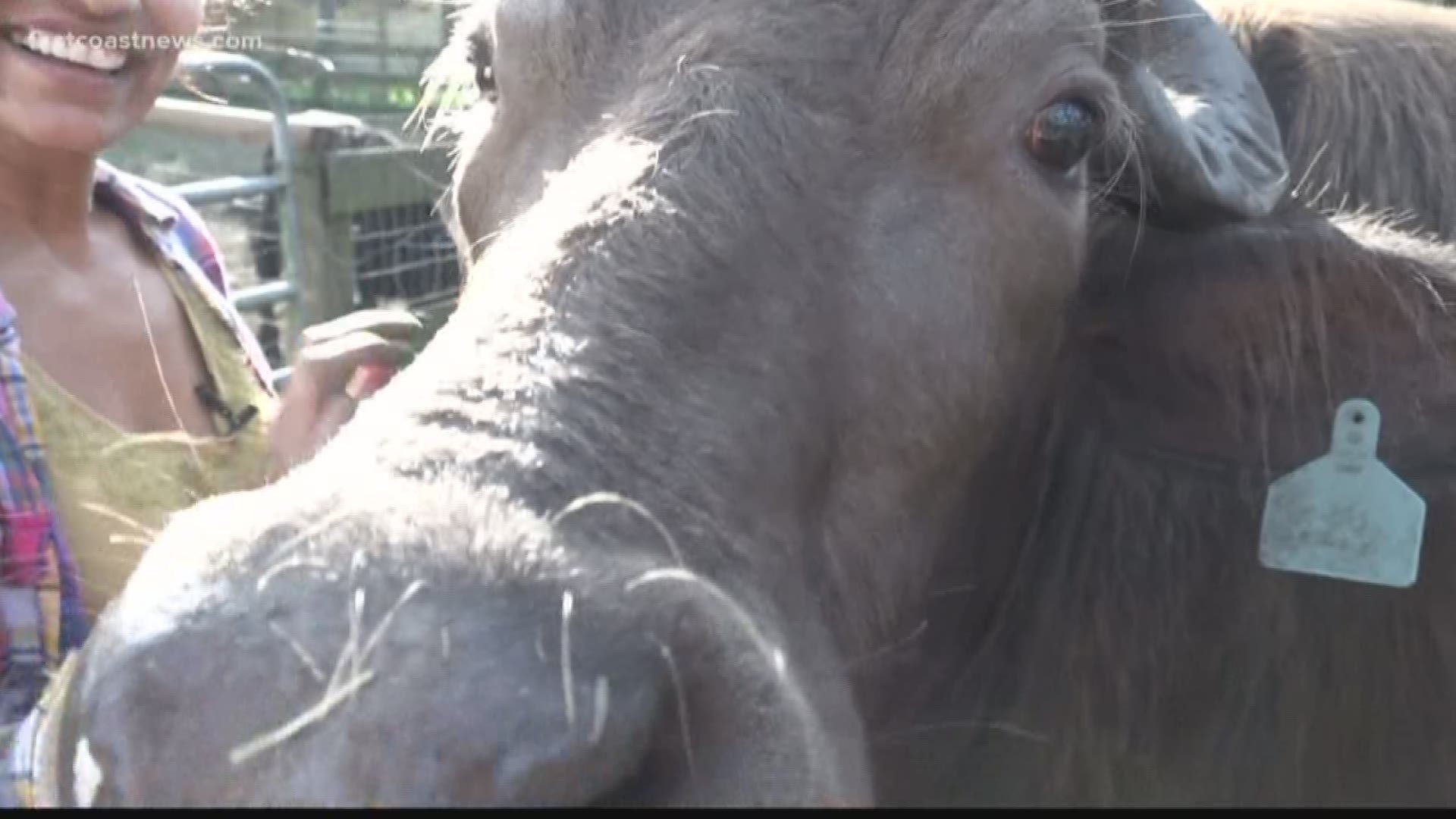 PONTE VEDRA BEACH, Fla. — Tucked away in a Ponte Vedra backyard, you’ll find something a little out of the ordinary -- a handful of enormous creatures that provide friendship, food and community.

Just like John Denver sang, Punita Patel has built her home where the buffalo roam, but she puts her water buffaloes to work.

Patel, born and raised in India, began craving the water buffalo milk of her childhood. However, she couldn’t find it anywhere here in the US.

“I missed it terribly," she said, describing the milk as, "a very creamy, luscious product.”

So Patel bought herself a special present --a water buffalo named Goldy, from a farm in New Jersey.

One water buffalo quickly grew to three, and now, several of their babies. But not all her neighbors love the Backyard Buffalo farm.

“Some of our neighbors have complained that this farm is smelly, the other neighbors are super supportive,” Patel said.

Patel milks her three mature buffaloes, Goldy, Milky and Lola, right in her backyard farm. However, before she started her farm, Patel did extensive research.

“I went to India and I talked to buffalo farmers there to see how they do it and what the differences are,” she said.

Patel hopes to get more buffaloes. Her goal for this year is to keep growing on the local level and sell her products in local grocery stores on the First Coast.