This marks the third shooting since mid-December at Lenox Square. 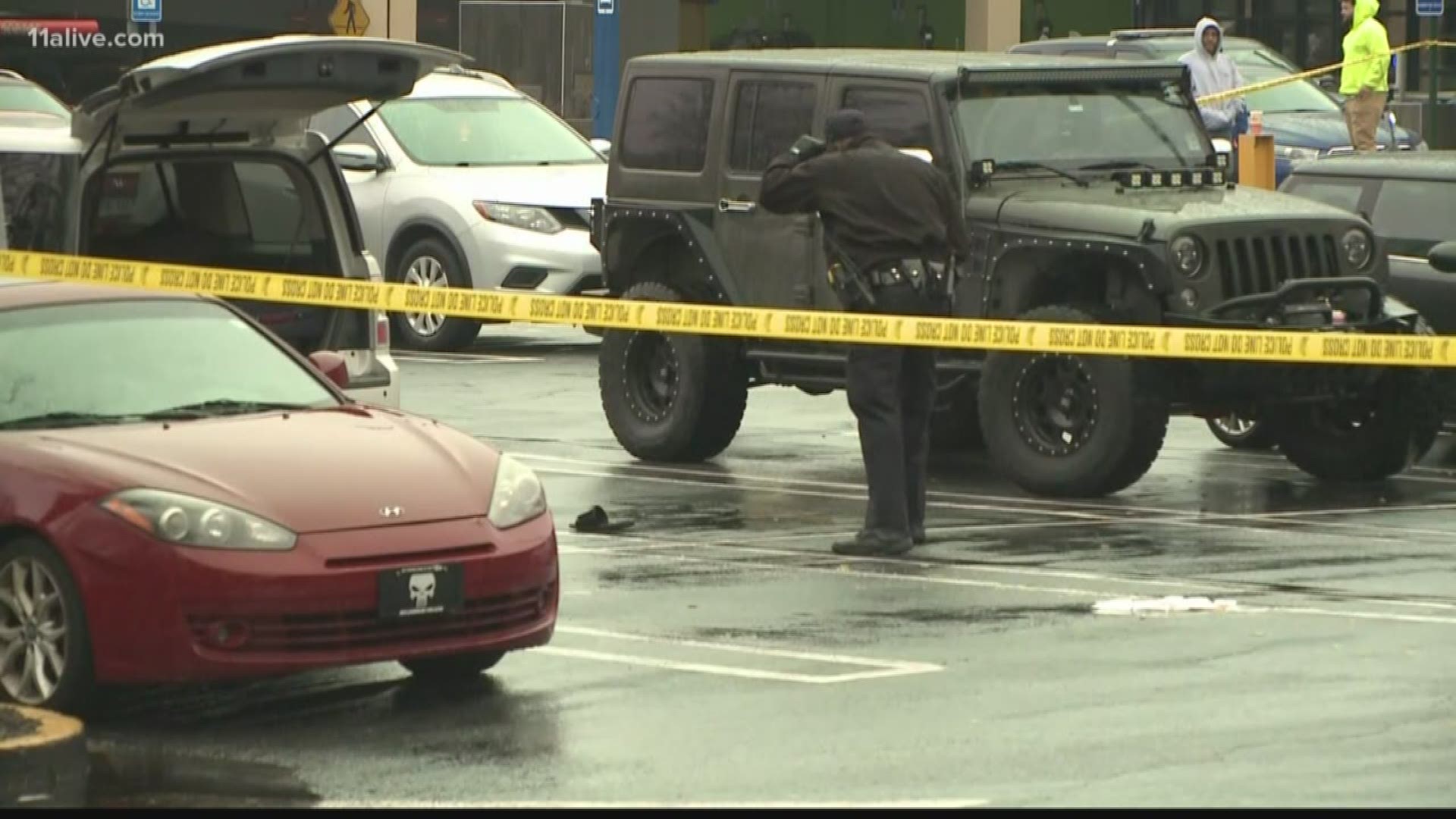 ATLANTA — Atlanta Police said they are investigating a shooting in the parking lot behind Bloomingdale's at Lenox Square in Buckhead.

According to Atlanta Police Sgt. John Chafee, the man who was shot was taken to Grady Memorial Hospital and is reported to be in stable condition. Chafee said that the victim and the suspect were both in their late 40s.

According to Chafee, there was a pre-arranged meeting between the two men outside the entrance to the Bloomingdale's store at Lenox Square. He said that there was apparently some sort of transaction taking place between the two. At some point during the transaction, Chafee said, the suspect shot the victim once in the abdomen and fled the scene.

Chafee said a third person was present, a friend of the victim who was inside a white SUV when the victim was shot.

This marks the third shooting since mid-December at Lenox Square.

Chafee was asked about the increased number of shootings at the upscale shopping mall. He pointed out that there is an Atlanta Police presence at the mall, including a police mini-precinct within one of the parking structures at Lenox Square.

Chafee called each of the shootings "very brazen," and said that in the first case, the two suspects were tracked down and apprehended. The second case, he said, resulted in an officer-involved shooting.

He said that in this case, as with the previous cases, officers responded very quickly.

Chafee said the perpetrator, in this case, was also very brazen and that officers were looking forward to bringing the case to a close very quickly.

Lenox Square Mall: What we know about Saturday's officer-involved shooting