The man fled the bank parking lot in a grey or silver Nissan Versa or Sentra northbound on San Jose Boulevard. 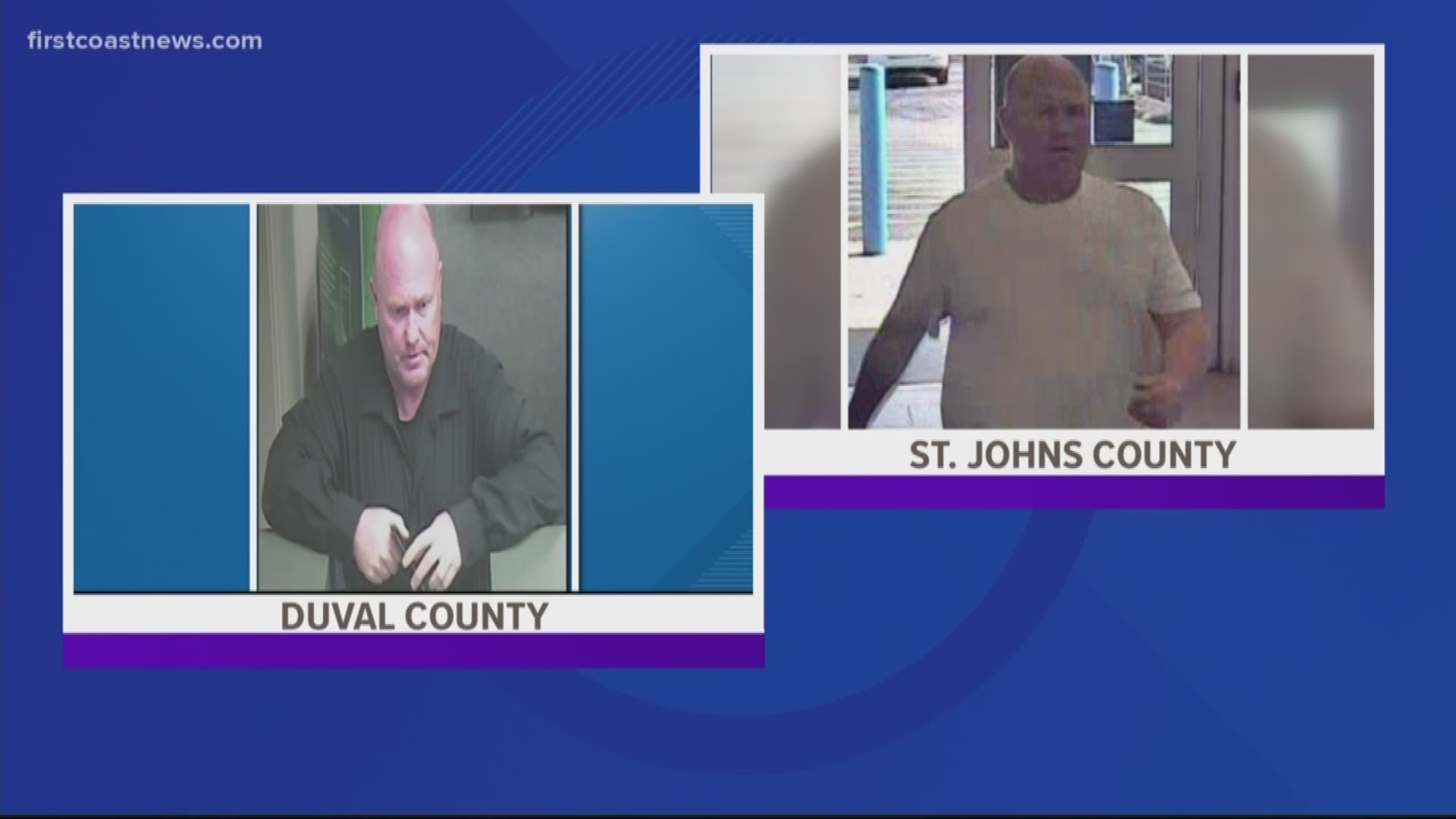 Police say they believe the suspect who robbed a bank in the Mandarin area Thursday is connected to a bank robbery that took place in St. Johns County earlier this month.

On Friday, Jacksonville Sheriff's Office released a photo of the man who they believe robbed the Fifth Third Bank in Mandarin as well as a photo of his get-away vehicle.

St. Johns County deputies say the incident may be connected to a Feb. 10 bank robbery in the 2500 block of US-1 South.

In both cases, the suspect is described as a white male, possibly in his late 40 or early 50's and is approximately 6-feet-tall with a bald head.

First Coast News is also looking into whether or not the individual is connected to more crimes in the Orlando area.