When police arrived, they found one man between 20 to 25 years old who had been shot multiple times inside a small Nissan SUV. He was pronounced dead at the scene. 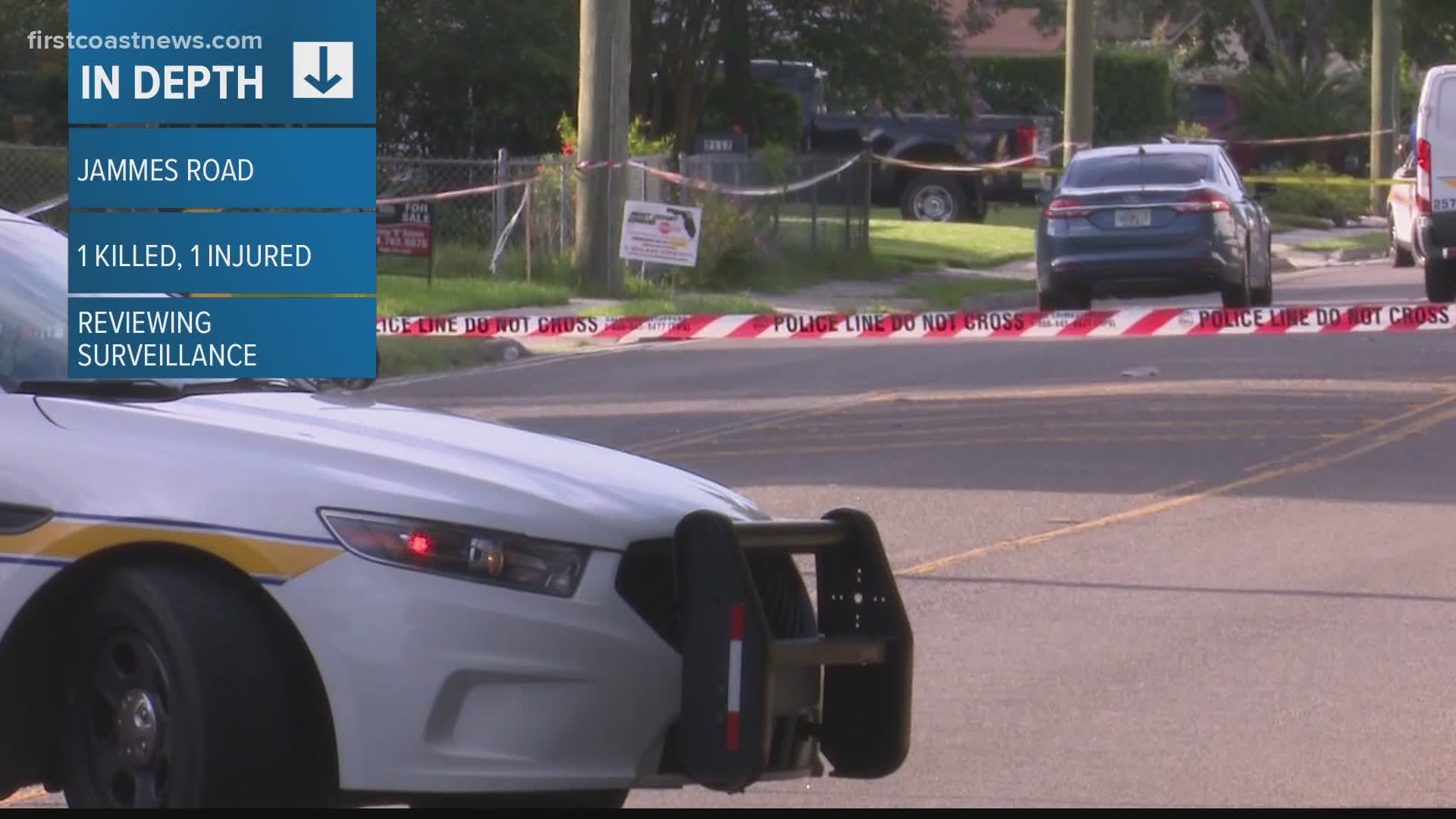 When police arrived, they found one man between 20 to 25 years old who had been shot multiple times inside a small Nissan SUV. He was pronounced dead at the scene.

Police say they found drops of blood leading away from the SUV. A second male victim was discovered at a hospital, according to JSO.

Investigators believe the shooting was an exchange of gunfire between two people in the vehicle. Police are now canvassing the area, searching for any possible surveillance video and possible witnesses to the shooting.

Weapons were discovered at the scene, JSO said.

The person who called 911 was inside the victim's car, police said, and that person is being detained for questioning only.

Both of the injured victims are believed to be rear-seat passengers, police said. The vehicle was driving North on Jammes Road when the driver quickly pulled over.

The shooting possibly occurred inside the vehicle, police said. Some type of argument inside the car may have led to the shooting.

Below is a map of all the homicides reported in Jacksonville so far in 2020.

Westside Homicide Investigation @JSOPIO are investigating near the 2100 block of Jammes Rd after a man was found shot to death inside a SUV.
Police found a second victim by blood drops at the scene.
The third vicitim called 911 and is cooperating with questioning. @FCN2go pic.twitter.com/5kwkmCxWnd

RELATED: Man expected to be OK after shooting in Hyde Park neighborhood