The Jacksonville Sheriff's Office is investigating a deadly crash on Argyle Forest Boulevard. 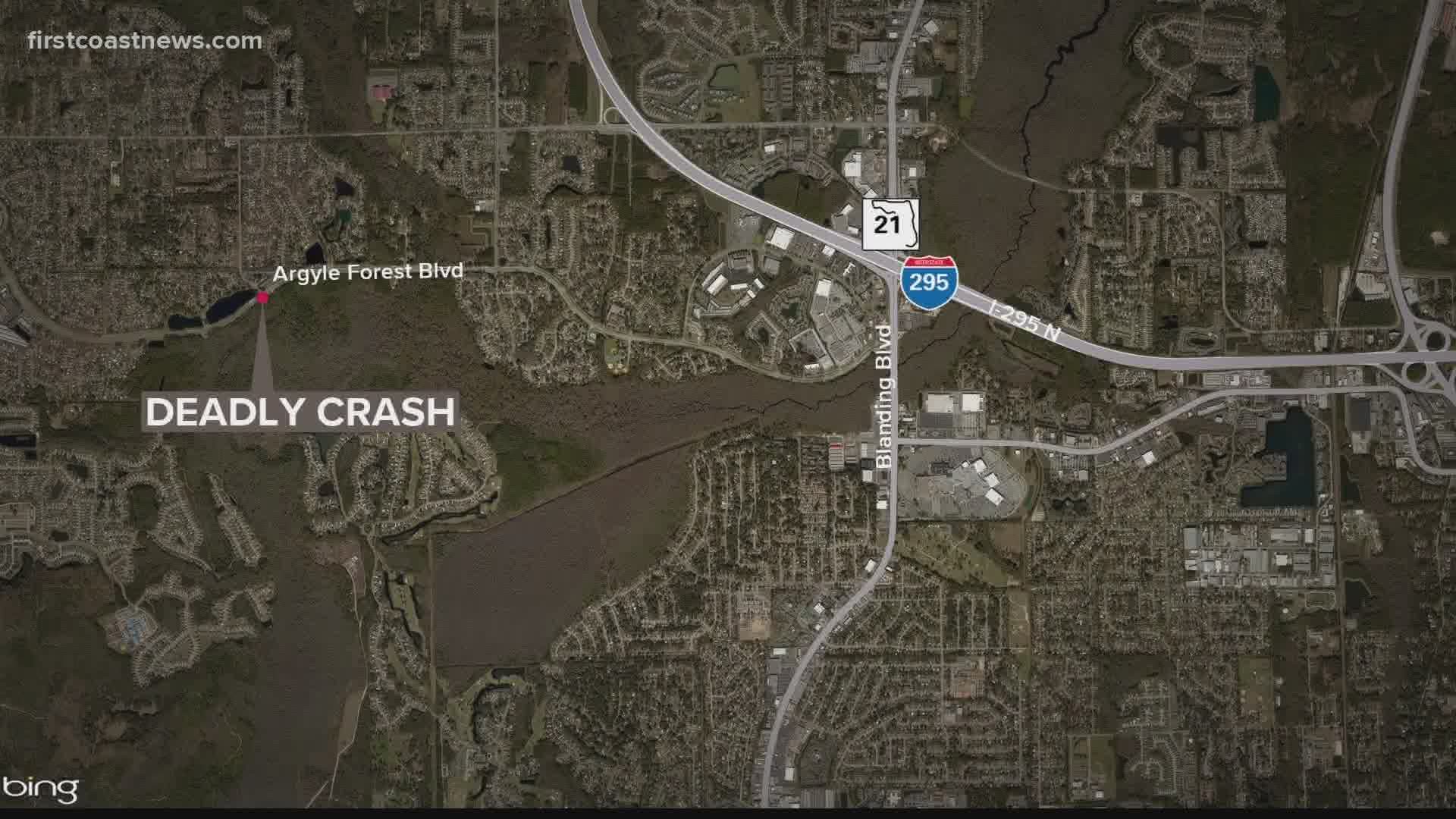 JSO said officers and Jacksonville Fire Rescue Department were called to the intersection of Argyle Forest Boulevard and Westport Road at 7:38 p.m., regarding a crash with injuries. When they arrived, officers and JFRD crews found two badly damaged vehicles.

The driver of one of the vehicles was pronounced dead at the scene by JFRD, JDO said. An adult female passenger was taken to the hospital, where a doctor pronounced her dead.

The other vehicle's driver was a young man, and he along with a younger passenger sustained minor injuries, JSO said. They were not taken to the hospital.

Police said at this time there are no witnesses to the crash.

Police said the driver who died was making a left turn from Westport Road onto Argyle Forest Boulevard when the other vehicle, which was traveling on Argyle Forest Boulevard, collided with the first vehicle. JSO Traffic Homicide was called to investigate the circumstances leading to the crash and will try to figure out who was at fault, police said.