The animal rescue says four cats have died, two others have disappeared, and all five kittens a pregnant cat was carrying died. 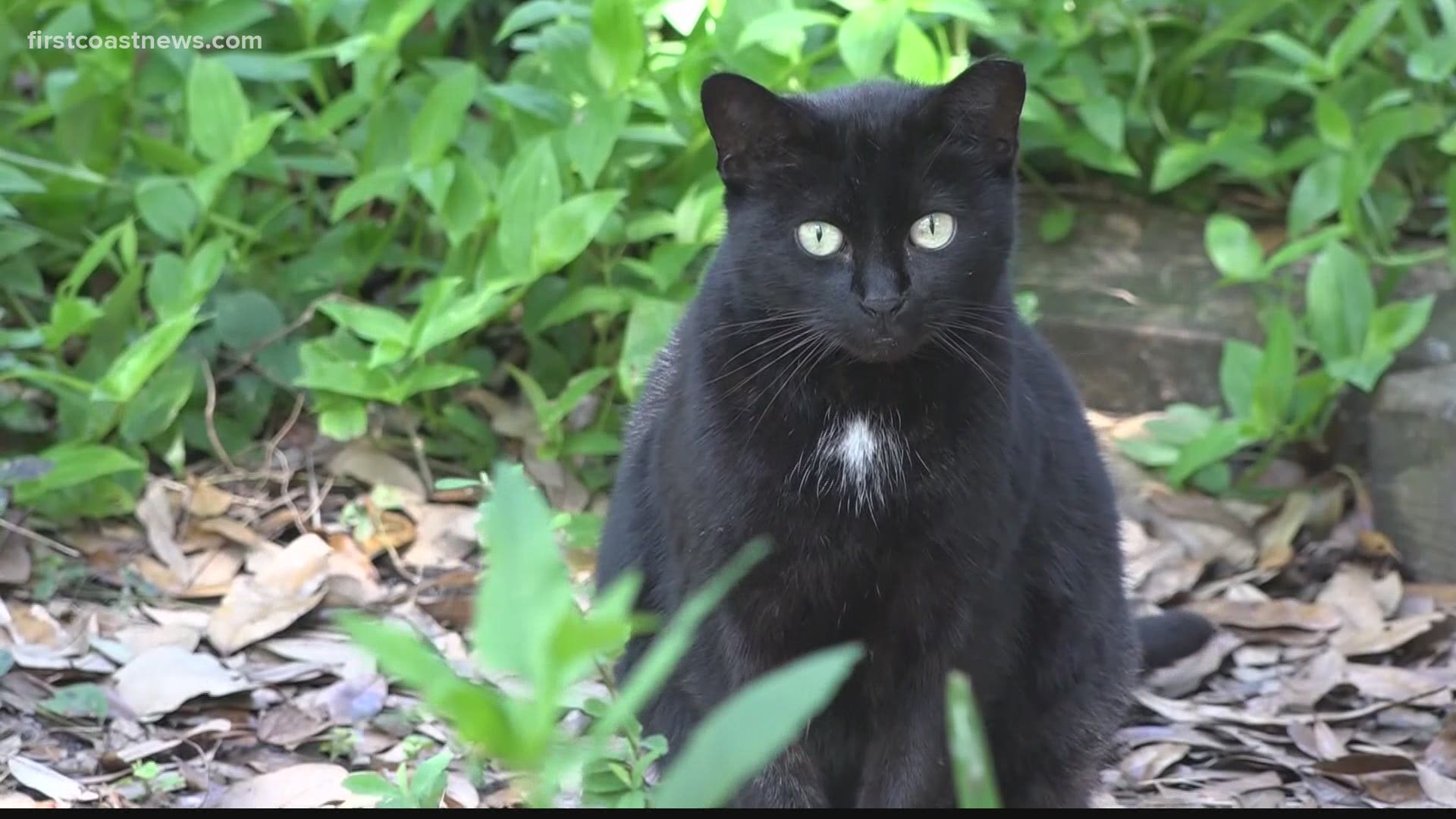 JACKSONVILLE, Fla. — The Jacksonville Sheriff's Office and animal control are investigating after community cats being cared for by a rescue were shot dead in Duval County.

A caregiver has been taking care of the cats in the colony for more than a decade.

Those with the rescue say they found a pregnant cat named Feathers shot and paralyzed on the pavement. They discovered another cat shot and killed in a grassy area. A resident found another dead cat in his backyard, and someone shot and killed a fourth cat behind a convenience store.

Ralph S. Howie, Jr. feeds about 30 community cats living in a colony between a shopping center and a residential area in the Argyle Forest neighborhood of Jacksonville.

“It was very disturbing when we started having problems with them being killed, shot with a pellet gun," Howie said.

John McFall is the president of Veterans and Patriots Animal Coalition, the non-profit organization caring for abandoned or neglected animals.

“It’s really heartbreaking, and it makes you angry at the same time," McFall said.

McFall says in addition to the four cats shot and killed, two other cats have disappeared, all five of the kittens pregnant cat Feathers was carrying died. He says something else is happening to the kittens.

“Some of the kittens on the property here have had their eyes blown out by water cannons being put along the property by some of the residents," McFall said.

The rescue's goal is to trap the cats, spay or neuter them, and have them live out their lives at a sanctuary in northeast Florida.

This is all while Howie, their long-term caretaker, hopes and prays the killing stops.

“It breaks your heart," Howie said. "I pet them every day. I take care of them. I take them to the doctor when they’re sick. I’ve been in this area doing this for 15 years.”

We brought you the story earlier this month of community cats apparently being poisoned in Duval and Palatka Counties. The rescue groups plan to install security cameras in hopes of catching the people doing this.

Veterans and Patriots Animal Coalition, a non-profit rescue, says 4 #cats have been shot & killed in a colony they care for in the Argyle Forest area of Jacksonville. @JSOPIO and animal control are investigating. I'll have the details live on @FCN2go #GoodMorningJacksonville. pic.twitter.com/mIVFdM7iD1