A witness named Ginger Williams recorded some of the incident on her cell phone and posted it to her Facebook page headlining it "SOCCER WHILE BLACK." 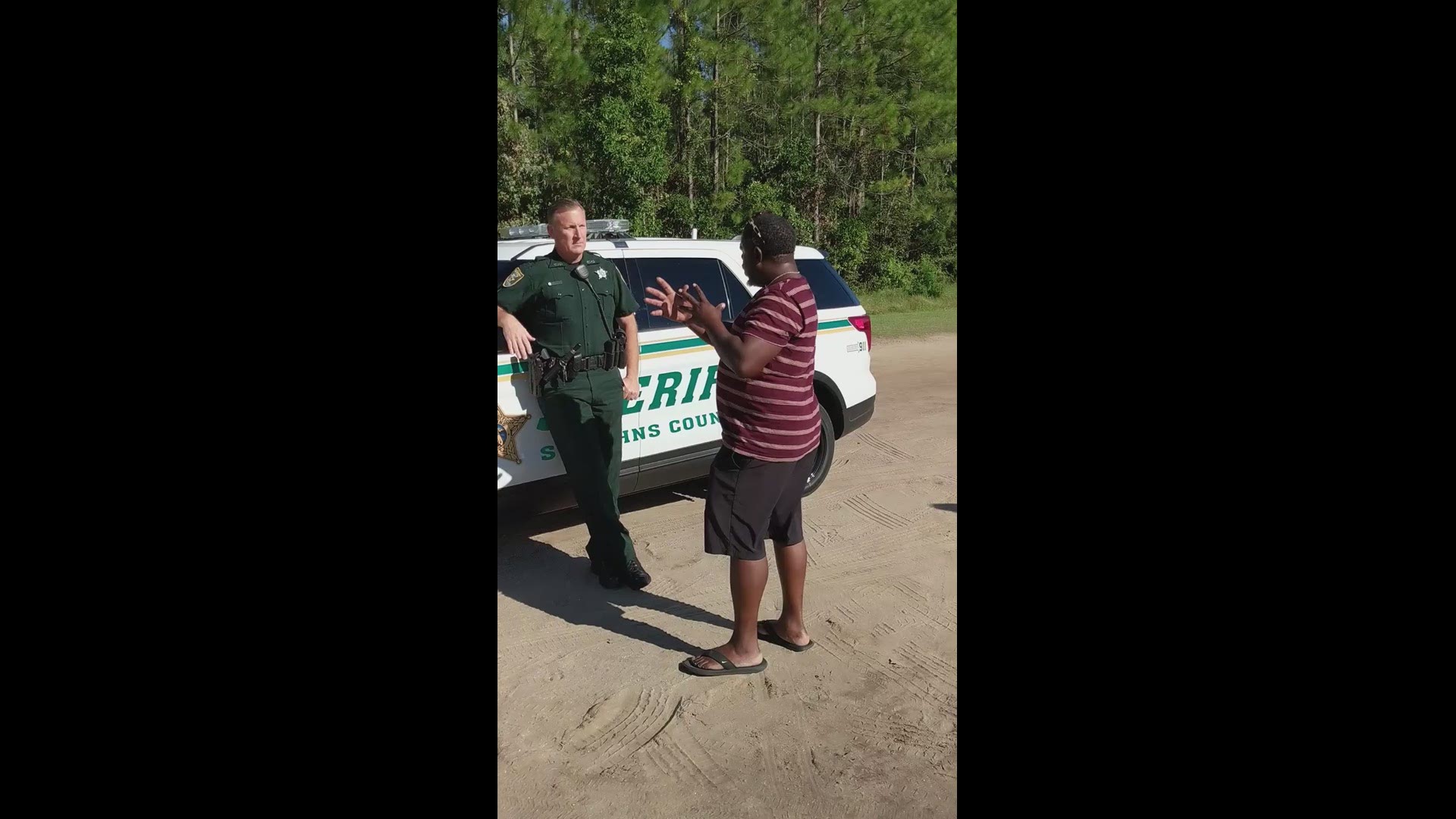 St. Johns County deputies were called on a father during a teenage recreation soccer league game in Ponte Vedra over the weekend.

A witness named Ginger Williams recorded some of the incident on her cell phone and posted it to her Facebook page headlining it "SOCCER WHILE BLACK." She also dubbed the field marshal who called the police "Golfcart Gail" because she approached the father while riding in a golf cart.

Williams said the father was only speaking to his son about a call the ref made and when he attempted to leave to diffuse the situation, the field marshal called police.

Williams' Facebook post continues to spread with people alleging that this is yet another case in a disturbing national trend of people trying to weaponize police against a person of color.

Gary Easom, president of the Ponte Vedra Athletic Association, said the incident is being mischaracterized on social media and is more about parents behaving badly while watching their child play soccer.

During this particular game, the players were 15 years old. Easom said a father had already been ejected for being verbally abusive to the high school aged referees. He also said a mother was scolded for using profanity in the stands.

Easom, who was not at the game, said the field marshal reported the incidents to him. "This happens more times than I would like," he said, adding that police are usually not called.

The father the field marshal called police on told deputies he was simply coaching his son up. "I told him 'Hey, the ref is always right,'" he's heard telling the deputies on Williams' video.

Easom said parents are not supposed to approach their children during the game.

The father also said he had taken responsibility for the child whose parent had been thrown out earlier. He said when he attempted to leave he told the other parents to make sure his son and the other child of the earlier-ejected parent would be transported home because he had to leave due to the confrontation with the field marshal.

Williams said the father attempted to leave because of the altercation, but the field marshal called police anyway.

St. Johns County deputies spoke with the father, the field marshal and Williams who said she videotaped the incident because she wanted to ensure the safety of the parent.

Deputies let the dad go and said they would not detain him.

"Good, I didn't want anything like that done," the field marshal says in the cell phone video.

One of the deputies on scene said to Williams that it is within the marshal's right to call the authorities and that he was there to diffuse the situation.