Jacksonville is the 5th city in the nation to align with Atlanta-based Movement Forward, the foundation that created the OneCOP program. 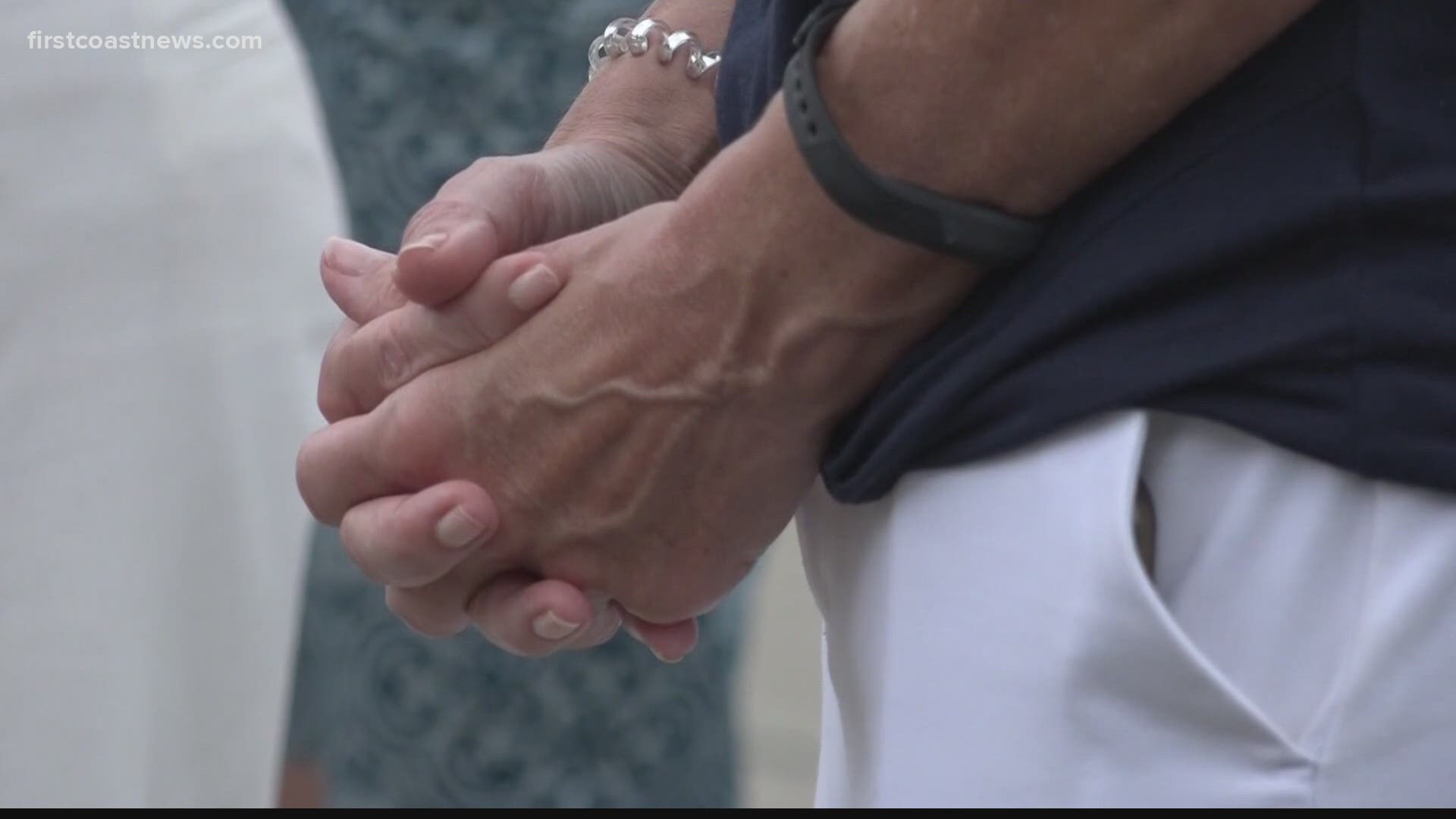 JACKSONVILLE, Fla. — Faith leaders from around Jacksonville gathered Tuesday not to pray, but to launch a new partnership with law enforcement.

Called ONECop, short for "One Congregation, One Precinct," the program aims to transform houses of worship into “force multipliers” for police, creating a conduit for communication with law enforcement and a shared effort to combat violent crime.

The Jacksonville Sheriff’s Office is just the fifth agency in the country to align with Atlanta-based Movement Forward, the foundation that created the program.

JSO invited the head of every congregation in the city - some 1,200 pastors, rabbis and faith leaders of every stripe - to the program’s inaugural luncheon at the Prime Osborn Convention Center. According to JSO, about 450 attended.

The formal launch followed a daylong training Monday with 30 faith leaders at the Jacksonville police training facility, an effort to give them a sense of what it’s like to be a patrol officer.

“It's easy to fear those whom you do not know. But it is very difficult to hate up-close,” the Rev. Markel Hutchins, the program’s Atlanta-based founder, said. “We have to come close enough to be able to help each other and to hold one another accountable.”

Hutchins says the collaboration goes both ways, advancing the cause of social justice and building trust in the community.

As part of OneCOP, patrol officers commit to taking an active role in a community congregation, attending events or services, and becoming a familiar face to congregants. At the same time, JSO commits to demystifying police operations through training and education, including events like Monday’s shoot/don’t shoot session at the Northeast Florida Criminal Justice Center.

For Pastor Roberto Sanchez of Universidad Cristiana Logos, the training was eye-opening.

“I can say, is not easy to be a police officer," Sanchez said. "Just to see you know how you had to make a decision in less than a second in your life is on the line is no easy task.”

He urged others to join the program. “We're talking about unity. This is the moment! We always say we want to be united well, show up!”

Pastor Rebecca Zeigler of Dove Outreach Ministries says the officer training drills gave her a greater appreciation for the work of police, and says the partnership with police is one for which she will personally evangelize.

“I want to talk about what's perceived and what's really real," Zeigler said, "and really give them some insight on what our officers here are really dealing with.”

Hutchins acknowledged there will be skeptics about the partnership, but believes the faith community must be all-in on stopping violent crime.

“Crime and violence must be of public interest, and not just the interest of law enforcement,” Hutchins said. “All of us sincerely believe that there's some changes that have to happen in law enforcement across the board. I don't think that any of the folks that have spoken today think that everything is perfect. But we are better when we work collaboratively.”

JSO says the program will not cost the agency any money.

You can find out more about Movement Forward here.