Police said the 21-month-old child is in stable but critical condition after being accidentally shot in an Englewood home Tuesday. 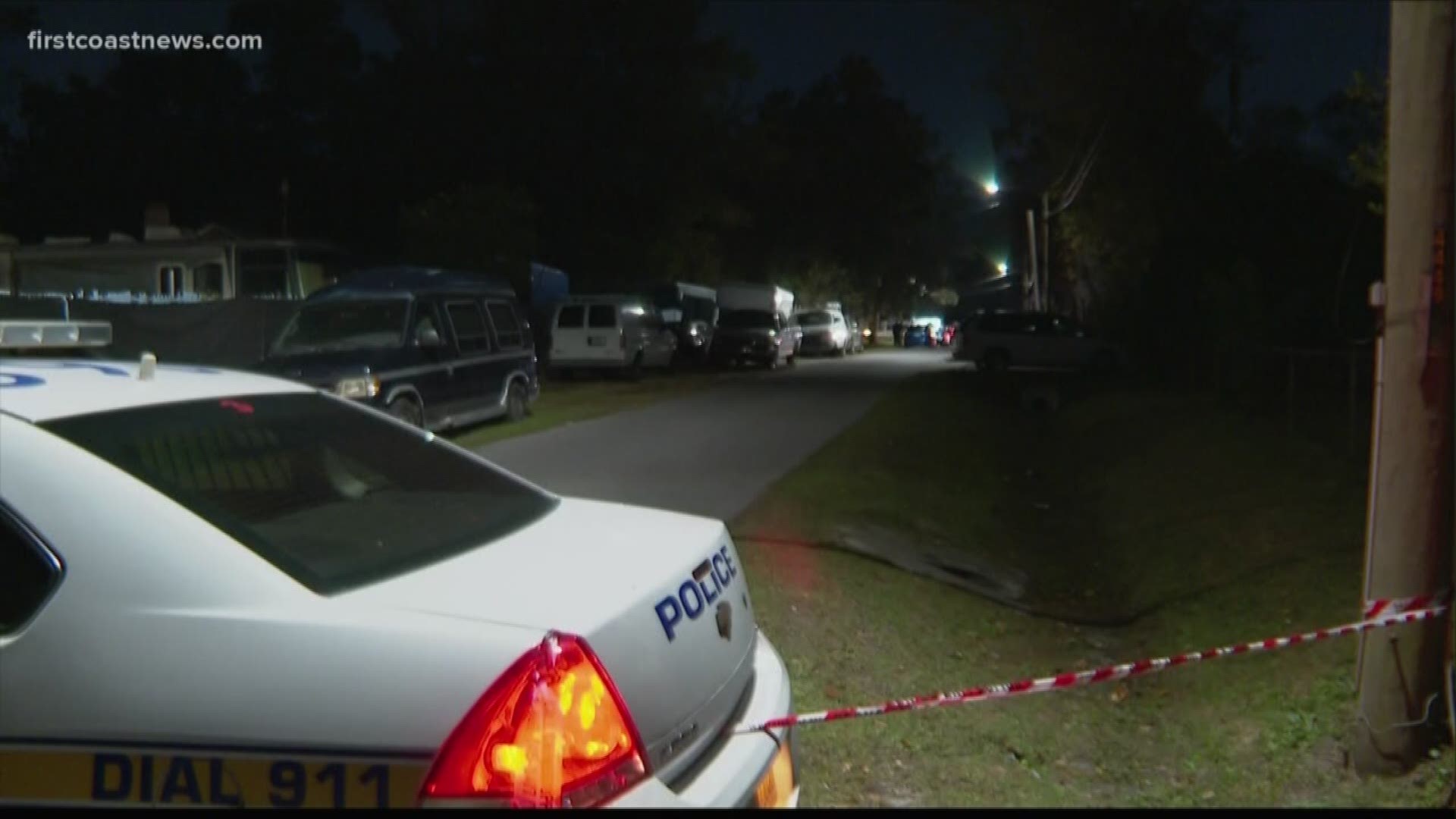 JACKSONVILLE, Fla. — Police believe a 21-month-old child was accidentally shot by a 5-year-old in an Englewood home Tuesday, according to the Jacksonville Sheriff's Office.

Wednesday, police released an update after the toddler was found with a gunshot wound in a home located in the 2400 block of Jernigan Road.

Police said a 5-year-old child is believed to have accidentally shot the toddler while an adult was present in the home.

The child was rushed to Wolfson's Children Hospital with life-threatening- injuries before undergoing surgery. Police said on Wednesday, the child was listed in stable but critical condition. A man who identified himself as the 21-month-old's grandfather posted to Facebook Wednesday saying the little boy was out of surgery and in the pediatric intensive care unit, but has a long road to recovery.

"Out of nowhere, I heard a big bang and I saw outside my window there was a whole bunch of police sirens and fire trucks," Christopher Gunderson, a neighbor, said. "I went out to investigate and saw this baby being brought out into an ambulance and it was barely screaming. I felt so bad."

Neighbors told First Coast News the 21-month-old is a boy who lives in that home with his family.

"It was scary. It was hectic," Gunderson said. "I've never been in a situation like that before. I just pray for the baby's health and hopefully he gets better."

Investigators are working to determine what led up to the shooting. Officers asked the public to call JSO if they know anything about the incident. The State Department of Children and Families has been contacted, but would not comment on its involvement.

JSO said in the update officers want to remind gun owners to ensure all firearms located in their homes are rendered safe and secure to prevent similar incidents from occurring.