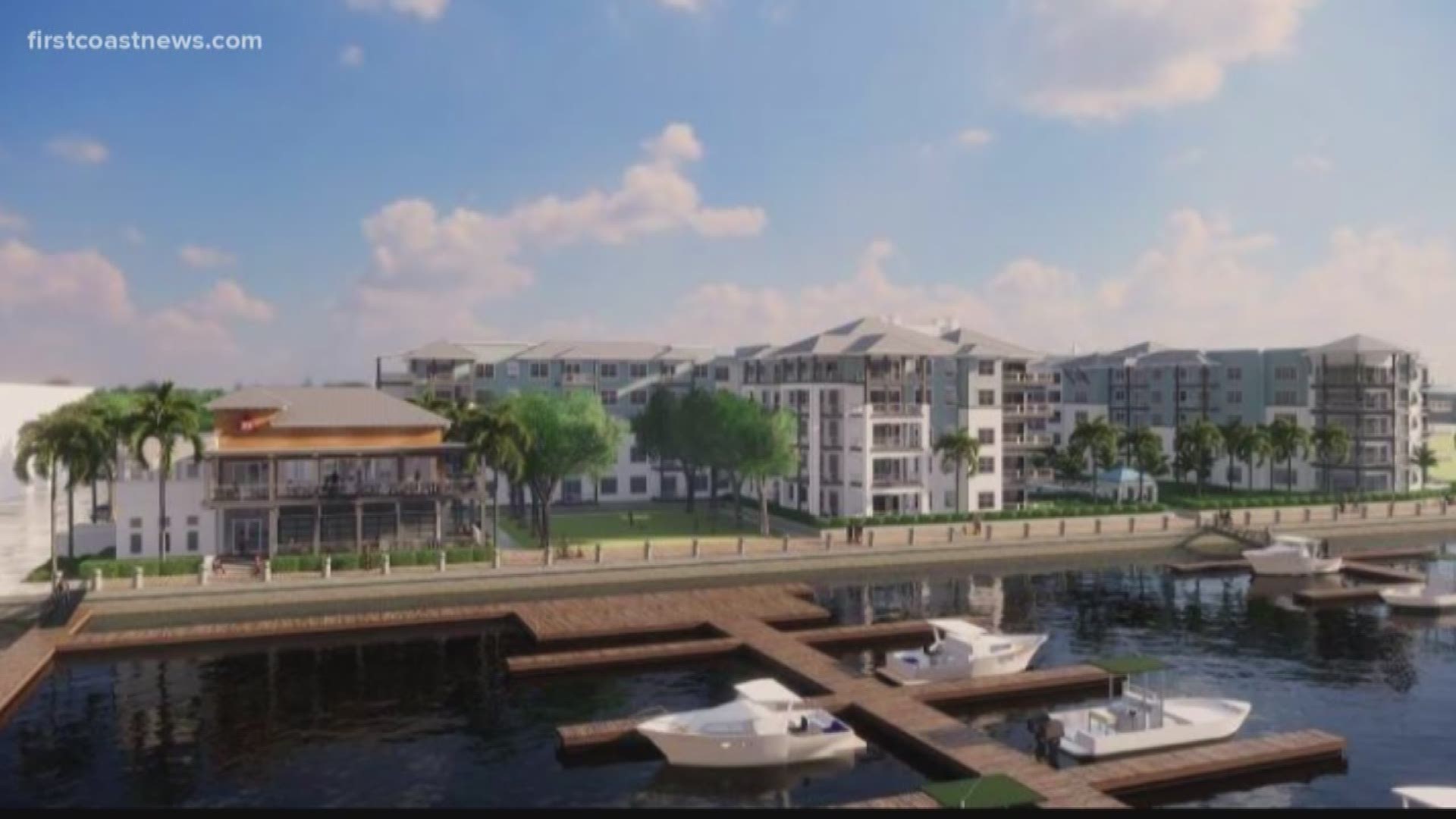 Cadenza Partners LLC unveiled details the project planned for a 5 1/2-acre site at 14549 Beach Blvd. The tract — adjacent to the Palm Cove Marina — is the current home of the Marker 32 restaurant, which will be rebuilt and relocated on the property.

Marker 32 has been a favorite of Jacksonville area residents as well as visitors since 1992. It will be showcased by the new development, said Nick Sartori Jr., managing partner of Cadenza Partners, a residential real estate development firm headquartered in St. Augustine.

Harbor Lights Jacksonville will include up to 215 multi-family homes, 115 wet boat slips and about 21,000 square feet of retail, commercial and restaurant space, Sartori said.

“We’ve run some preliminary numbers on this and it’s going to be north of $30 million,” Sartori said.

Sartori said the project is in the zoning phase of the permitting process. The initial development is expected to begin sometime in 2022, he said.

“We are designing Harbor Lights Jacksonville to provide an outstanding quality of life for residents and to continue serving as one of the premier waterfront dining destinations in the city,” Sartori said.

Sartori said they are partnering with Marker 32 to provide the new, upgraded restaurant space.

“In the near-term, there is no change to Marker 32. We want to be clear that Marker 32 is open for business and will be for some time,” said Thomas O. Ingram of Sodl & Ingram law firm, the land use attorney for the project.

Harbor Lights Jacksonville will be on the north side of Beach Boulevard and just west of the Intracoastal.

Sartori estimated an 18-to 20-month build times once construction begins.

He said it will provide needed revitalization and improvements to the area. The timing and market, he said, was right for the project. Once under multiple owners, the property now has a single owner, which also facilitated the development, he said.

Ingram said the proximity to Mayo Clinic — about 2 1/2-miles away — also was a key factor.

“Mayo Clinc’s tremendous growth and expansion over the past several years provides a ready market for residences close to where they work,” Ingram said. “Obviously, there are also many other employers in the area but Mayo Clinic certainly stands out.”

The development is expected to attract a mix of people including professionals, retirees, snow birds and boaters.

Amenities will include a boardwalk, pool and spa, fitness center and event lawn.

Harbor Lights Jacksonville, is being designed to create a walkable, upscale community “that celebrates its unique waterfront marina environment,” according to the plans.

Marker 32 will be rebuilt during the initial phase of the project, Sartori said.

The restaurant has been a longtime tenant in an older building on the site. The new Marker 32 will be modernized but still retain its iconic water views, the plans show.

There will be multi-level parking that will be designed “in an integrated, wrap-around style,” In addition, there will be surface parking, according to the plans.

Sartori said the marina will accommodate recreational boats such as fishing boats and sail boats similar to what is already in the area. They aren’t trying to attract large yachts, he said.

One potential challenge will be flooding prevention. Part of the site work will be to elevate it, Ingram said.

“We’re talking about a pretty comprehensive redevelopment that will start by raising the ground. The site will have to be elevated above what it is today. We would expect a considerable amount of additional fill to raise the entire site,” Ingram said.

Ingram also said the city of Jacksonville has revised its flood plain ordinance to require that all buildings be at least two feet above the flood elevation at a site.

“New construction can help address the need for resiliency. So whether it’s through applying Florida’s new building codes, which require very robust, resilient buildings ... as well as the base elevation to address that issue.”

“I think it’s going to be a unique marina community with mixed uses that I think Jacksonville and this sub-market needs,” Sartori said. “We’re certainly excited for the product and new products that will come there to serve the residents.”

Sartori also said the development will improve the local tax base as well as improve a blighted area.

Ingram said they expect to have hearings before the Jacksonville Planning Commission in January and possibly February.

In addition to the land use law firm, Cadenza’s development team includes ELM as land planner and architect.

Cadenza Partners is a residential real estate development firm. The company has more than two decades of experience with a focus on asset management, land development and acquisition/disposition. It has particular expertise developing master-planned communities, according to its website.

The company has offices in St. Augustine and Winter Garden. Its portfolio includes projects throughout Florida, including master-planned communities and multi-family housing, the website says.