The North Florida Land Trust has been awarded a contract to negotiate with landowners along McCoys Creek as a city project to upgrade the area presses on. 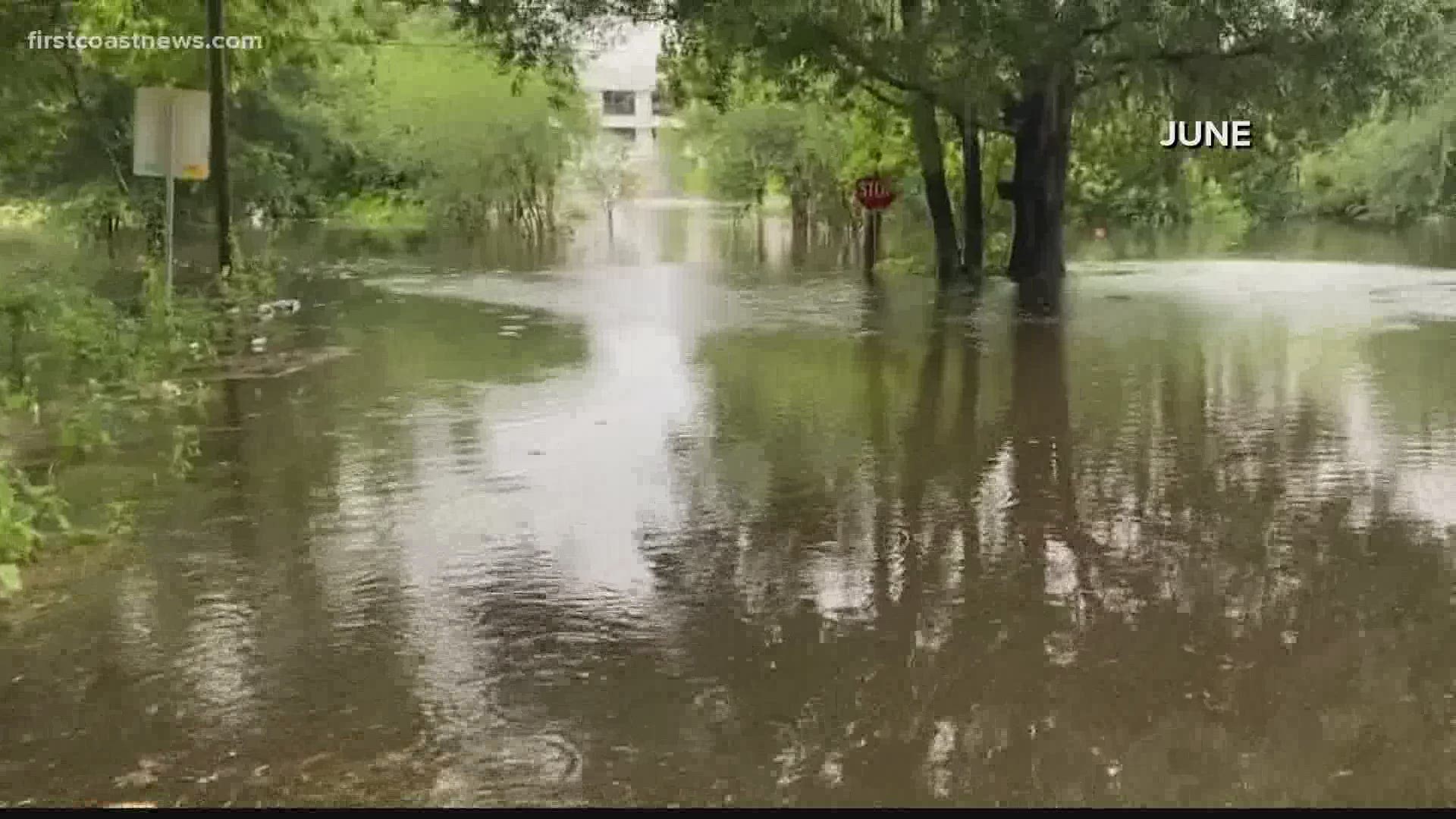 JACKSONVILLE, Fla — Long-awaited drainage fixes for areas running along McCoys Creek in the urban heart of Jacksonville may be on the horizon after a contract was awarded to allow for negotiating with landowners on the waterway.

The area around McCoys Creek, especially on McCoys Creek Boulevard, has also been prone to serious flooding, and possible solutions have been discussed for years.

"We're resolving a flooding problem, we're gonna be creating this natural creek that people will have access to, the trail's gonna be going right next to," Ehas said.

Broadly, the McCoys Creek area is part of the planned Emerald Trail, a system of trails and parks encircling Downtown Jacksonville. Included in the designs are improvements at both McCoys Creek and Hogan's Creek.

"I think the McCoys Creek project is gonna be the gem of the whole Emerald Trail," Ehas said.

For McCoys Creek improvements, the North Florida Land Trust (NFLT) will serve as a real estate consultant, working with the city and approaching landowners with property along the creek. Ehas said all the properties needed at a minimum to acquire for the project are vacant.

McCarthy said Groundwork Jacksonville and NFLT have already identified landowners to negotiate with.

"There are areas where we need to buy out to create more green space. That creek needs more room. And to be able to flow better," said Jim McCarthy, President of NFLT.

Plans set to break ground in the fall center on the western end of McCoys Creek, including the closing of McCoys Creek Boulevard in the Mixon Town area of Jacksonville. The area of the creek that runs along the road will be widened to create a meandering flow, while lagoons and wetlands will serve to store excess water.

Ehas said the city has planned for $60 million to be put toward the project over the next three years.

"A lot of people don't even know you've got this incredible, what will be a natural amenity, right in the heart of an urban environment," she said. "So it's huge for the city."