Homeowner says she, her son saw plane take off before it crashed into their Lake City home, killing pilot

No one in the home was injured during the crash, according to deputies. The pilot of the plane died in the crash. 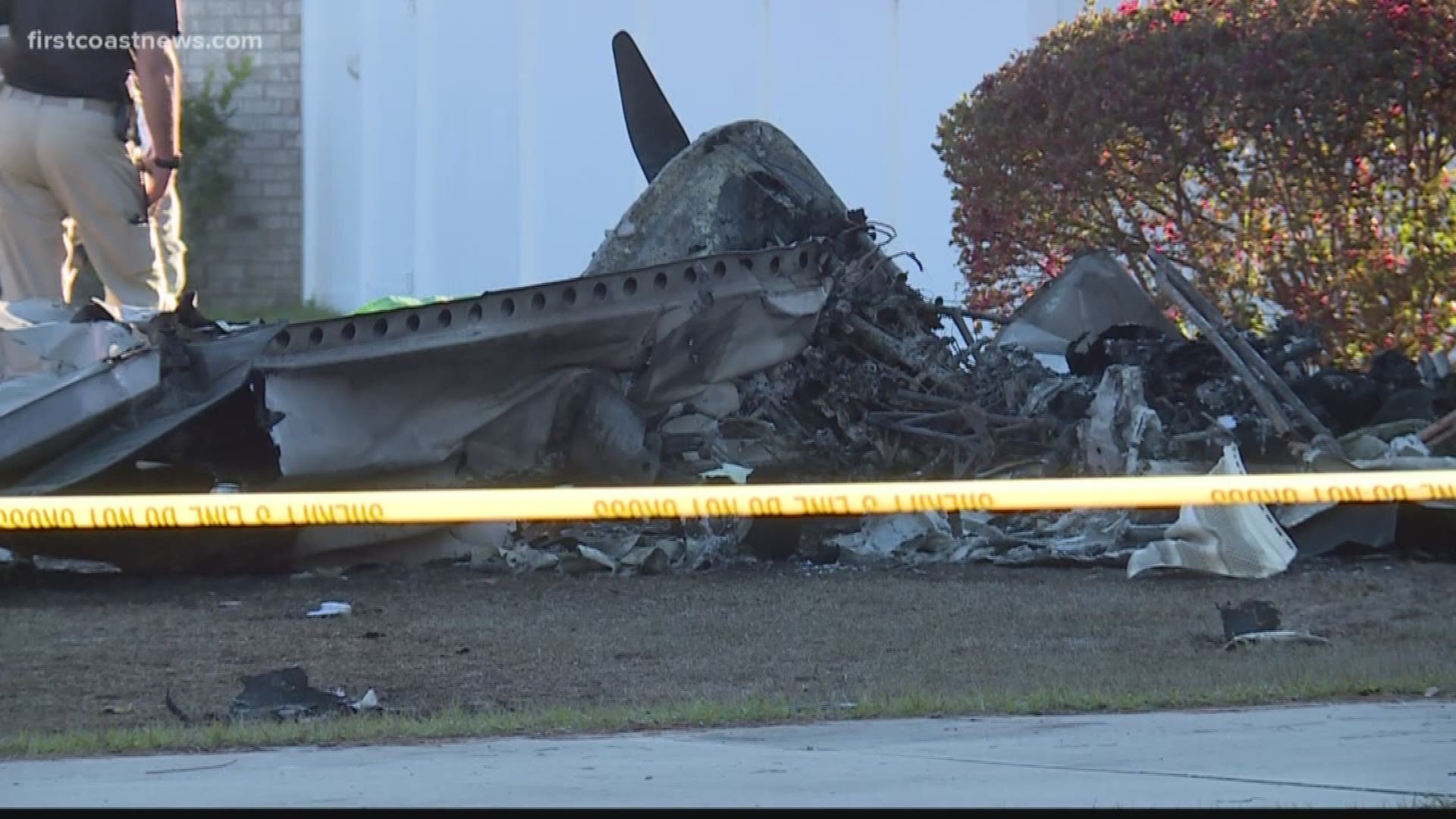 Shane Thomson said she and her son were getting ready for her 7-year-old's basketball game Saturday morning, looking out the window of their home at the planes taking off from nearby Cannon Creek Airpark moments before a deadly crash.

"My son was playing the keyboard and we had just looked out the window and I said, 'Look Ethan. Look at the plane takeoff," Thomson said.

Seconds later, that plane crashed into their home.

"We heard a loud explosion and I looked out the window and just saw flames, and we immediately ran out of the house," she said.

The plane crashed into a home in a Lake City neighborhood and caught fire, according to the Columbia County Sheriff's Office.

Thomson said the plane hit part of the roof near the garage and close to the spot Thomson and Ethan had watched it take off.

"It was very scary," she said. "All I could think of is our house is getting ready to explode. I hit the garage door opener and we ducked down and ran out of the garage as fast as we could."

Thomson said she saw a ball of orange and red flames as they ran out to escape. She said if she and her son weren't on the main floor of their home and they didn’t run as soon as they heard the crash, she’s not sure they would've made it out alive.

Around 9:45 a.m., the sheriff's office started receiving calls that a small plane had crashed into a single-family home located in the area of Southwest Inwood Court.

When deputies arrived at the home, the plane was engulfed in flames, setting a portion of the house on fire, the sheriff's office said.

The Lake City Fire Department arrived at the home and quickly put out the flames of the plane and parts of the house.

The crash killed the pilot, according to deputies. A friend of the pilot told First Coast News the pilot was a woman from Texas who was in town to visit a friend. The friend described her as generous and kind.

Thomson and her son were the only ones inside the home and made it out ok.

"It was a tragic situation but luckily no one inside the home was hurt, so that's the best thing that came out of this, that they weren't injured," CCSO Public Information Officer Murray Smith said.

“Everybody in the neighborhood on this street was outside and was trying to help, running over here to make sure there was no one in the house, and I assured them there was not and we had made it out safely," Thomson said.

Dennis Gayheart is a neighbor and has lived in the area for 30 years. He said he has never seen anything like the crash, but said he was worried it could happen.

"I figured one day it's going to happen because I live right down the road from here and I worry about it myself because they're flying over everybody's homes," he said. "It could [happen to me]. It just happened. People are worried to death about it but I don't know what could be done about it. There's not too much you can do about it."

Saturday night Thomson returned home to get some belongings, as the pieces of the plane were towed away. The home suffered serious smoke damage. Thompson and her son plan to stay with family until they can move back in.

"We're just going to take it day by day. He's [Thomson's son] is a little shaken up, but he's going to be OK," Thomson said.

"This is a great neighborhood and everyone is willing to help in any way, and I'm just thankful for that and thankful we made it out," she said.

The National Transportation Safety Board the primary agency handling this incident, according to the sheriff's office. The Federal Aviation Administration is also investigating. Both the NTSB and the FAA were investigating at the scene most of Saturday. Investigators on the scene said their work at the scene is done, but the overall investigation could take up to a year.

Columbia County Sheriff's Office
Large first responders presence in the area of SW Creekside Circle. ... Please avoid the area if possible. Units are on scene of a possible aircraft crash. NTSB will the lead agency and we will assist them as needed. CCSO PIO responding to the scene.