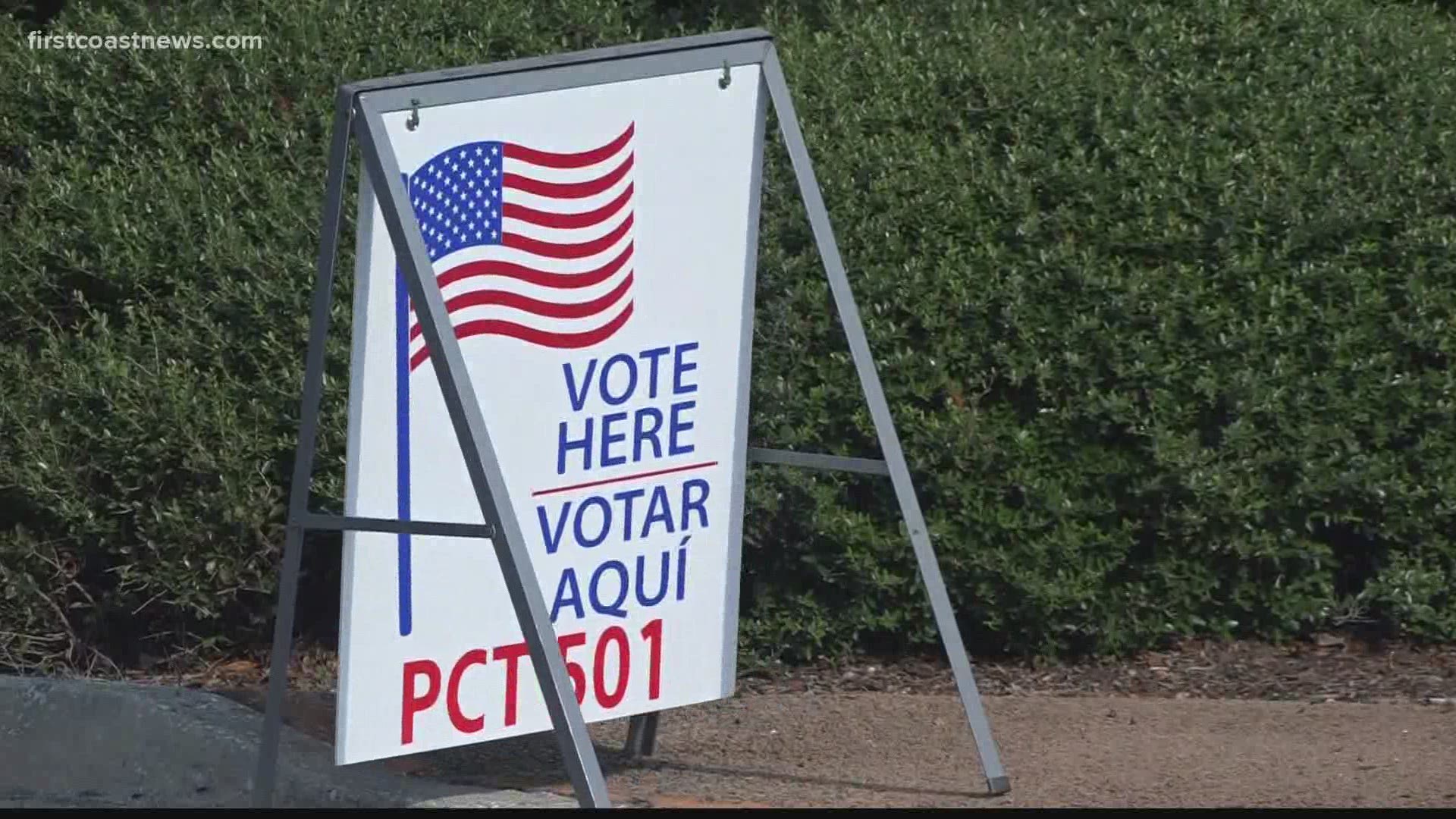 JACKSONVILLE, Fla. — Election Day is eight weeks away and that timeline has some folks voicing concerns about voting practices in Duval County.

Picketers gathered outside the Supervisor of Elections Office Tuesday demanding options for casting their ballots this year.

Pastor Reginald Gundy leading community group leaders in a call for change such as mailing information — not just posting online — how to request vote-by-mail ballots.

League of Women Voters and ACLU members adding Duval County should have secure drop box locations where voters may place completed ballots. Citing concerns for COVID-19 exposure and the length of the General Election ballot may lead to longer lines at polling locations.

Gundy said there is also a need to expand early voting locations at area colleges and move a polling place near Legends Center away from a state-run COVID-19 testing site. He said if demands are not met, it could be matter for the courts like in 2004 when the Jacksonville Coalition for Voter Protection sued to expand early voting.

“We shouldn’t have had to go to federal court to demand the right to have early voting in this county but we had to go through that," Gundy said. "So if we have to go back to court again that’s what we’re going to do."

Duval County Supervisor of Elections Mike Hogan was not available for an interview Tuesday.