“They said that if you don’t pay your bill, your power will be cut off,” JEA customer Chris Styer said. 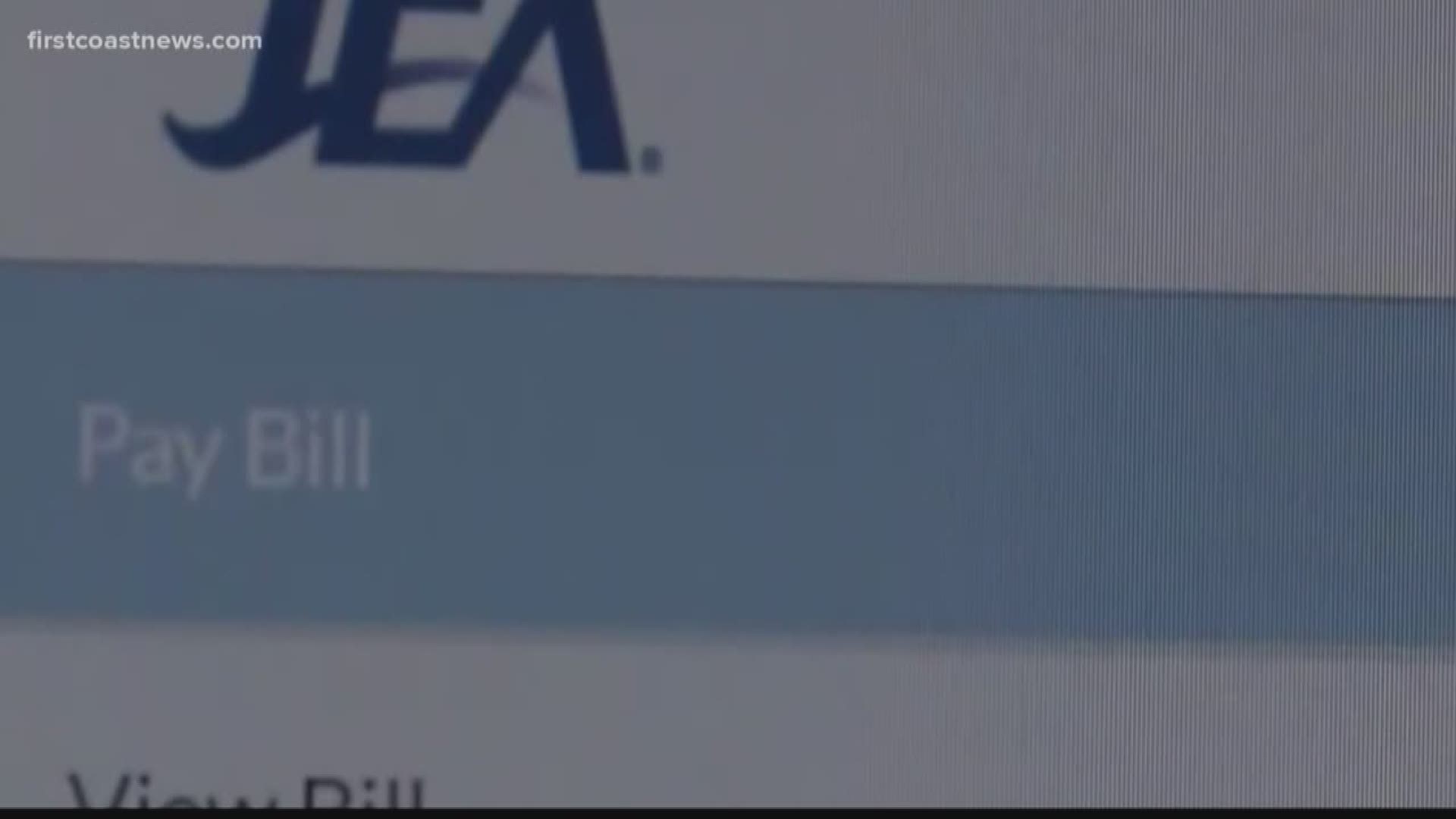 JEA is warning customers of phony calls and scams targeting the utility's customers.

Chris Styer is just one customer who has received one of those phony JEA calls.

"I had never gotten a call like this before, so I called them,” Styer said.

He was confused and concerned. The voicemail said he was behind on payments, but he had paid his bills, and even kept records of his receipts.

What happened next made Styer think this was actually legitimate.

“When you call this number, you are put on hold, as if you are actually calling a business,” he said.

A woman answered saying Styer had reached the customer service line at JEA. She said her name was Katie Perez and provided her ID number. She then said Styer was three months behind on payments.

Styer says he pays through the automated payment system. Perez’s response was that they were having problems with that. Things escalated quickly from there.

“They said that if you don’t pay your bill, your power will be cut off,” he said.

Perez texted several places for Styer to go and pay at a kiosk, including a Red Roof Inn and Circle K gas station. Now questioning Perez, he asked what happens if this is a mistake? Perez said he’d be reimbursed with a further discount on future bills.

“Right then and there I said this is not sounding right at all,” he said.

Styer was right, he called JEA, who confirmed his payments were all up to date. JEA reported the scam and Styer called back Perez to hear what she had to say.

“I guess she figured this wasn’t going the way she wanted it to go so she hung up the phone,” he said.

JEA has recently sent out email warning customers of a spike in phone scams. They say the most important thing a customer can do is record the scammer's number and notify JEA.

RELATED: JEA warns of phone scams on the rise along the First Coast