"There are two vicious dogs roaming the neighborhood. Once they pulled her through the fence they shook her and then just turned around and ran with her." 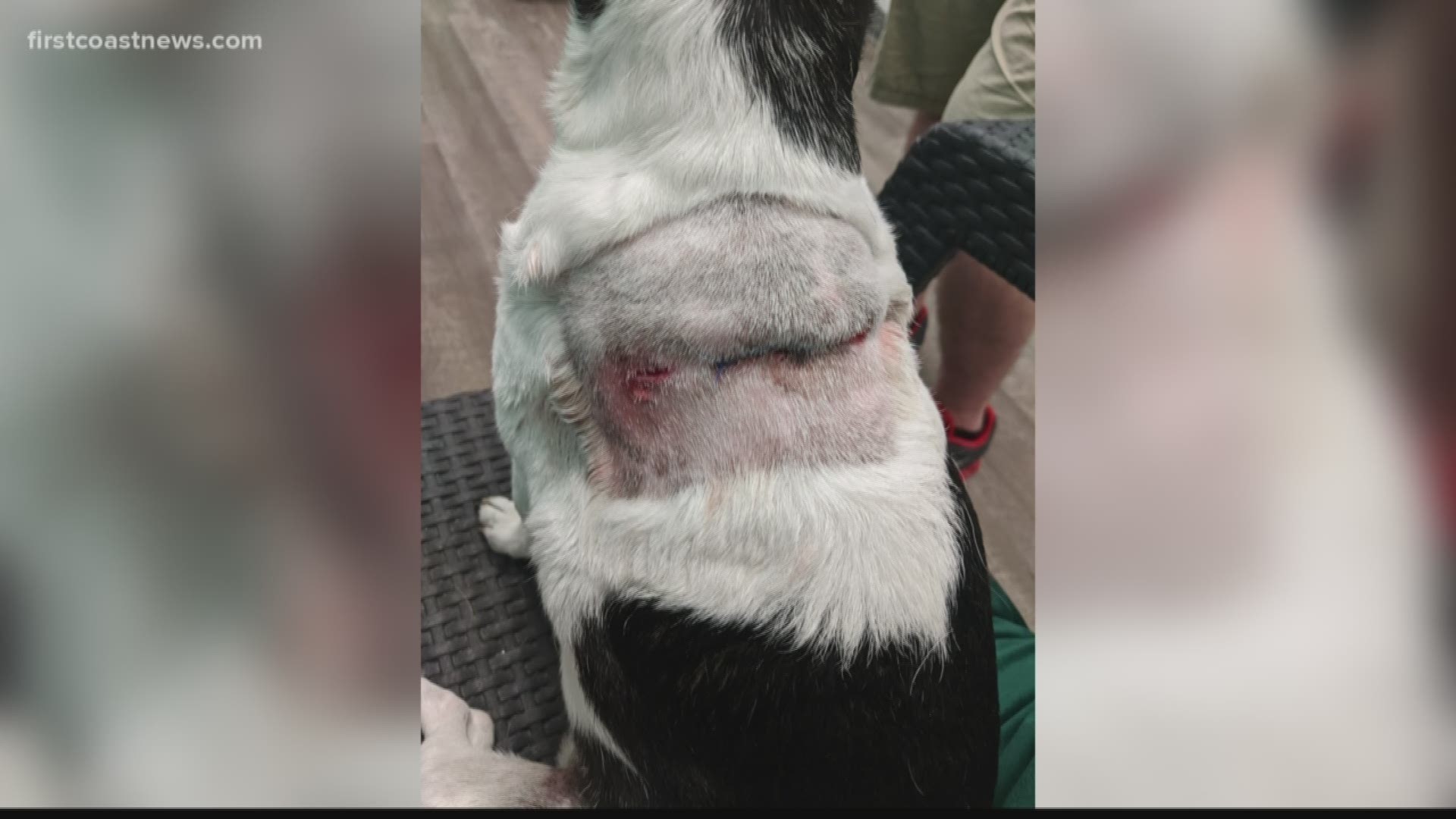 CLAY COUNTY, Fla. —  A Clay County couple is demanding justice after they say two dogs were killed and another was seriously hurt. They tell First Coast News two other dogs were responsible for the attacks and the owners haven't been named.

"Once they pulled her through the fence, they shook her and then just turned around and ran with her," Wulff said. "I just kept yelling 'stop stop drop her,' you know anything or any type of command that I could possibly think of."

Molly was left with a deep wound to her back and ended up with a dozen stitches.

"There are two vicious dogs roaming the neighborhood," Wulff said.

To make matters worse, Wulff said her dog wasn't the only victim.

Last week, a dog named Pepper was killed in its own front yard along with a blue nose pitbull in Eagles Landing. Animal control was called out but they were unable to catch the dogs.

The families are now demanding justice for their pets and are looking to spread awareness to the community.

"There’s kids that are out playing in the neighborhood and as of right now the only attacks have been on dogs, but it’s just a matter of time before these dogs decide to turn," Wulff said.