The St. Johns County Fire and Rescue Department found a dead woman inside a porta-potty around 7:30 a.m. in the 500 block of North Horseshoe Road in St. Augustine. 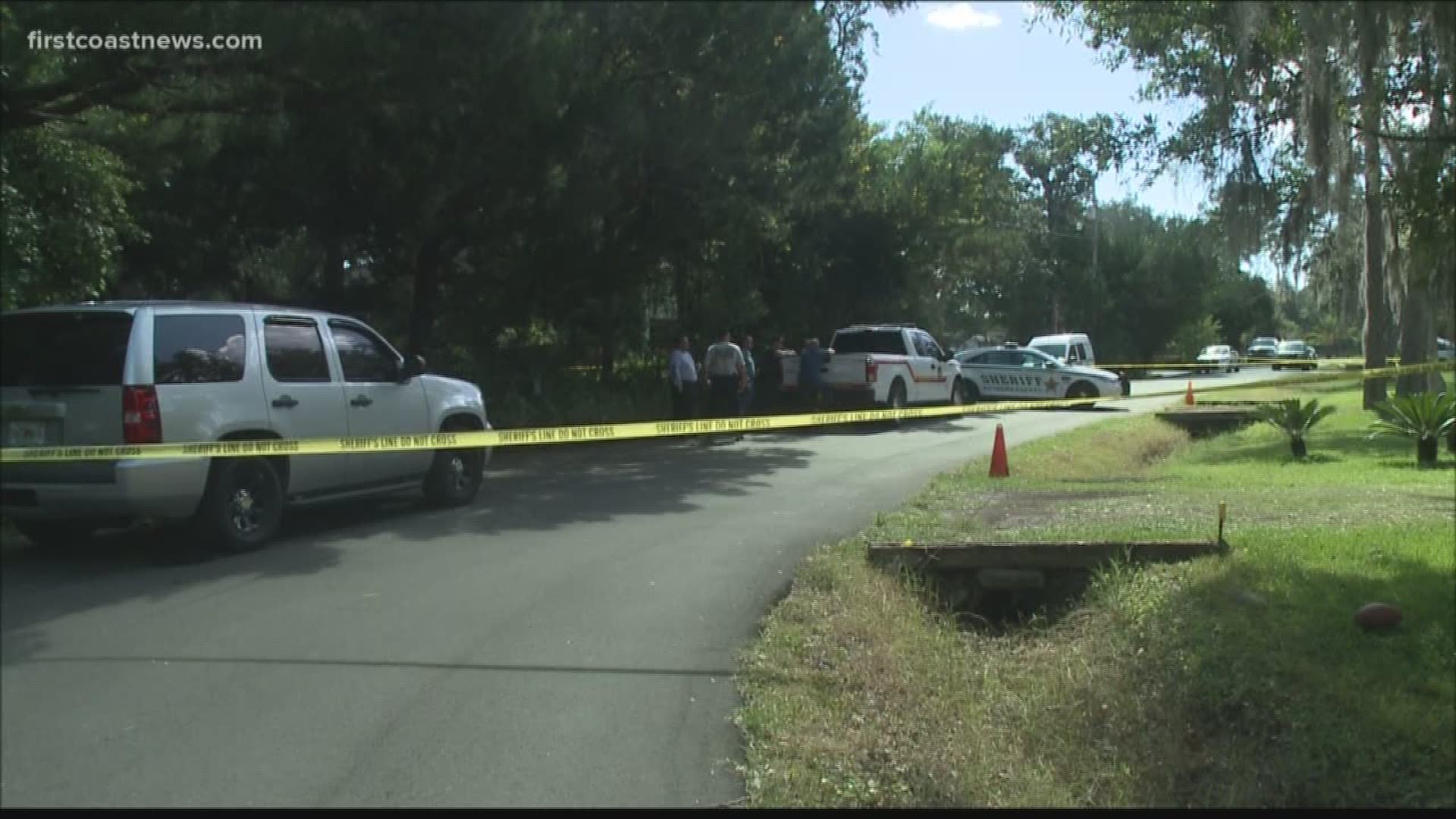 St. Johns County sheriff's investigators are asking for help identifying a woman who was found dead in a charred porta-potty Saturday in the 500 block of North Horseshoe Road in St. Augustine.

The St. Johns County Fire and Rescue Department was called out to the scene at about 7:30 a.m. for a porta-potty that was on fire at a home that was under construction, according to the sheriff's office.

Police believe the victim is a white female. "We are asking anyone who may have a family member or friend who has not been heard from and may be missing to contact St. John’s County Sheriff’s Office and ask for The Major Crimes Unit," a sheriff's office email stated Saturday afternoon.

Neighbors in the area said they heard a loud boom around 6:30 a.m. Jan Long lives on the property adjacent to the new home construction site where the toilet was placed.

"I heard there were flames 15 feet in the air," Long said. "Our land that borders that land is all burnt now."

The State Fire Marshall was called to the scene. The remains were taken to the Medical Examiners Offices.

A large charred spot and some debris was all that remained in the bushy area where the toilet was located between Long's home and the construction site.

The owner of the under-construction home, who asked not to be interviewed, said there were no workers present at the time.

"We would know if there was strangers, and that's the first thing the deputy asked me," Long said. "The deputy asked if I had known of anybody coming up on the land or seen anything like that, and we didn't."

Some residents said they have seen an increasing number of strangers in the area over the past months.

"My dog always goes crazy at night and I just kind of gaffed it off, but I think now it's because we have people who are really kind of starting to squat in the bushes," said neighbor Charlene Ryan.

An official with SJSO said it is possible that the victim was smoking in the portable toilet, which may have ignited fumes from the toilet.

The official cause of death is pending the return of toxicology results to the Medical Examiner’s Office.  The investigation is continuing and further information will be released as it becomes available.