In a Facebook post on Friday, Jacksonville artist and activist Hope McMath said the City of Jacksonville issued a Cease and Desist regarding the stickers. 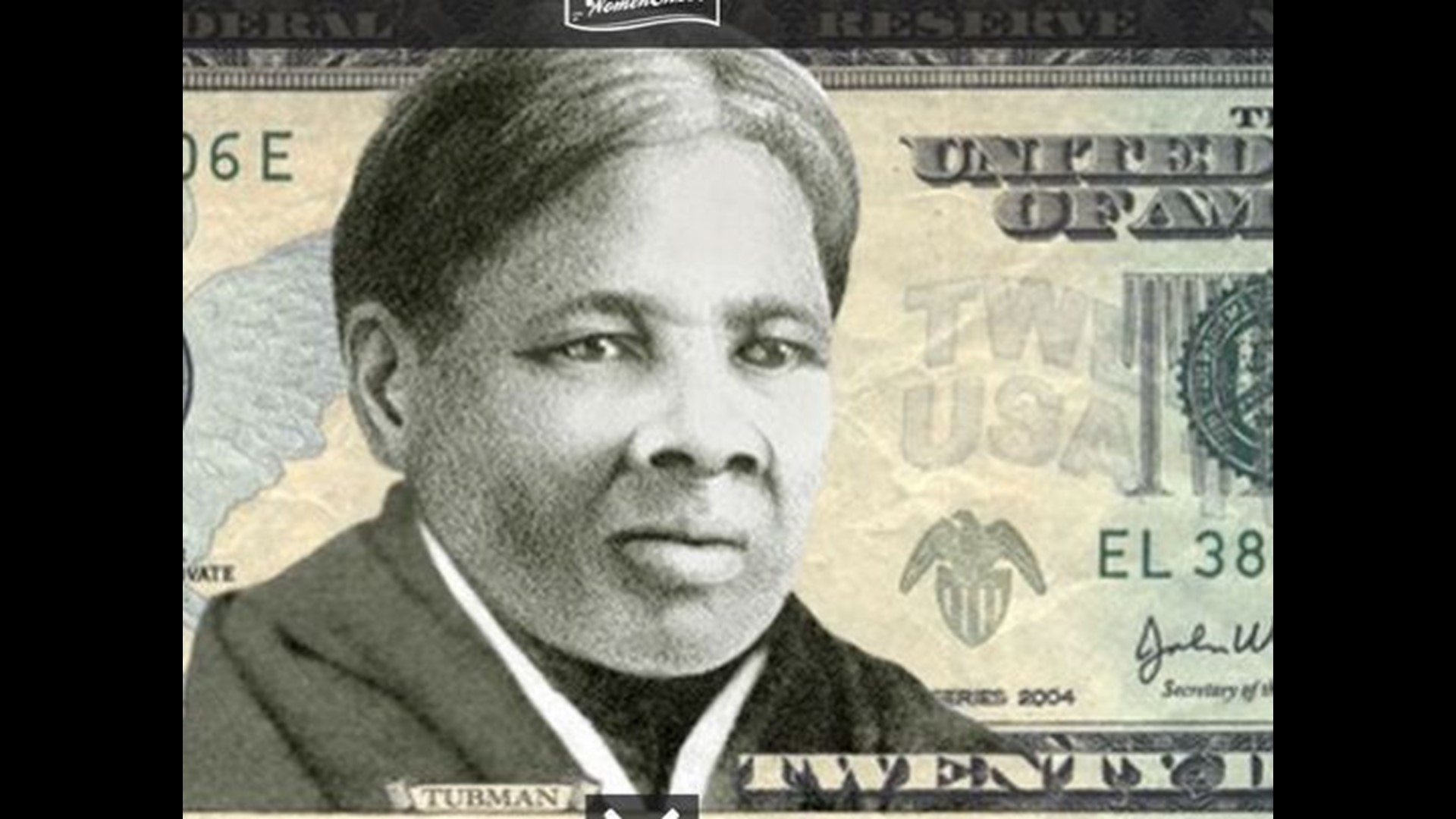 Harriet Tubman stickers are appearing in several places in Downtown Jacksonville and Riverside, possibly in support of placing her on the $20 bill, and the City of Jacksonville wants it to stop.

In a Facebook post on Friday, Jacksonville artist and activist Hope McMath said the City of Jacksonville issued a Cease and Desist regarding the stickers.

"I received a cease and desist from the City of Jacksonville asking those who are putting Harriet Tubman's beautiful face of freedom to stop practicing that bit of free speech," McMath said.

The post is accompanied by a photo showing a Harriet Tubman sticker covering a City of Jacksonville manhole. The post includes hashtags #harrietstillwins and #saynotoandrewjackson.

Hope McMath
PLEASE READ: Hi Friends! I received a cease and desist from the City of Jacksonville asking those who are putting Harriett Tubman's beautiful face of freedom to stop practicing that bit of free...

A spokesperson for the City of Jacksonville confirmed that a Cease and Desist was sent after seeing the stickers on social media. City officials said they are unsure as to how many have popped up around Jacksonville.

The city said the stickers violate Order Code Section 601.102, which prohibits "any person wilfully to damage, deface or destroy any public property, real or personal..."

McMath is one of many in support of placing Harriet Tubman, an abolitionist and activist, on the $20 bill -- replacing the seventh President Andrew Jackson.

"This was scheduled to become a reality, which is now being thwarted by a racist, misogynist, history-denying president and his minions," McMath said in another Facebook post.

RELATED: Harriet Tubman won't be on the $20 bill anytime soon

Treasury officials announced in 2016, during the presidency of Barack Obama, that Tubman's face would replace Jackson on the $20 bill by 2020 -- regarded as a symbolic gesture by many in support.

Harriet Tubman is praised for freeing around 300 slaves via the Underground Railroad as well as her role in the suffragist movement and for being the first woman in U.S. history to lead an armed assault in the Civil War.

Andrew Jackson served as the seventh president of the United States, owned slaves and orchestrated the removal of Native Americans from lands to the east of the Mississippi River, resulting in what would be known as the Trail of Tears.

Tubman would be the first African-American to be pictured on U.S. currency.

But in May 2019, U.S. Secretary of Treasury Steven Mnuchin said the would-be historic moment won't happen until 2026 when President Donald Trump is out of office, should he be re-elected in 2020.

According to reports, Mnuchin said the decision to postpone the change is due to redesigns being made to protect the currency from counterfeiters.

While still a presidential candidate in 2016, Trump called the proposed change to the $20 "pure political correctness" and suggested placing Tubman on the $2 bill instead, according to a report by The New York Times.

“Andrew Jackson had a great history, and I think it’s very rough when you take somebody off the bill,” Trump said.

First Coast News reached out to McMath for more information on the stickers, but she has not responded to our request for comment.