Pension discussion now a war of words between Curry and FOP

JACKSONVILLE, Fla. -- A war of words is unfolding between the union representing Jacksonville Sheriff's Officers and Mayor Lenny Curry. At stake: a new contract between the city and the union plus the Curry-backed, voter approved extension of a sales tax to pay down the city's pension debt. 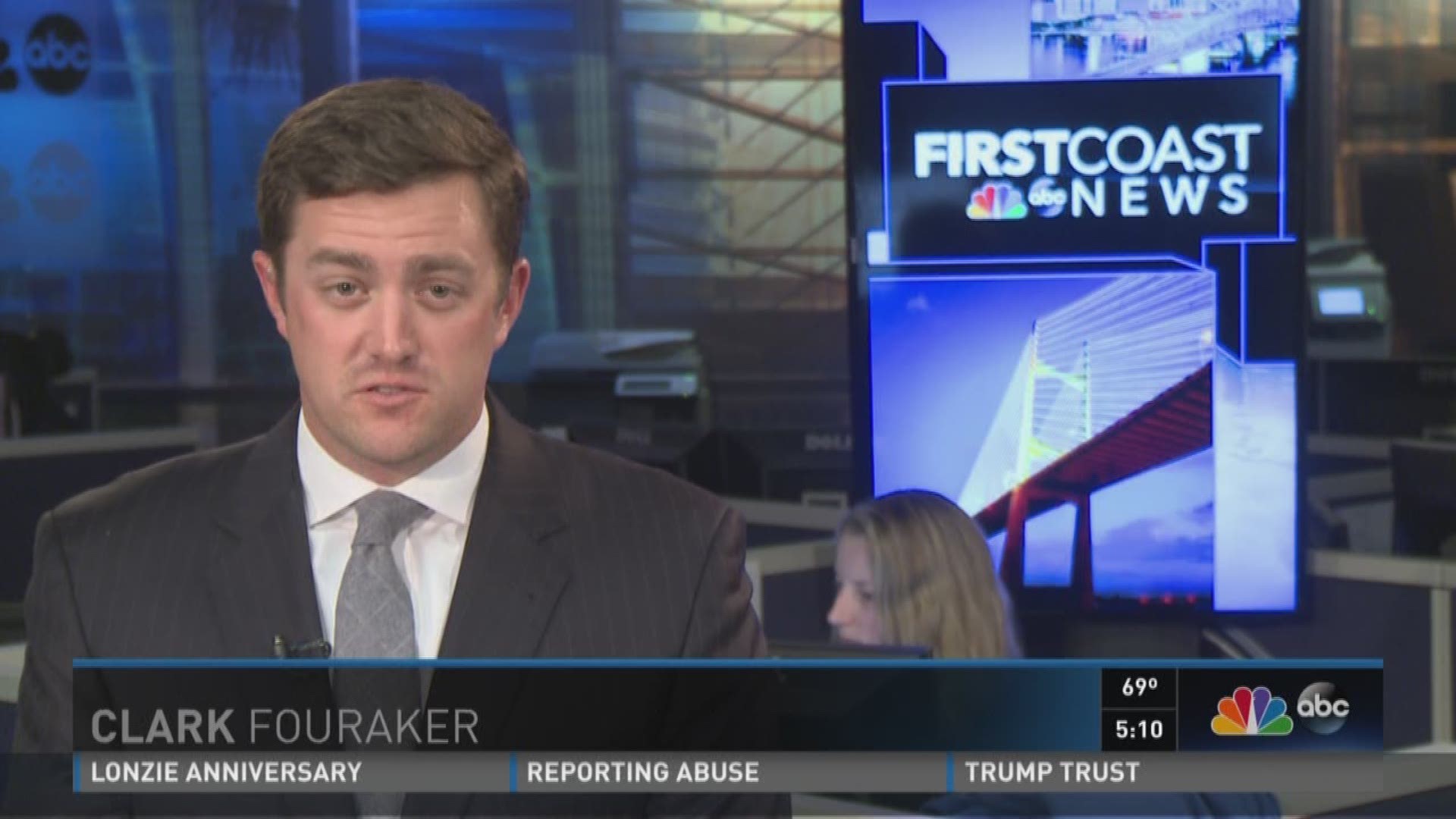 JACKSONVILLE, Fla. -- A war of words is unfolding between the union representing Jacksonville Sheriff's Officers and Mayor Lenny Curry. At stake: a new contract between the city and the union plus the Curry-backed, voter approved extension of a sales tax to pay down the city's pension debt.

When asked if the union would have supported Curry if they had known he would propose to do away with pension, president of FOP Steve Zona said, "Doubt it."

Zona said that they had interviewed Curry before he was Mayor and he indicated he was pro pension. He said, in a clip played at the beginning of the meeting from this interview, that 401(k)s would not work for law enforcement officers.

However, the proposal Curry's office has put forward would transition new police officers to a defined contribution retirement plan, like a 401(k), rather than the current pension system.

Beginning October 1, 2017, the proposed plan will ask all law enforcement officers to contribute 10 percent of their income to their 403(b) and the city will contribute 25 percent. At five years, an employee will be full vested and will be able to collect 100 percent of all money contributed.

The disability and death benefits will remain the same.

With a a 403(b) on the table, a private sector version of a 401(k), Steve Zona, FOP president had one question for Curry that was never answered: "When did you decide you supported 401(k)s?"

This plan, according to Curry, will recuperate benefits lost in June of 2015.

The proposal will also offer employees of the Jacksonville Sheriff's Office is a 20% pay increase over the next three years, and a three percent immediate wage increase, beginning in October of 2017.

Broken down, the pay increases will be given to law enforcement officers each year:

The three percent will remain the same, however the yearly increase proposed will compound on each previous year of increase.

Curry said this is a robust plant that will entice people to become JSO officers and will retain those on the force.

Needing the 1/2 cent tax as a contingency to promise raises, FOP says, is taking responsibility from the city and transferring it to LEOs.

However the FOP has its reservations.

The union would like there to be clause that protects these benefits for 20 years. As it stands, under Florida State statutes, every three years they city will have to renegotiate. FOP said these benefits in the future could be in danger.

Last voters, voters approved an extension of the 1/2 cent sales tax known as the "Better Jacksonville Plan", that would fund the city's unfunded pension liability, which is believed to exceed $2 billion.

The FOP want to know if there will be a penalty for accessing this money before you are 59 1/2, like there is for 401(k) s, to which the city said they would have to talk to the IRS to obtain the answer. FOP would also like wages for corrections officers to be increased, though they are up for similar raises as well.

Zona said that other counties pay their corrections officers more, so Jacksonville is not competitive, leading to empty spots on the force.

"We don't believe 401(k)s will make us competitive and will directly affect the safety of the citizens," said Zona.

He said that it will not only cause people retire after 20 years because the incentive to stay will be low, but that it will not be as enticing for new hires and there will be vacancies in the agency. This will lead to longer hours worked and not enough boots on the ground.

Zona believes this will also affect morale for public servants who work a sometimes thankless job.

FOP has 30 days to come to a decision. However, Zona said he doesn't feel that is a fair amount of time to consider all that is at stake. Additionally, FOP has questions for the city that will take up to ten days to have answered, making the deadline, according to Zona, more like 20 days.