After 27 years, the restaurant at 835 Museum Circle near the Museum of Science and History, is being shuttered, torn down and replaced by a project. 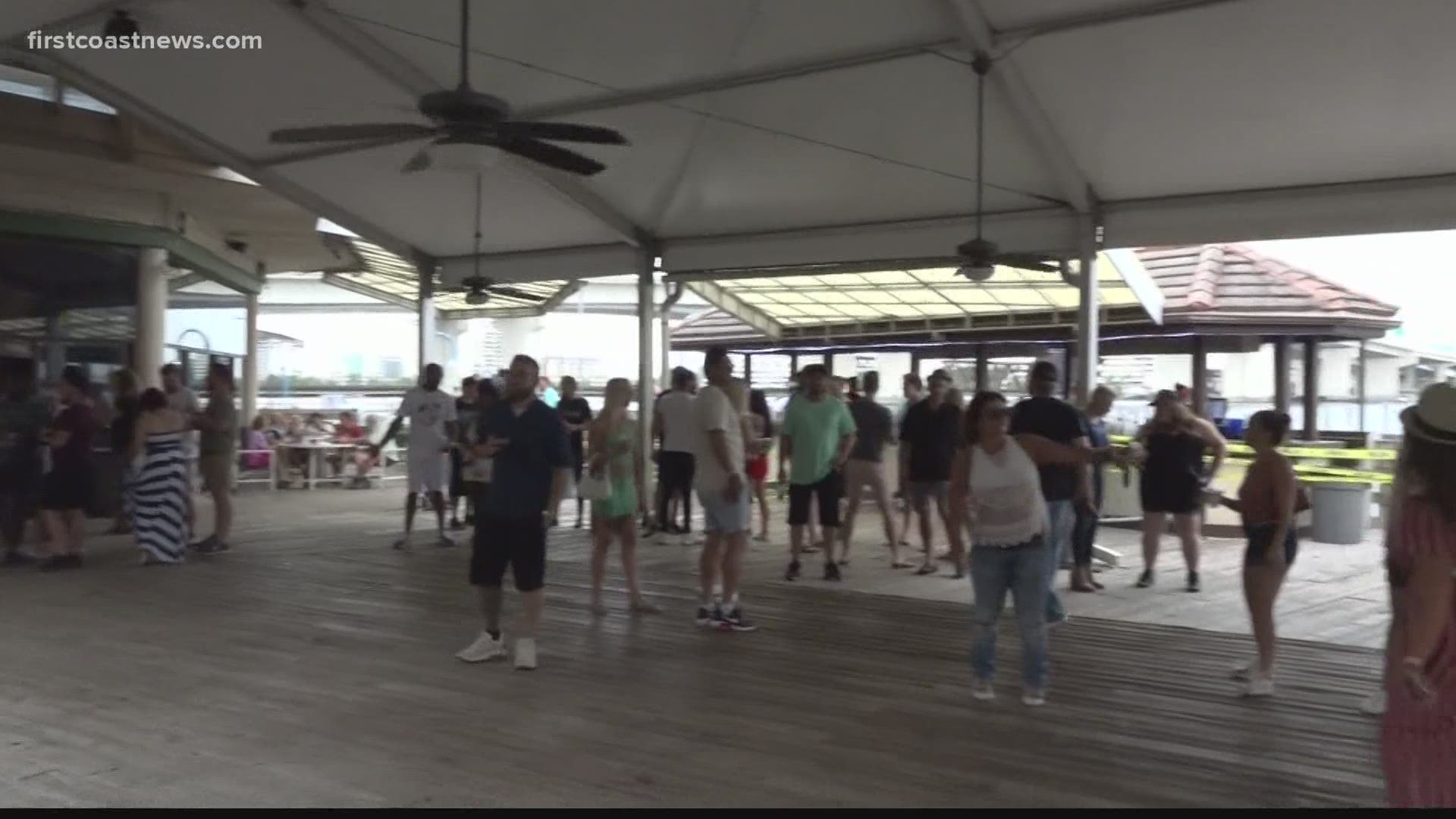 JACKSONVILLE, Fla — Melissa Brown came to raise a Mimosa in toast Sunday to the family milestones celebrated over the years during brunch at River City Brewing Co.

Brown brought her 15-year-old daughter, Ariyah Cousin, to the final brunch at the landmark Southbank restaurant that is closing its doors permanently to make way for redevelopment.

"I plan to have a goodbye Mimosa …I can't believe River City Brewing is closing," Brown said.

After 27 years, the restaurant at 835 Museum Circle near the Museum of Science and History, is being shuttered, torn down and replaced by a project the Jacksonville's City Council recently backed calling for the construction of a new 325-unit apartment building in its place.

The planned development by the Related Group also includes a new restaurant, but plans show that it will not be in the footprint of River City and its prime waterfront view.

Although outdated and weather-beaten, River City Brewing held many fond memories for residents and visitors alike.

Brown and Ariyah didn't have reservations but were lucky enough to be seated within about 15 minutes after arriving as the restaurant opened its doors at 10:30 a.m.

"I used to come here probably twice a month for brunch when I was pregnant with her," said Brown, giving Ariyah a quick hug. "I came with my sister. And once I had her, we kind of made it a tradition and we would come at least monthly for brunch together."

More recently, the last time Brown was at the restaurant it was a celebration for one of her students who was graduating from college.

"When I heard this morning that they were closing today, I was like 'Oh my God, Ariyah, get up, we've got to go have brunch here one last time," she said.

The food, she said, was outstanding. From three-egg omelets to biscuits and gravy, chicken and waffles, sandwiches and salads. It all was good, and so was the hospitality.

"I love everything at the brunch," Brown said. "To me, they have the best brunch in the city. Back before we got a lot of the newer restaurants around here in the city, River City was the place to come for brunch."

Others without brunch reservations weren't as lucky.  At least a dozen left within the first hour after being told by a restaurant hostess that no tables would be available before the 2:30 p.m. end of brunch service.

Austin Jordan and Jemima Yuma were among those who couldn't get in.

"It looks like Jacksonville is bidding farewell to RBC," said Jordan, noting they were disappointed about not being able to have one last brunch there.

"We came here for the very first time a few weeks back and it was really nice, a really good experience," Jordan said. "We were hoping to bid farewell to it."

Yuma said her family has been to the restaurant over the years before the COVID-19 pandemic.

"They used to rave about the brunch. But my first time was a couple of weeks ago," she said.

Jordan said he hopes there will be more riverfront dining options in the future.

"I don't know where we're going to go to brunch now," he said.

Downtown doesn't need more apartments, it needs good restaurants like River City Brewing Co. to revitalize the area and attract tourists, said a husband and wife who declined to give their names but said they were longtime customers.

Later the restaurant held a goodbye party, "River Relapse," featuring music and dancing. The final festivities were slated to include as many as 15 DJs spinning disco, funk, techno and house music until 11 p.m.

Micah Sutherland was among about 100 people who helped kick off the party on the outside patio deck overlooking the river during the first hour of the gathering.

"I never ate at the restaurant but I've been here for drinks before. … It's a good place," he said. "I think it's a shame that it's closing. There needs to be more restaurants and nightclubs, not condos, along the riverfront."

The establishment also was a favorite eatery of city leaders, power brokers and business executives. The late former Mayor Jake Godbold had a special table waiting for him when he went there for lunch up until his death in January.

River City Brewing Co. opened in November 1993 at the site of the twice-failed Harbormasters restaurant. The city took over the property in 1992 after Harbormasters defaulted on a $2.9 million city-backed federal loan.

In 1996 owners Eugene Van Note and Anthony Candelino took over the restaurant. Two years later they bought it and the adjacent marina from the city for about $2 million under a 99-year lease for the land.