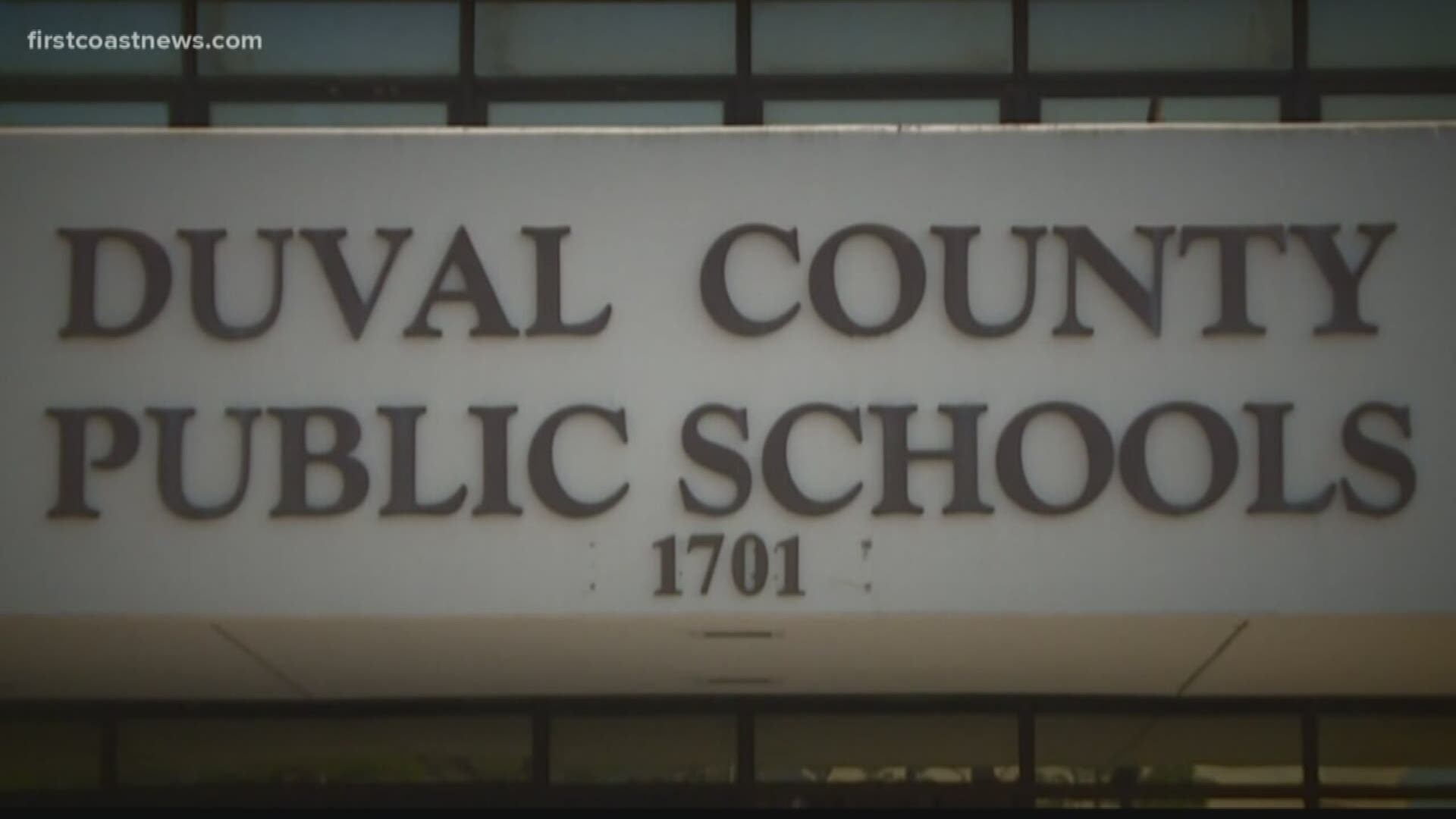 The parents along with two non-profits and League of Women Voters argue the district’s plan to put school safety assistants in school is illegal. The district added the assistants as part of a state mandate, but argue only law enforcement personnel are allowed to carry firearms.

Gifford's Law Center to Prevent Gun Violence is one of the groups representing three Duval County parents and argues 200 hours to train a School Safety Assistant is not enough for a school assistant to carry a gun.

“The sworn officers get training in things like how to interact with students from diverse communities and how to de-escalate situations,” said Shearer.

Shearer and the parents listed in the lawsuit say the school district would be safer if safety assistants were unarmed and focused more training on crisis management.

“The same safety gains could also be seen if schools trained existing staff on how to make schools safer without carrying weapons,” she said.

Duval County Public Schools says it does not comment on pending litigation. In July, the school changed their policy to allow school safety assistants to carry concealed pistols with proper training and background checks, but Shearer argues the move is illegal as it didn’t change state law which only allows sworn law enforcement to carry.

“It doesn’t make sense to introduce a ton of increased risk for students every day just for the remote possibility that somebody is going to be able to interrupt a mass shooting," she said. "Hopefully, our lawsuit will make clear that programs like that are not only dangerous but they violate state law.”

The lawsuit is not asking to remove school safety assistants from schools, but to simply remove the guns they carry in them.