Athletes, parent and alumni were shocked upon learning that Jacksonville University is shutting down its football program. 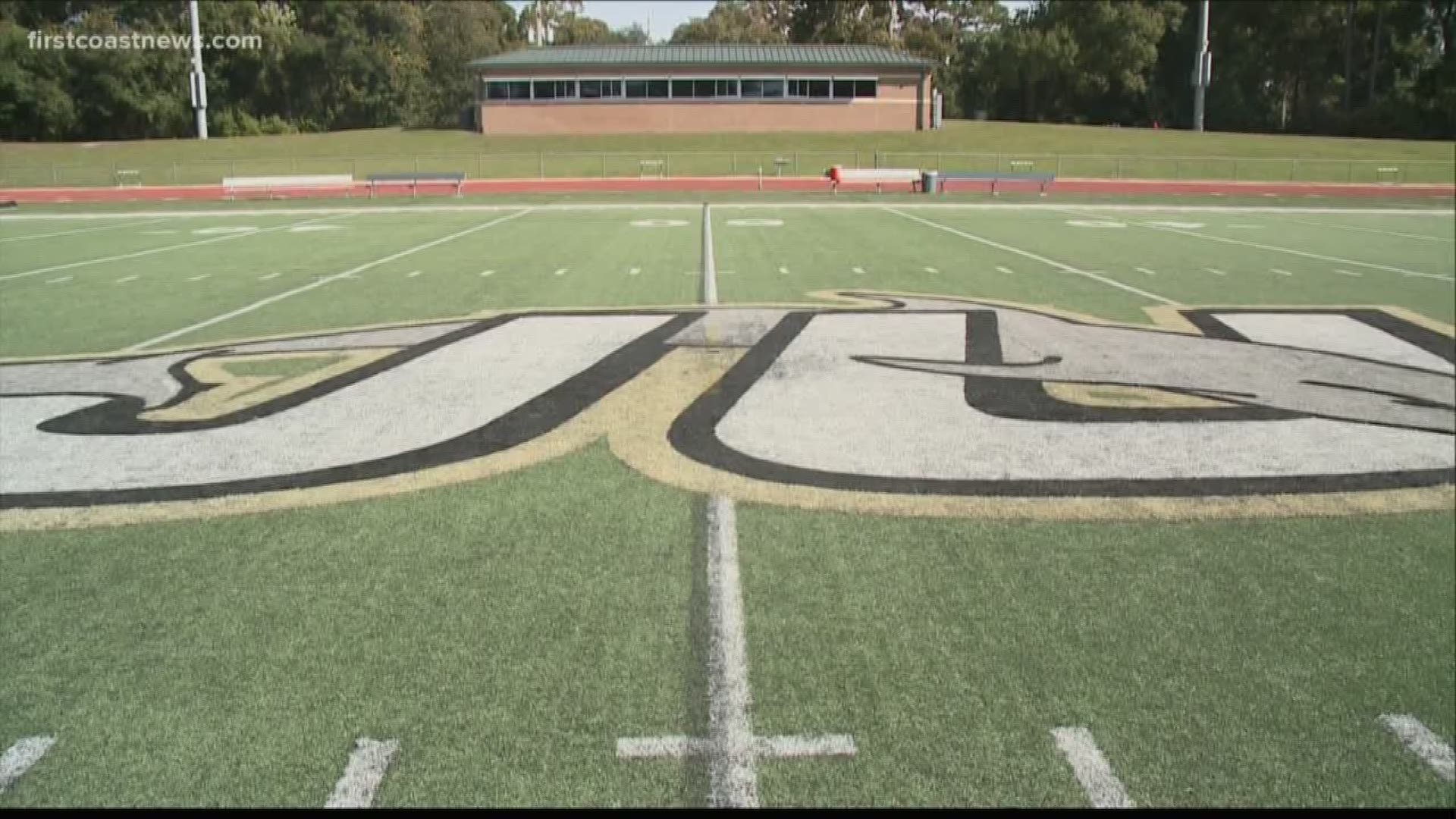 JACKSONVILLE, Fla. — Jacksonville University discontinuing its football program came as a surprise and disappointment to players, parents and alumni.

The school announced Tuesday morning the resources required to support football outweigh the benefits of keeping the football program around.

Jacksonville University staff say this decision was made in the best interest of the school and athletics program as a whole. Sports business experts feel that this also may impact the student body makeup in the long run.

“Don’t have all the answers, but we’re definitely shocked and disappointed,” Matt Thomas said.

Some players immediately announced they want to play elsewhere.

The Dolphins played in the non-scholarship Pioneer League. The football program started in 1998.

Athletic Director Alex Ricker-Gilbert said this was not a financially driven decision.

“As we evaluated what we’re offering, what we’re investing in, what we’re playing both with internal constituents and staff as well as external partners, with the ever-changing environment of Division 1 athletics … and the growing expense to play successful division one football, it was the proper decision to discontinue the program,” Ricker-Gilbert added.

Dosh was on the team that performed a study at the University of Alabama at Birmingham that ended up bringing back football after the program was terminated in 2014.

“Competing in D1 football with JU and their size enrollment, I think it’s really difficult, but I am interested in how it impacts male enrollment,” Dosh added.

“As a consultant, that’s something we always look at, so I would be curious to know how that played into JU’s decision,” Dosh said.

The decision to discontinue the team leaves the players like Caleb Thomas in limbo.

“For the kids, they’ll have to look at what’s important, whether they transfer and play football or stay there and get an education,” Matt Thomas said.

JU says the school will be offering full-ride tuition scholarships for those students who choose to stay. JU President Tim Cost also said they are assisting coaches and staff in finding other jobs.