Gerald Jones, the parent, said he was telling his son, who was playing with the visiting team from Oakleaf, that the referee is always right and to do what the referee says. 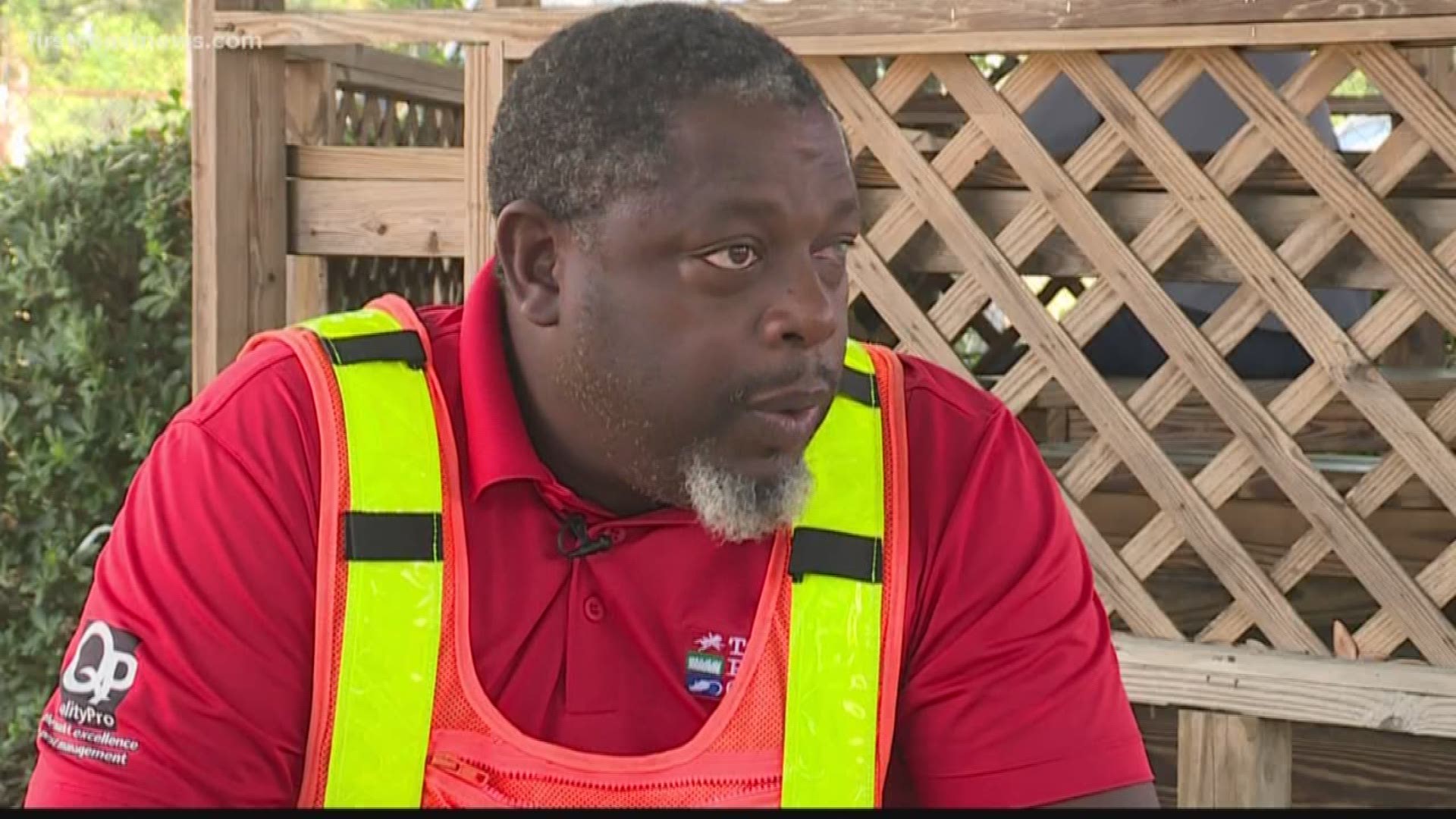 JACKSONVILLE, Fl -- During a soccer game Sunday at Davis Park in St. Johns County a verbal confrontation between a parent and a field marshal turned into allegations of racial profiling.

The alleged incident happened off the field and portions were captured via cell phone.

Gerald Jones, the parent, said he was telling his son, who was playing with the visiting team from Oakleaf, that the referee is always right and to do what the referee says.

Jones said within moments he was confronted by a field marshal who was riding in a golf cart.

And she did. When St. Johns County Deputies showed up, he told them the same account of what happened. 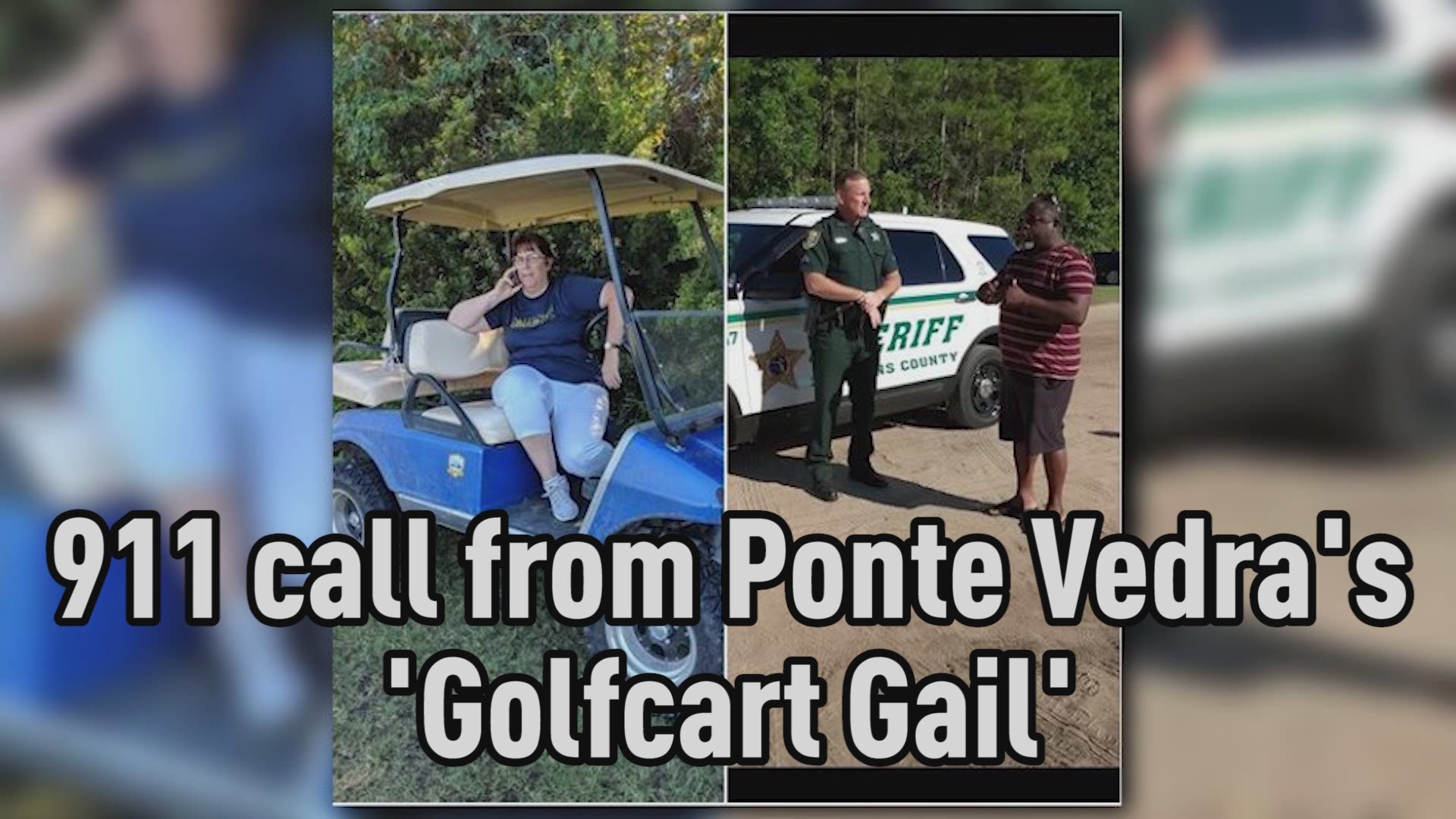 But the cell phone recording of the field marshal's account to the deputy was different.

She was overheard saying, "He just got nasty with me."

Maria Walther was a witness to the incident. She was sitting next to Jones when it got out of control.

"He was pretty much telling her 'leave me alone, I am leaving I am grabbing my stuff,'" said Walther, "but that wasn't enough for her."

The Navy wife told us she was also thrown out of the game because she refused to stop recording the incident.

Walther said, "She was barking at him, 'You can't be yelling at the ref' and he said 'Ma'am, I am talking to my son,' and she said, 'I don't care who you are talking to.'"

Walther said earlier that day, the same field marshal threw out another parent who was shouting at the referee, who is white, but had a different tone with the black parent.

"She was more aggressive," said Walther, "It was, 'I am going to call the cops.'"

Gary Easom, President of the Ponte Vedra Athletic Association, said in a statement:

"The Ponte Vedra Palm Valley Athletic Association puts the welfare of children above all else. The PVAA Code of Conduct protects children in a number of ways, including the prohibition of inappropriate conduct such as berating referees, coaches or athletes, and "coaching" children from the sidelines. Unfortunately, parents sometimes violate the conduct code while watching games. When such violations occur, our staff addresses the violator or violators and ask that they behave appropriately. If, after warnings, the violators continue to behave badly, staff is left with no choice but to call law enforcement, consistent with county policy. That is an extreme circumstance which seldom occurs, but that is exactly what happened in this situation. The authorities were not called solely for this particular incident but as a result of a culmination of several immediate prior incidents. The field marshal acted appropriately and without malice to ensure the welfare of the children she is charged with protecting. Unfortunately, an incomplete narrative of this incident was posted and sensationalized, creating a wholly inaccurate and irresponsible version with little relation to what actually happened that day. It was an unfortunate incident and I am sorry it happened, but our team acted appropriately to protect the children, consistent with our organizational mission."

Was it perception or was Jones racially profiled? Jones is convinced it is the latter.

Ironically he is the father of a biracial child who witnessed the entire incident.

"I spoke with my son," said Jones. "He is biracial. What is he supposed to mark? White or black? It is too much, when will it end."

On Your Side contacted the Florida Elite Soccer Club which oversees the teams, we have yet to hear from the club.

Jones said the club and the field marshal owe him an apology.