Andrew Young was laid off from his job in March. He hasn't received an update on the status of his claim since filing. 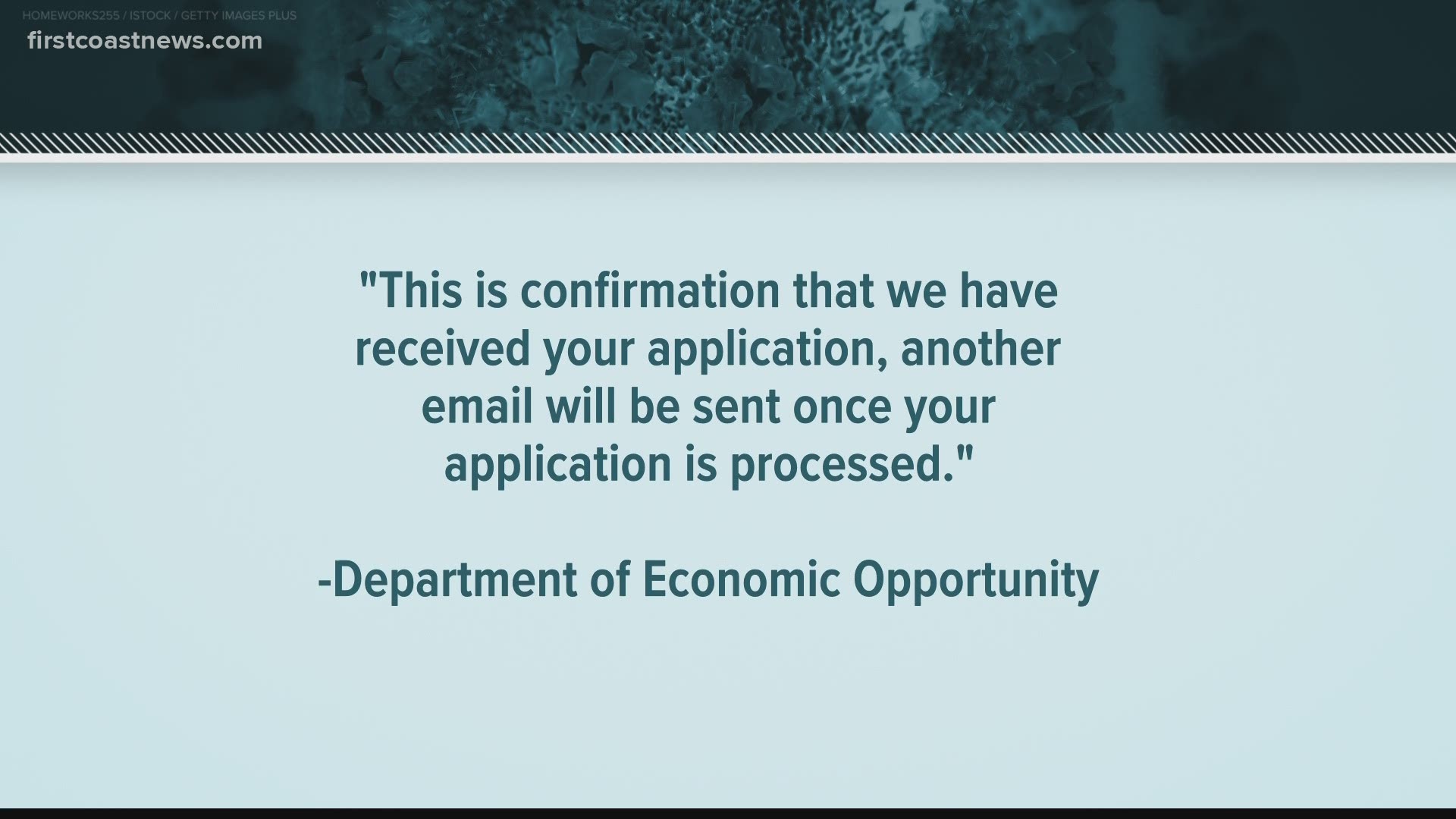 JACKSONVILLE, Fla. — Not everyone is computer savvy - Andrew Young admits technology isn't his strong suit, so he filled out a paper application for Florida's unemployment benefits.

However, he feels he may have been forgotten.

"We should all be treated equally. You should still go through the paperwork as well as being online,” he said of the review process.

Like so many others, Young says he's received no update about the status of his claim.

He was given no ID or claim number and when he finally got someone on the phone, he was told he could not be helped.

"I told her I filled out the paper application and she said there was no way for her to track it and there is no way for her to give me information. She said all I can do is sit here and be patient and wait for the mailbox,” Young told First Coast News.

Young did get one email from the Department of Economic Opportunity that read, "This is confirmation that we have received your application, another email will be sent once your application is processed."

He has yet to receive a second email and he's been out of work for almost two months.

"Just hoping for a response by now, either way. I don't know if I filled something out incorrectly or if I am denied, accepted,” he said.