K9s For Warriors' goal is to empower veterans to return to civilian life with dignity and independence. 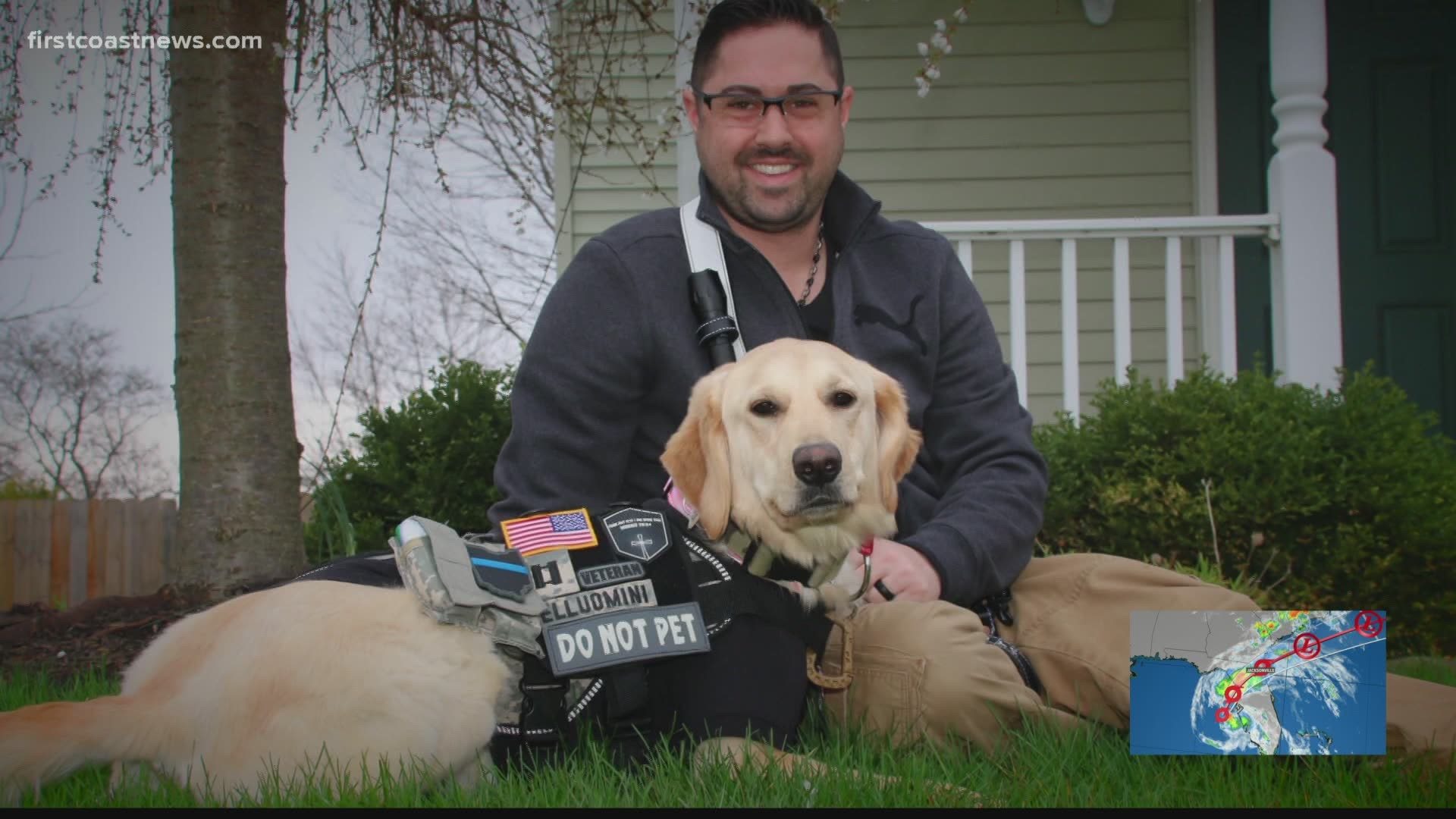 JACKSONVILLE, Fla — Thanks to the generosity of people like you across the First Coast, First Coast News helped to raise more than $500,000 to help K9s For Warriors this Veterans Day.

The money was raised to help the organization provide service canines to veterans suffering from Post-Traumatic Stress Disorder, Traumatic Brain Injury and/or Military Sexual Trauma as a result of military service.

K9s For Warriors' goal is to empower veterans to return to civilian life with dignity and independence.

K9s For Warriors is the nation's largest provider of service dogs for disabled American veterans.

The total raised through Wednesday night is $516,218. You can continue to donate until midnight Friday to count toward the final total.

RELATED: 'I tried to commit suicide twice:' How a warrior rose out of a dark pit thanks to K9s for Warriors

First Coast News helps raise money every year to help build kennels for dogs serving a special purpose. They help veterans who struggle with thoughts of suicide or who suffer from PTSD.

A local veteran said the organization has changed his life.

RELATED: This breed of dog can climb a house!

What he experienced during his service to the country deeply affected him. Olson lived in a constant state of awareness, battled anxiety and depression, and got divorced.

“The unit I was with, we went through a couple of traumatic events, which caused some PTSD. I struggled through that," Olson said. "Getting out, you lose that sense of service.”

That all changed when he got his service dog named Sigma. The 6-year-old Labrador Retriever knows when Olson is hurting physically or emotionally.

"He can tell when my tone of voice changes," Olson said. "He'll usually come and check on me."

Credit: Daniel Olson
Daniel Olson served the country in two branches of the military and came back with physical pain and PTSD because of it.

“Unfortunately, our donations are down 50% this year," said Rory Diamond, CEO with K9s for Warriors. "Even in a pandemic, we're still training dogs and working to help veterans."

Diamond said the lack of donations has caused the group's waiting list to get a service dog to go from two years to four years.

“K9s for Warriors was created almost 10 years ago now. We rescue dogs. We train them to be awesome service dogs for our disabled American veterans, Diamond said. "So far we’ve paired about 650 warriors with new service dogs.”

An empty space of land in Ponte Vedra will house the largest K9 service dog training facility in the entire country and will be funded through the public's donations.

“It’s [having a service dog] a responsibility that you have now that you are in charge of something else. It kind of gives you a purpose," Olson said.

This is a purpose Olson is turning into a passion.

“Service dogs are there, and they get that bond with you. They’re you’re best friend. They’re with you all the time," Olson said.

Olson now works for the non-profit organization and helps bring hope to other veterans through an understanding and the presence of a friend with paws.