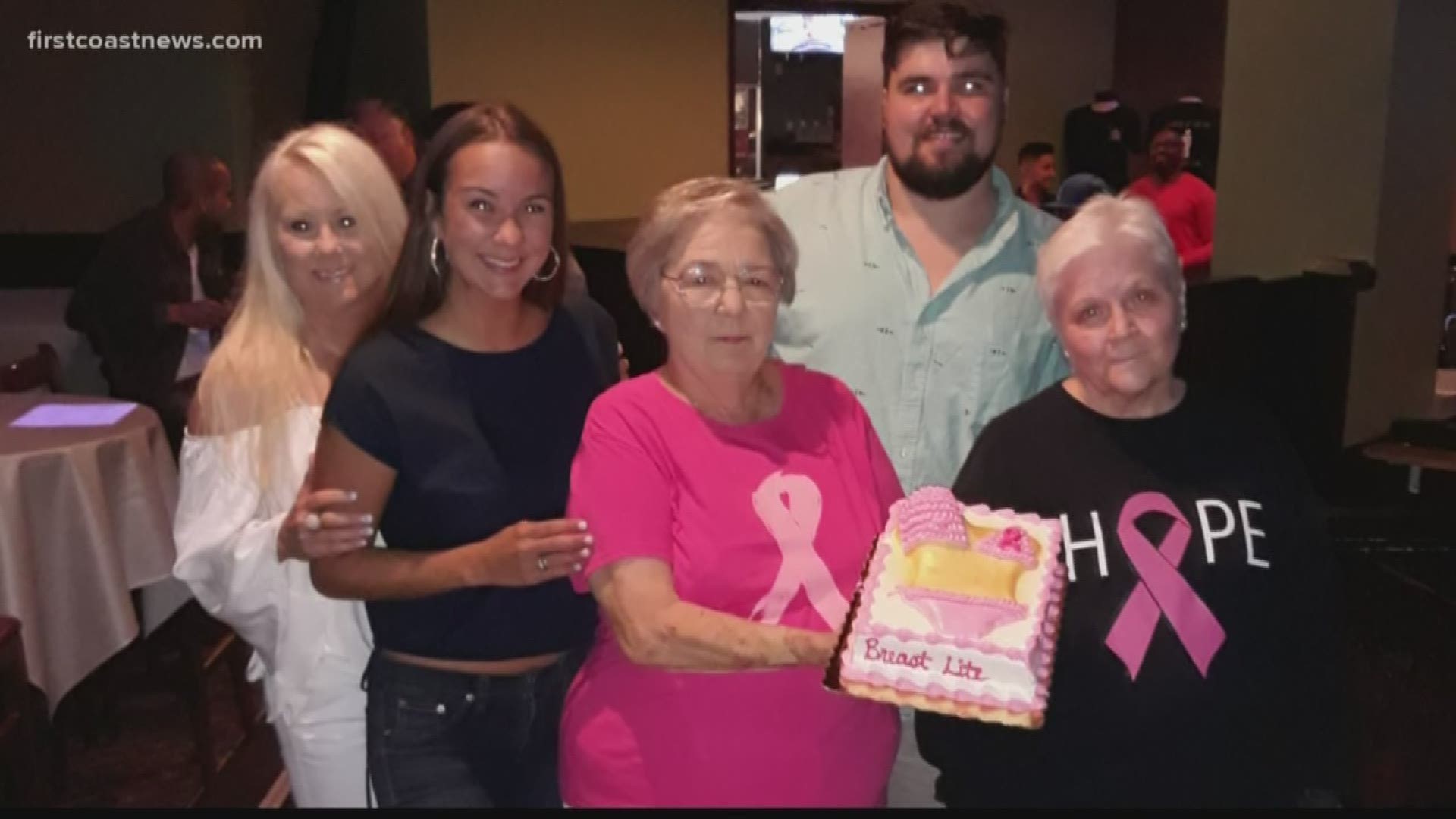 She served our country in the military. After, she fought off breast cancer that she found during a self-exam. She said felt like a "pebble, a hard spot" in her breast.

Now, Schlager has a new weapon to fight off dark times: comedy.

"My friends told me I was funny,"  Jane said. So she tried out to take the stage at the Comedy Zone, a comedy club in Jacksonville.

"I'm not a senior citizen," she said.

She may be older than most of the comedians performing these days, but she can make a crowd laugh -- and laugh hard.

"My birthday was 11 days after my mastectomy and she got me a bikini cake with one boob," she recalled about her friend's good intentions.

The bikini cake evolved into one of her comedy routines.

"You find the funny and try to cling to that," she said. She explains she never makes fun of anyone dealing with cancer. It's more her jab at cancer itself.

Schlager reached out and volunteered to help with the Buddy Bus fundraising campaign, a mobile mammography unit designed to help six local counties.

RELATED: Here's how you can help us buy the Buddy Bus!

Schlager, along with the Comedy Club, worked to donate proceeds from shows to the Buddy Bus campaign.

Schlager will perform next on Sept. 18 and Sept. 25 in the Comedy Club on Hartley Road in Mandarin.