Rhino Shield keeps its promise to help save lives by donating $15,000 toward the Buddy Bus fund. 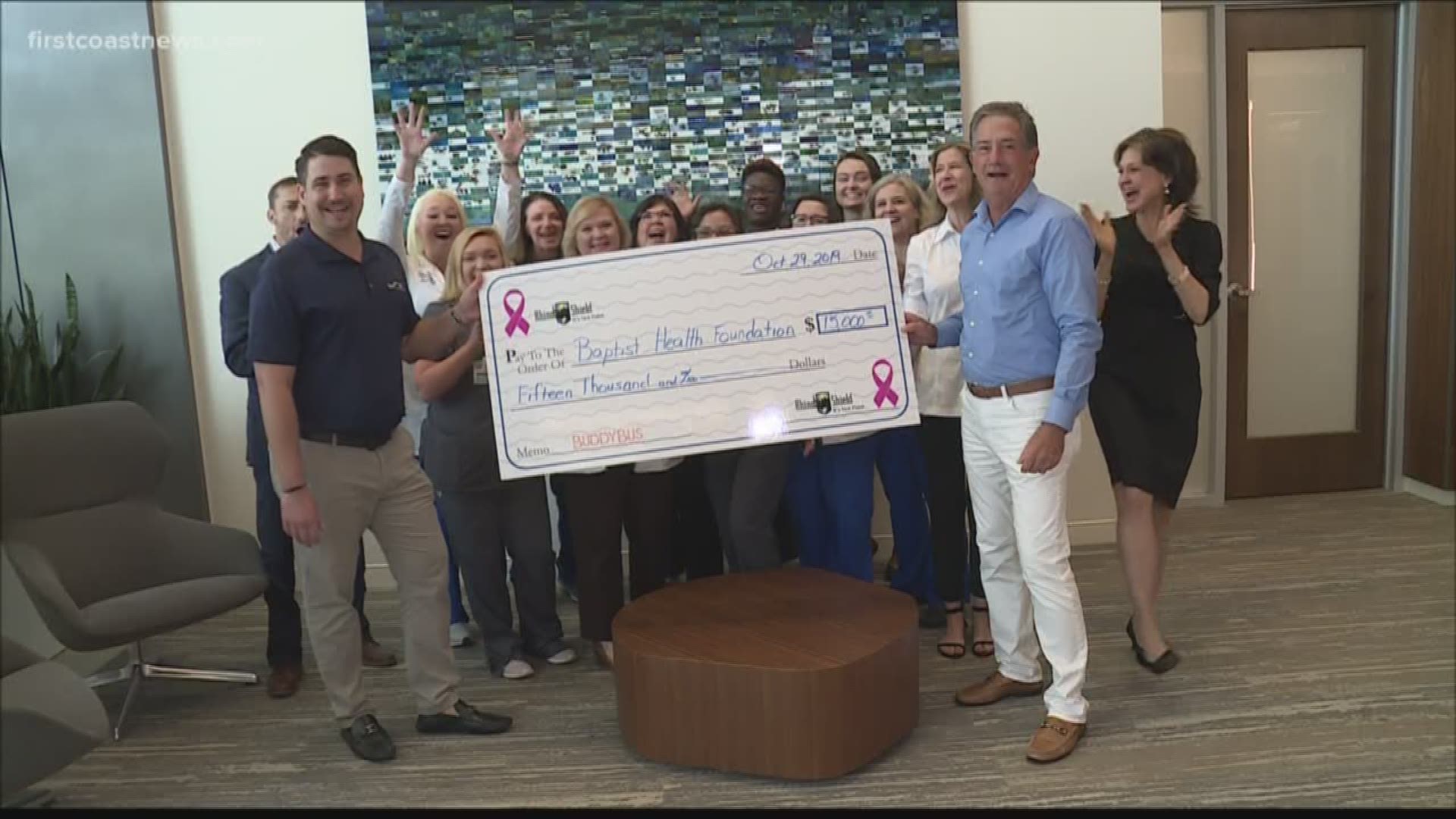 Now the company has kept its promise to help save lives.

Both father and son say the Mariano family considers the project "near and dear to their hearts" for good reason. They say pretty much all of us these days know someone in the fight against cancer or someone who's passed away.

Jay Mariano's "Nana" died from breast cancer, and he is determined to help women catch it early. He says he's impressed the Buddy Bus will travel to six local counties and make mammograms easier for women.

Rick says his company had "a big meeting" and decided to commit to donating $500 for every new job they are getting. They topped their goal in October and presented the big check in the lobby of Baptist MD Anderson.

The Mariano family also announced Tuesday that they will continue their donations through November. That means for every new contract, they will keep giving $500 towards the purchase of the Buddy Bus, which will have state-of-the-art 3D mammogram technology.

Currently, less than 50 percent of women get mammograms. That's unfortunate, considering a mammogram can detect breast cancer as tiny as grains of sand.

The Buddy Bus can change that statistic

Rhino Shield puts a protective, ceramic-based coating on homes and businesses. The company says its product is made in Florida and designed as a long-lasting, UV-resistant coating superior to paint.

If you'd like to ask about Rhino Shield for your home, you can call the company at 904-519-5050. You'll also be helping us save lives with the Buddy Bus project!