Sophia is why she fights - in the ring and outside of it. 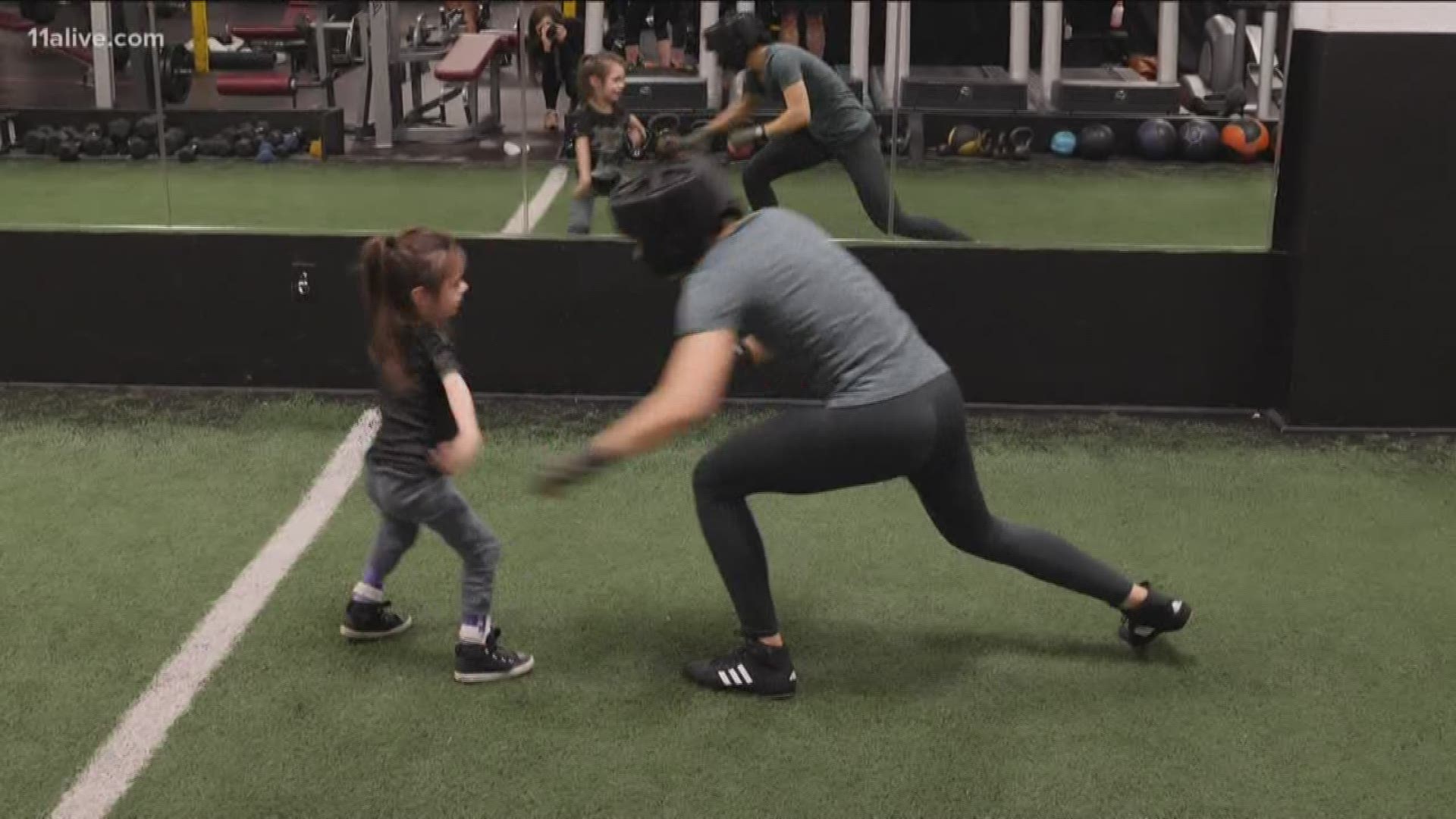 Erika Rodriguez never aspired to be a boxer - and never expected to train with her 4-year-old daughter Sophia Rain. But Sophia is why she fights - in the ring and outside of it.

Little Sophia was born with a rare condition known as arthrogryposis. It causes her joints to be tight and also makes it very hard for her to move her legs and arms. She needs a complex double leg surgery and lots of therapy.

But that's expensive, so mom has been training for Brawl for a Cause at the Georgia World Congress Center. Her match in the upcoming weekend will help her earn charity donations.

She said that she'd take a million punches for Sophia. She'd do anything to take the little girl's obstacles and pain away. Erika is a mom on a mission for her little girl.

It will ultimately take about $30,000 to cover the costs of the surgeries along with the continued "CranioSacral therapy" costs and travel costs. A percentage will also go toward the Paley Institute and The Upledger Clinic-AMC research and funds.

"I have literally sat in front of a doctor telling me that I am doing more harm than good putting her through these surgeries and therapies, because she will never walk independently," Erika said.

She said that just a week after that conversation her daughter found her balance and took her first steps without a device holding her. It was a Thanksgiving Erika will never forget.

"She is strong. Most of all she is happy. She is silly. She has found so much positive in her life through all of these hardships," Erika wrote. "She has a HUGE heart and she is always ready to share it with the world."

Now, in the upcoming event where she hopes to raise money for her precious baby girl, she will not only take whatever punches necessary to make her child's life better - she'll also throw a few.

Erika is ready to fight for little Sophia and show that strength and courage run in the family.

Donations can be made through Erika's fundraiser page here. Tickets can also be purchased there; though, the ticket purchases themselves do not go toward Sophie's surgery - only the donations do.

The bouts will begin on Saturday, April 6 at the World Congress Center. However, one day earlier - Friday at 5 p.m. - a drawing will be held for 3 names from the list of donaters who have contributed at least $35.