Behind the scenes, this volunteer helped pull off St. Augustine's 450th celebration. Four years later, he still works to make the city rich with culture and beauty. 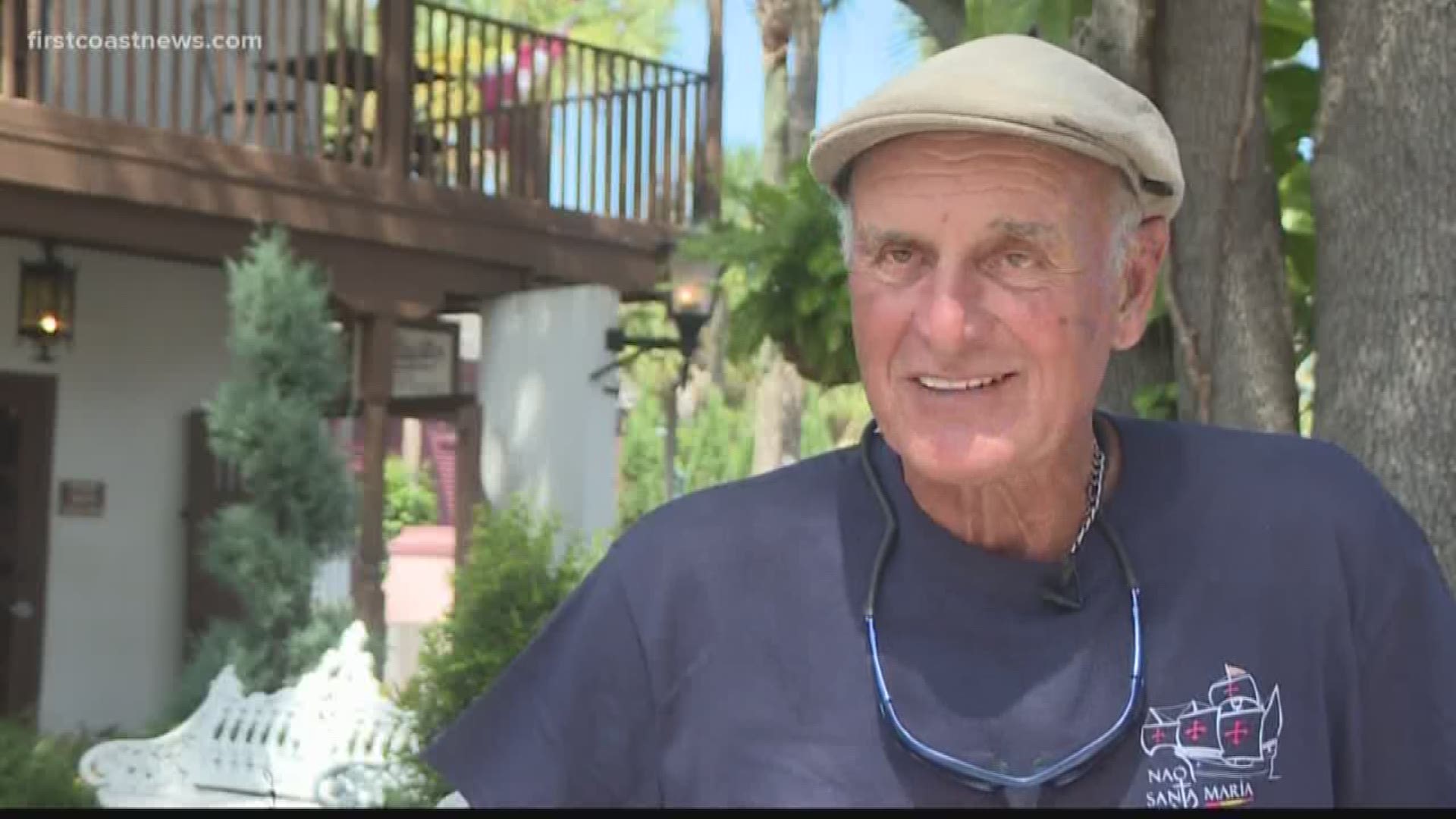 ST. AUGUSTINE, Fla. — Carl Gill is part of St. Augustine. As he strolled along a downtown street, he hummed, waved and stopped to talk with people along the way.

"Most people know me here," he chuckled.

They know him because he is tied to so many groups and businesses in the city.

He eventually moved to St. Augustine from England, so his English accent lilts as he tells his stories.

As the City of St. Augustine prepared for its 450th birthday to be celebrated in 2015, Gill was tapped to lead and organize the volunteers who’d help with the commemoration activities.

"Two-hundred-fifty volunteers helped with the activities," he said. "And Why Because we all had a love for the city, and we all wanted to see it be a successful celebration, which it really was. Sixty-four-thousand people showed up on the day, Sept. 8, 2015, which quadrupled the size of our city."

Gill led volunteers who helped with art exhibitions, concerts, city decorating and all kinds of events for the 450th commemoration.

"The volunteers were able to handle every event," Gill recalled. "If you remember, we had multiple bands playing at one time. We had all kinds of activities going on. It took some coverage, but, fortunately, the people of St. Augustine stepped up and did it all."

He said, "Everybody just signed up for the things they wanted to do and they did it! And it just came off like clockwork."

Gil is humble and he did not get paid for the months of work he put into it.

One of the lingering programs from that time which he led was "Flowers for La Florida."

Businesses competed with each other to have the most beautiful potted plants in front of their locations. The goal was to "beautify the city. Absolutely, beautify the city," Gill said.

And he even recycled metal cans he got from local businesses to raise money for the program.

"We subsidized the cost of some of these pots through aluminum recycling," he said. "Last year, I managed to recycle 1.3 tons of aluminum. That's about 25 cubic yards of landfill that were saved, and then proceeds off-set the price of these pots."

He plans to kick off the flower pot competition project again.

Gill also has nurtured the city’s relationship with the tall ships from Spain. They are ships that are similar to what the city’s founder would have sailed to establish St. Augustine in 1565.

"I was the liaison for El Galeon when she was here," he noted.

Gill has even sailed with the crew in other parts of the county.

Speaking about the crew, he said, "They’re half my age, they all speak Spanish and my Spanish is really poor."  He laughed and said, "But it doesn’t matter. It doesn’t matter!"

He is working to bring a tall ship back to St. Augustine for the Nights of Lights.

Gill also has a heart for helping after disasters such as hurricanes.

"I was with the American Red Cross," he said.

He has gone to other states, assisting people after storms ravaged their areas.

However, this Englishman has always returned to St. Augustine, a city he calls home, a place he serves.

With a little laugh, he said, "I love the place. I wouldn’t be anywhere else. I really wouldn’t!"

RELATED: 12 Who Care: Mike Freed uses his feet to save lives

RELATED: 12 Who Care: Mary Jane Brown makes sure no one goes hungry

RELATED: 12 Who Care: Veteran Kevin Crowell served his country, continues to make a difference in his community

RELATED: 12 Who Care: Foster care caseworker loves his work, treats kids as his own

RELATED: 12 WHO CARE | Honoree Edwin 'Pete' Griffin uses his past to help transform lives of those in jail

RELATED: 12 Who Care: Debbie Revels breaking down barriers for people with Down syndrome