First Coast News is proud to bring back the 12 Who Care Community Service Awards to honor our community's volunteers; folks who make such a difference for all of us. 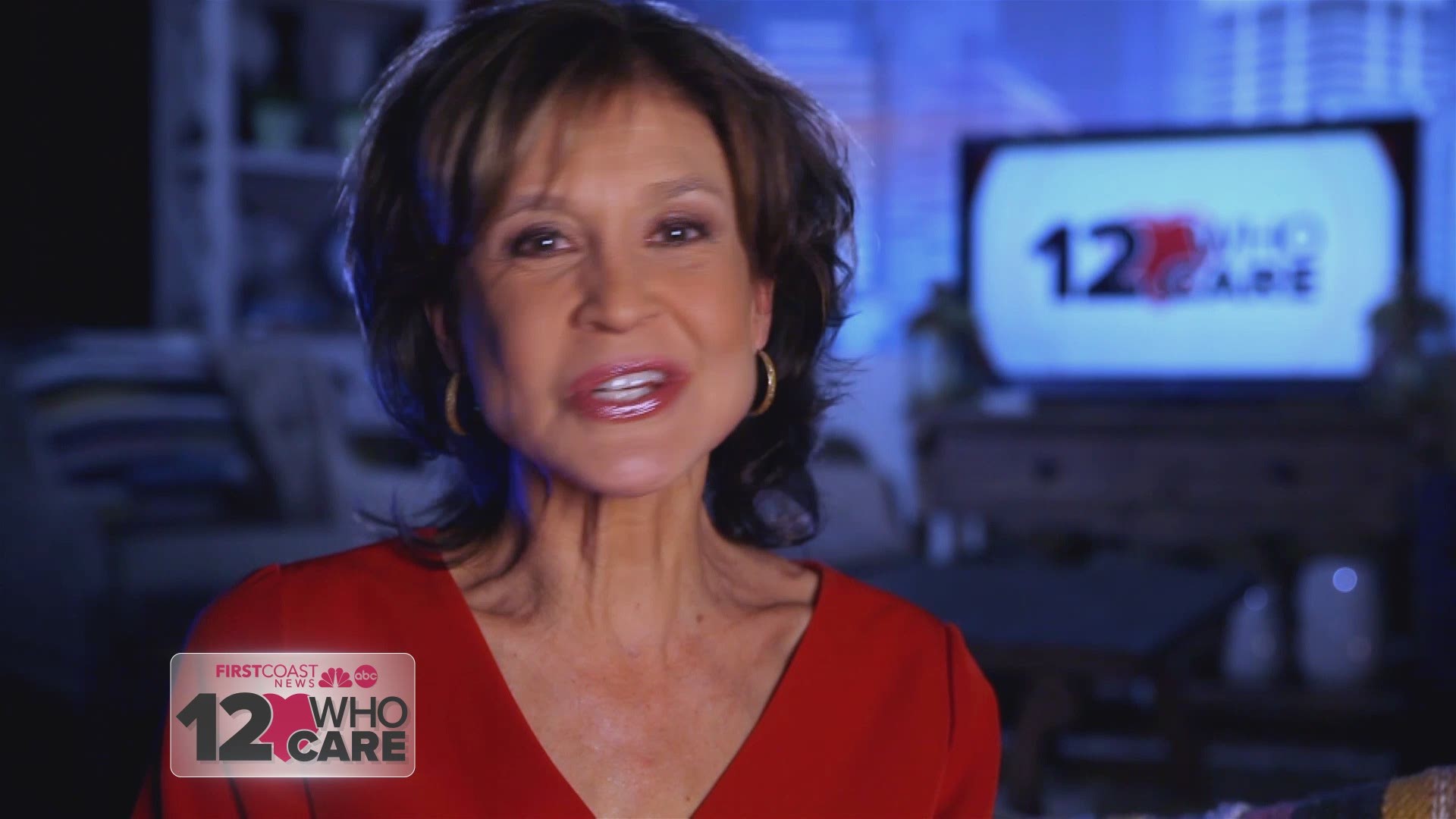 Mary Jane Brown's goal is that no one suffers from hunger. She has powered the Beaches Community Kitchen for 26 years. She coordinates and motivates an all-volunteer staff and obtains and distributes food to several community organizations.

Melissa and her husband adopted four children with multiple disabilities. When their child with severe autism school closed they decided to open the Growing Together Behavioral Center to ensure children with disabilities had a place to learn and grow.

Chris leads the W.I.L.D. program at the Jacksonville Zoo and Gardens and mentors young teens. Among his many achievements, he built a website for area teens that includes help with essays, scholarships, self-care and local opportunities.

Kevin, who is a retired Army veteran, works with suicidal vets and helps the homeless. He started Life Box where he literally built a box on the side of the road near a homeless camp for folks to donate food and much-needed supplies.

Michael changes lives on the First Coast by simply running. He ran six marathons in six days to raise money for Jacksonville Area Legal Aid. To date, Freed to Run has raised more than $400,000 with a goal of raising over $2 million by 2023.

READ MORE >> Mike Freed uses his feet to save lives

Carl was director of volunteers for the St. Augustine 450th Commemoration. During the five-year celebration, he organized hundreds of volunteers for big events such as the tall ships from Spain, the Picasso show and many more. He touched the lives of young and old in powerful ways through his passionate leadership.

In his early years, Edwin succumbed to the crime that plagued the North Jacksonville community. While in prison he changed the trajectory of his life and now spends countless hours ministering to incarcerated men at the J. I. Montgomery Correctional Center and the Duval County Jail.

As a Lead Dependency Case Manager for Children’s Home Society of Florida, Jim Beauchamp works to strengthen and bring stability to children and families in foster care. He is so much more than a caseworker to these children. He is their mentor, friend and big brother.

READ MORE >> Foster care caseworker loves his work, treats kids as his own

Jenny’s volunteerism at the Children’s Clinic at Nemours Children’s Specialty Care is a true labor of love. She spent years making the case for a miniature horse program then created and funded it herself in 2017. This program especially helps nonverbal children be able to socialize in a safe environment.

Debbie is a founding member of the Down Syndrome Association of Jacksonville. As DSAJ turns 30, it has exploded with programs and services for every age group, as well as sports leagues, hospital packets, lunch 'n' learn, educational speakers and the list goes on.

Debbie founded Micah’s Backpacks providing backpacks full of weekend food for children who may not have another meal until Monday. Today, over 153 children receive food weekly as the program continues to grow in student numbers and schools served.

Mary started a Clothes Closet project for the Pace Center for Girls growing it from piles of donated clothes to an organized shopping experience. She has also brought in hundreds of prom dresses over the last five years. PACE has renamed the close closet “Miss Mary’s Boutique."