Terry Spivey got COVID-19 days before Christmas and is now in a Macon, GA hospital on life support. His pastor describes the outpouring of support as "torrential." 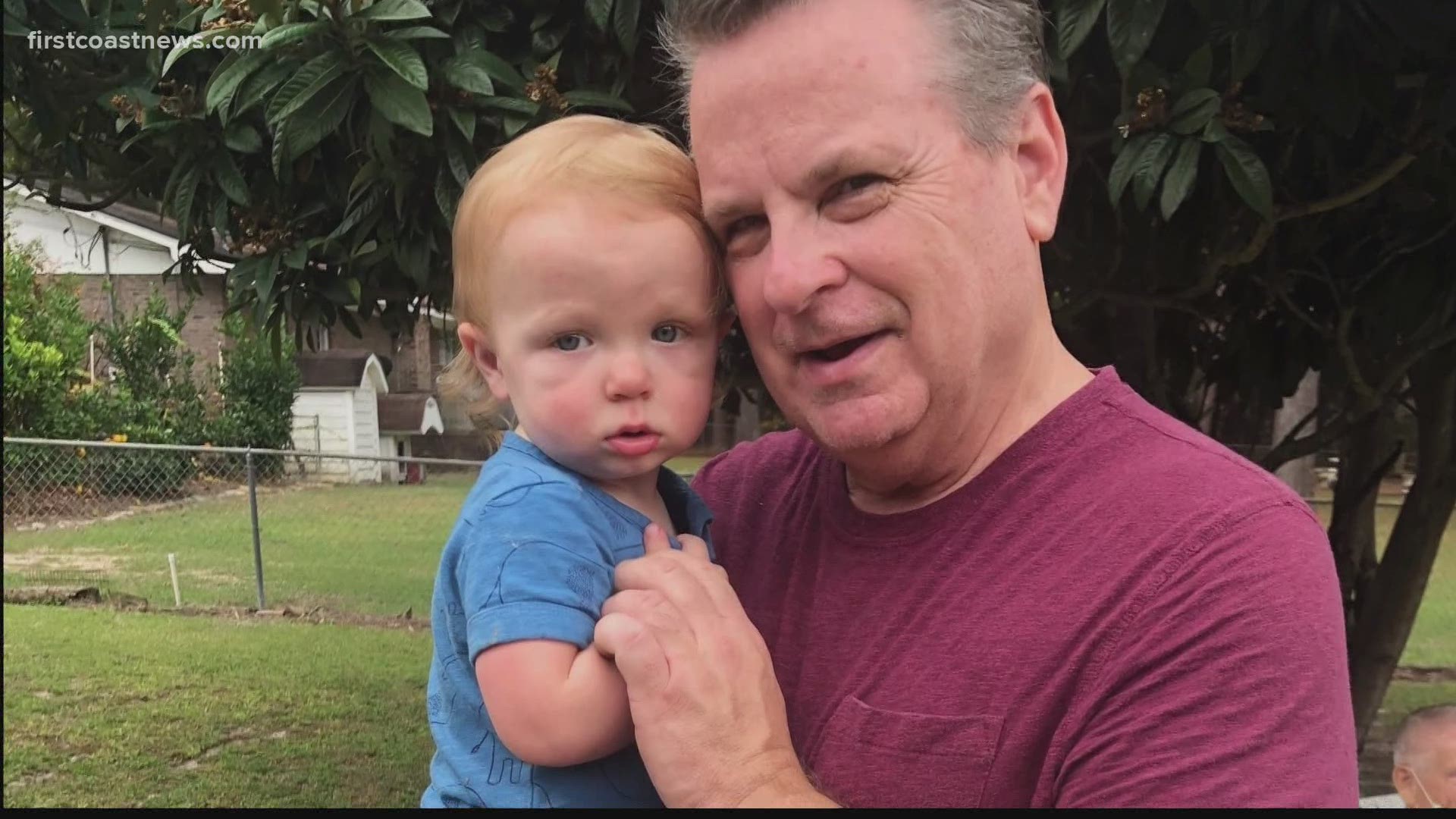 WAYCROSS, Ga. — The family of a Waycross man battling COVID-19 has found a way to let him hear their voices as he is sedated and on life support. Terry Spivey's family isn't allowed in his hospital room right now, so they got creative.

“They actually made audio recordings of all of the kids and the grandkids and Terry’s wife, Beth, so now every time one of the nurses walks into his room, they play those messages the whole time that they're in there,” Pastor Tim Corey said. “They said we know he’s hearing it because when we turn them on, his blood pressure goes up a little bit and his heart rate speeds up a little bit.”

We first shared Terry Spivey’s story last week when he was in a Brunswick hospital in need of a special life support machine called an ECMO. It’s a machine that can replace the function of the heart and lungs, but the hospital where he was did not have one.

“Within 24 hours of the news report, he was actually transferred by helicopter to Navicent Health Systems in Macon, Georgia, where he is currently on ECMO, and the ECMO is doing what ECMO does,” Pastor Tim Corey said.

Spivey, 57, was healthy according to his pastor until he got COVID-19 a few days before Christmas.

“He ended up going to a hospital in Jacksonville because he was having trouble breathing, just felt really sick. The hospital ended up sending him back home, and then two days later he ended up at Southeast Georgia Health Systems in Brunswick where he was admitted and just kind of turned and went down and reached the end of what Brunswick was able to do for him,” Corey said. “They were having trouble finding somewhere for him to go that had the ECMO machine.”

Corey took to Facebook sharing Spivey's story, a post that has now been shared thousands of times.

“My wife and I, along with the family just reached out to every possible Avenue, we could think of just putting out Hail Marys, which is how we ended up talking with you. Because we knew he needed help, it was just a matter of getting there.”

As Spivey’s story spread so did the outpouring of support.

“One of the people who saw the initial post and saw he was going to be moved to Macon, reached out to their old church in Macon, and the pastors there sent out an email to the church asking if anybody had a way to help the family,” Corey said. “Somebody stepped forward with a house that they had that was a rental property, that they’ve allowed the family to stay in for 10 days while it was vacant.”

The house is within walking distance of the hospital.

“They walked around, prayed some and came back and some of the church members had gotten gift cards to some of the local restaurants and snacks and that kind of stuff and left it for them on the doorstep,” Corey said.

Grateful for all of the support they’ve received, Spivey’s family and pastor are asking everyone to pray for him.

“As a pastor, obviously, I believe in the power of prayer. The second thing they're going to run into is going to be the financial side of things. I can't even fathom the expense that's going to come with this,” Corey said.

A GoFundMe page has been set up to help with Spivey’s medical expenses. You can donate online, and Corey is posting updates on his condition at the Prayers for Terry Spivey Facebook page.