'Our goal is to help save lives': New door technology built to slow down school attackers

Florida-based Masonite teamed up with Armoured One to create an attack-resistant door. 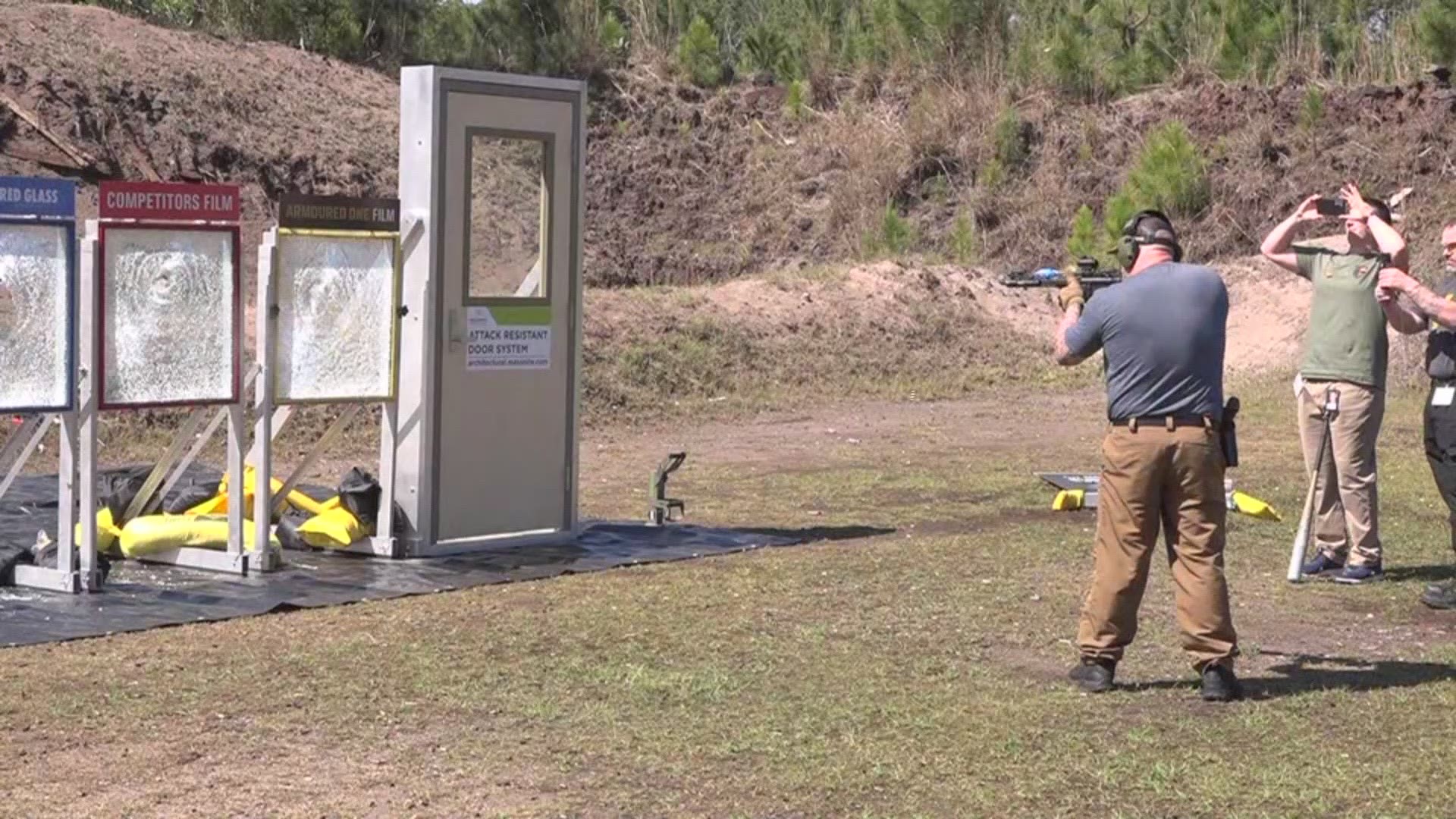 ST. JOHNS COUNTY, Fla. — In the past weeks, random acts of violence in the form of shootings, particularly in Atlanta, GA and Boulder CO, have re-entered the national conversation.

While politicians debate legislation to address shootings, others are producing technology to help keep people safe in the event of a shooting.

Armoured One is a New York-based company focused on helping to produce equipment that could prove to be life-saving if an active shooter situation happens at a school. The company teamed up with Florida-based Masonite to create an attack-resistant door.

The door can resist eight rounds in four seconds, which could slow a shooter down in situations where every second counts. Government officials and school administrators were able to see the door in action.

During the demonstration, Czyz fired 100 rounds into the door. A Bradford County deputy also tried to open the door with several hits from a baseball bat. Neither were successful. Rather, they used a SWAT battery ram to finally open the door.

“The goal is to slow down the bad guy who is untrained," Czyz explained. “Our police, first responders are trained beyond what we're seeing in an active shooter. So, they're able to get in.”

Representatives from several Northeast Florida entities were there to see how the attack-resistant doors worked. However, First Coast News is not aware of anyone in the region who has had them installed yet.