The council is expected to make a decision on how to move forward within four to six weeks. 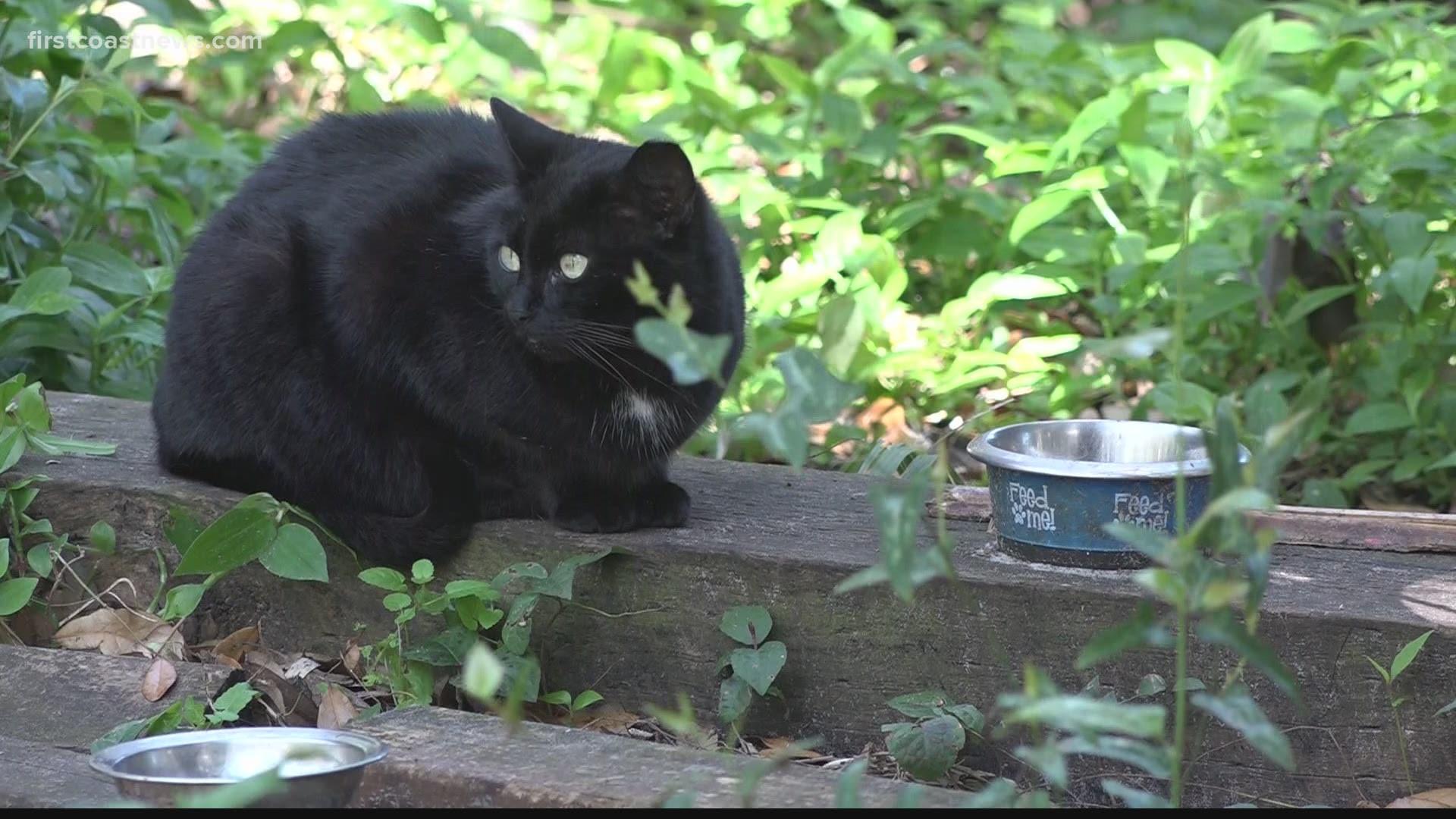 ORANGE PARK, Fla. — A Clay County committee met Thursday to have a difficult conversation about how to reduce the number of feral cats in Orange Park.

The options range from spaying and neutering the animals to euthanizing them.

Stella is a feral cat who lives outdoors with her feline partner "Whitey." The pair knows Jane Hawley with Community Critter Care of Clay County will come out each day to feed them.

"The issue of feral cats and the concern regarding that has been going on for several years," Roland Mastandrea said.

A committee run by Orange Park Councilman Roland Mastandrea met to talk about options to decrease the feral cat population.

“The most humane one is TNR. That's trap, neuter, release," Mastandrea said.

The trappers will put a cat bowl in the back of the trap. The cat will enter, trip a plate, and a trap door will close.

A pair of cats can have two or more litters per year and produce 420,000 offspring over a seven-year period.

"If the cats will stop having kittens, then we can get a handle on the numbers of them, and they’ll just kind of zero out over time," said Jane Hawley, with Community Critter Care of Clay County.

A more controversial option the Orange Park Town Council will consider is euthanizing the cats as a last resort.

“We certainly don’t want to do that. It’s not very humane, but we’re looking at a major problem, not only with the killing of other animals, but cats do carry diseases," Mastandrea said.

"That’s his opinion. I have a different opinion," Hawley said. "We’ve done it for 50 years. We’ve gone in, and we’ve taken pockets of cats, and we’ve put them to sleep. For the short term, it works. There are no cats at that location any longer, but over time the vacuum effect takes hold, and the cats return.”

The council is expected to make a decision on how to move forward within four to six weeks.

Stella is one of the feral #cats being cared for by Community Critter Care of Clay County FL. Orange Park Councilman Roland Mastandrea is trying to find ways to reduce the population, including more TNR and possibly euthanasia. 4p meeting to discuss. @FCN2go pic.twitter.com/gkIPgjw1QT