Females who achieved the rank of Eagle Scout will receive the honor on Feb. 8, 2021. 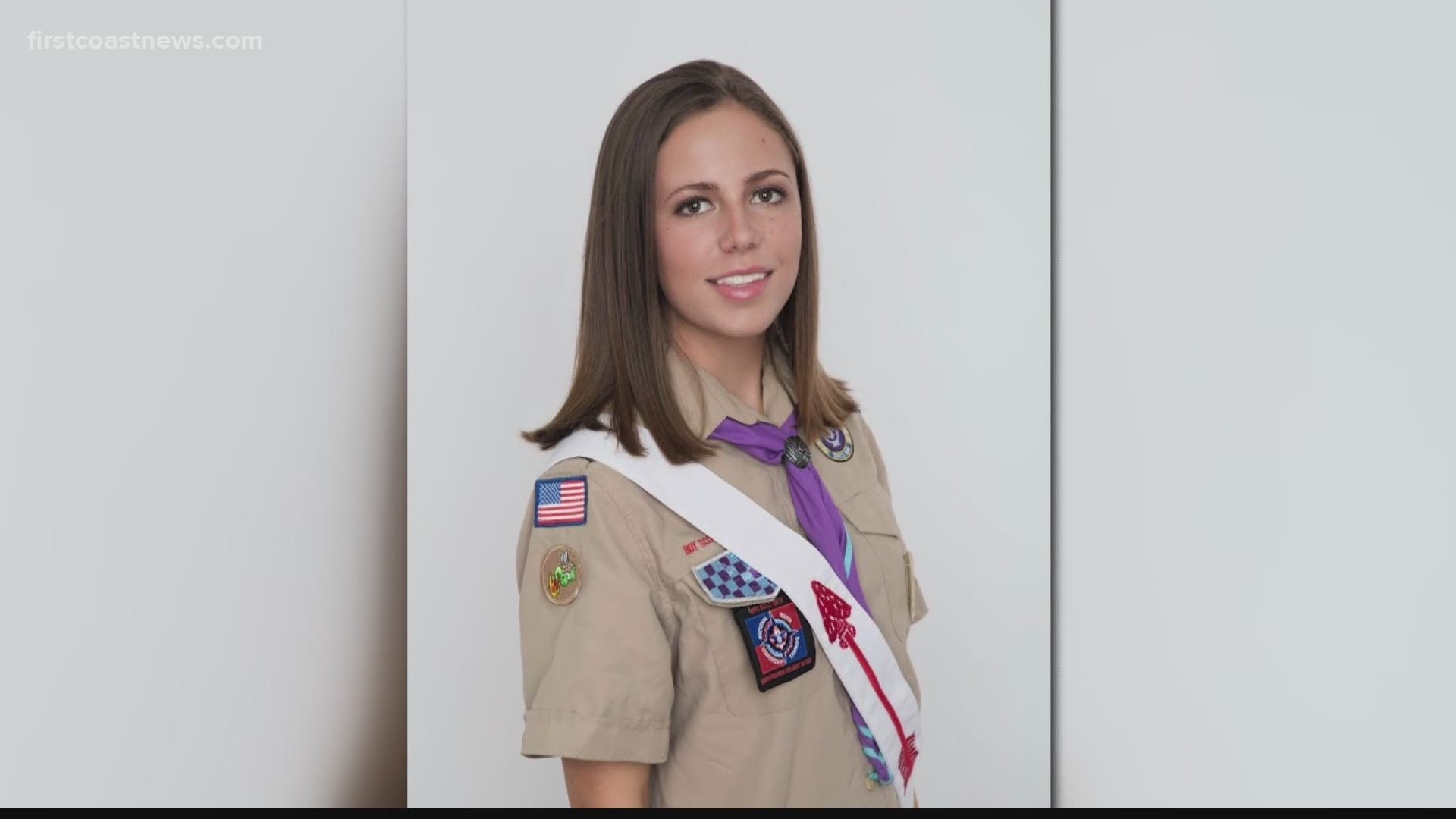 ORANGE PARK, Fla. — When you think of Eagle Scouts, you probably think of boys, but an Orange Park teen will become one of the first girls in the inaugural class of female Eagle Scouts.

Courtney Laird, 15, is helping to change the idea of just boys being Eagle Scouts, and she's assisting domestic violence survivors at the same time.

“As soon as girls were allowed to join, I wanted to get into scouting with my troop," Laird said.

Laid picked the Quigley House, a domestic violence and sexual assault center in Clay County, for her project.

She put 108 hours into her project and donated 200 books to a library at the Quigley House. Laird also raised $3,400 for the project. She built and donated furniture for the shelter.

“We were very emotional when we found out about Courtney being a female Eagle Scout. It sets a wonderful example for our youth at the shelter especially with the challenges that they face to see someone like Courtney set an example that with equality and equity, they can have opportunities as well," said Jennifer Rodriguez, director of sexual assault services at Quigley House.

“I think this really shows the boys the girls are just as capable of what they can do, and it creates a new generation of young men that know women are equal and can do just the same things they can do," Laird said.

Laird will help create equality and history when she becomes one of the nation's first female Eagle Scouts next February.

Courtney Laird has been in the @girlscouts program since she was a little girl and is one of the first female #EagleScouts in the nation since girls were allowed join the @boyscouts program. I'll have more on her project to help @Quigleyhouse tonight at 5:30 on @FCN2go. pic.twitter.com/NAIop15MNk