On Your Side: A disabled veteran's fight to renew his Florida ID 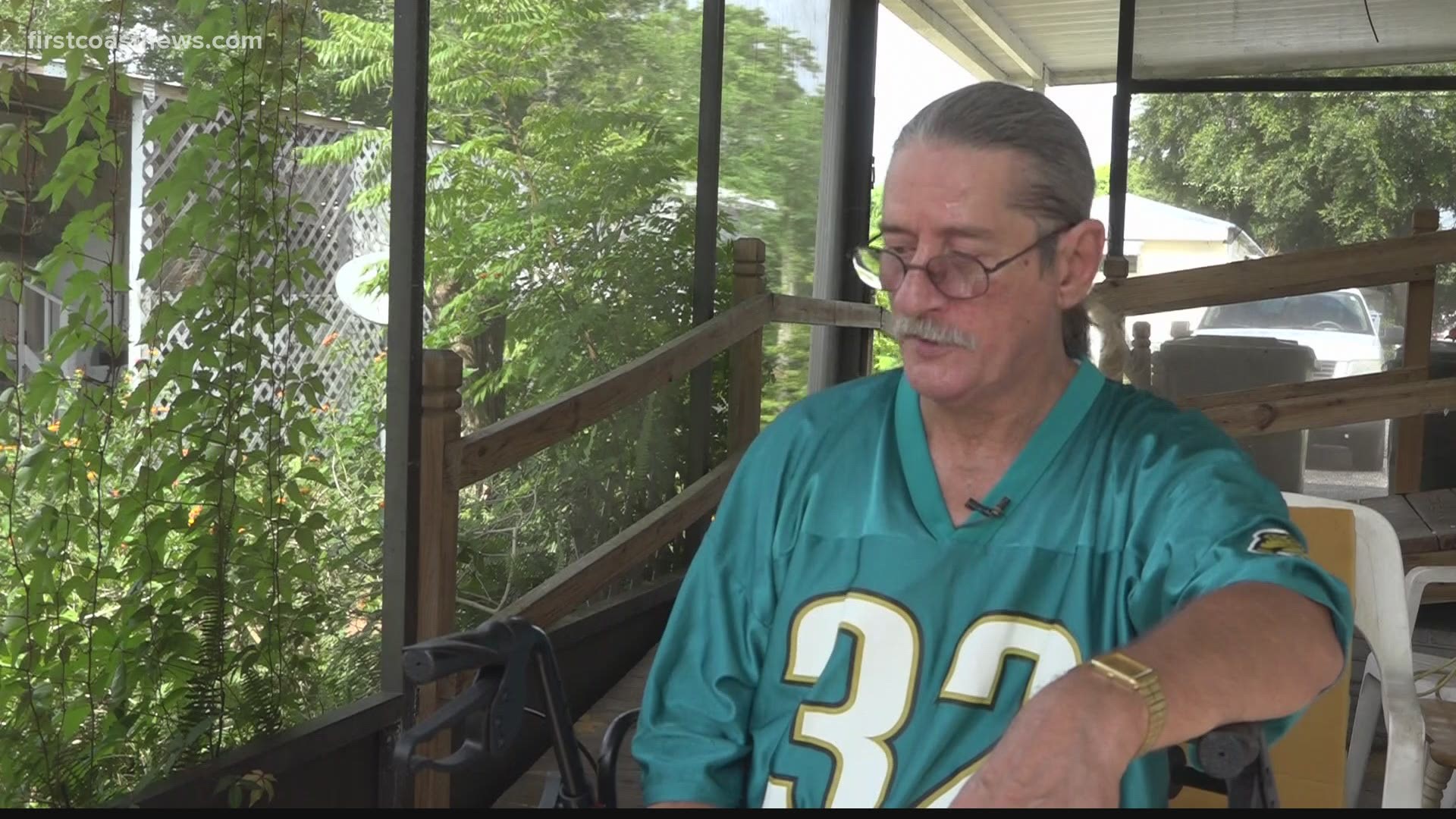 JACKSONVILLE, Fla. — A disabled veteran has been roadblocked from renewing his state identification card all because of a piece of paper.

The Jacksonville man called the First Coast News On Your Side team for help, reporter Haley Harrison got him some answers.

“I have all kinds of documented proof of who I am, but it doesn’t do me any good," veteran Robert Jones explained.

A self-proclaimed military brat, born on base in Puerto Rico, Jones said he’s been trying for years to get his Florida ID renewed with a gold star.

The Duval County DMV office told FCN, the REAL ID Act requires people to present a social security card, two pieces of mail with their name on it, and a passport or birth certificate, which Jones has. However, he’s been told his certificate is not an original or certified copy.

Jones said that means he would have to travel to Puerto Rico, but he is homebound due to his disabilities and can’t make the trip.

“Something that should be so simple to obtain has made my life very, very difficult. I mean, extremely, there's a lot of things that I can't do, because I don't have an ID card," he described. “I can’t get a library card, I won’t be able to access my bank account.”

Jones recently obtained a temporary ID card, but he said he needs to present a proper birth certificate from Puerto Rico in 15 days.

Our On Your Side team made several calls for Jones.

We found out if you were born out of state or in a United States territory, the National Center for Health Statistics has a database of addresses where you can mail a request for a new certificate and get it sent to you. It also includes how to request a death, marriage or divorce certificate.

Jones plans to have his case manager help him mail in his birth certificate request with copies of the necessary documents before the weekend.