The aftermath of the Golden Ray shipwreck in the St. Simons Sound still raises concerns about pollution. 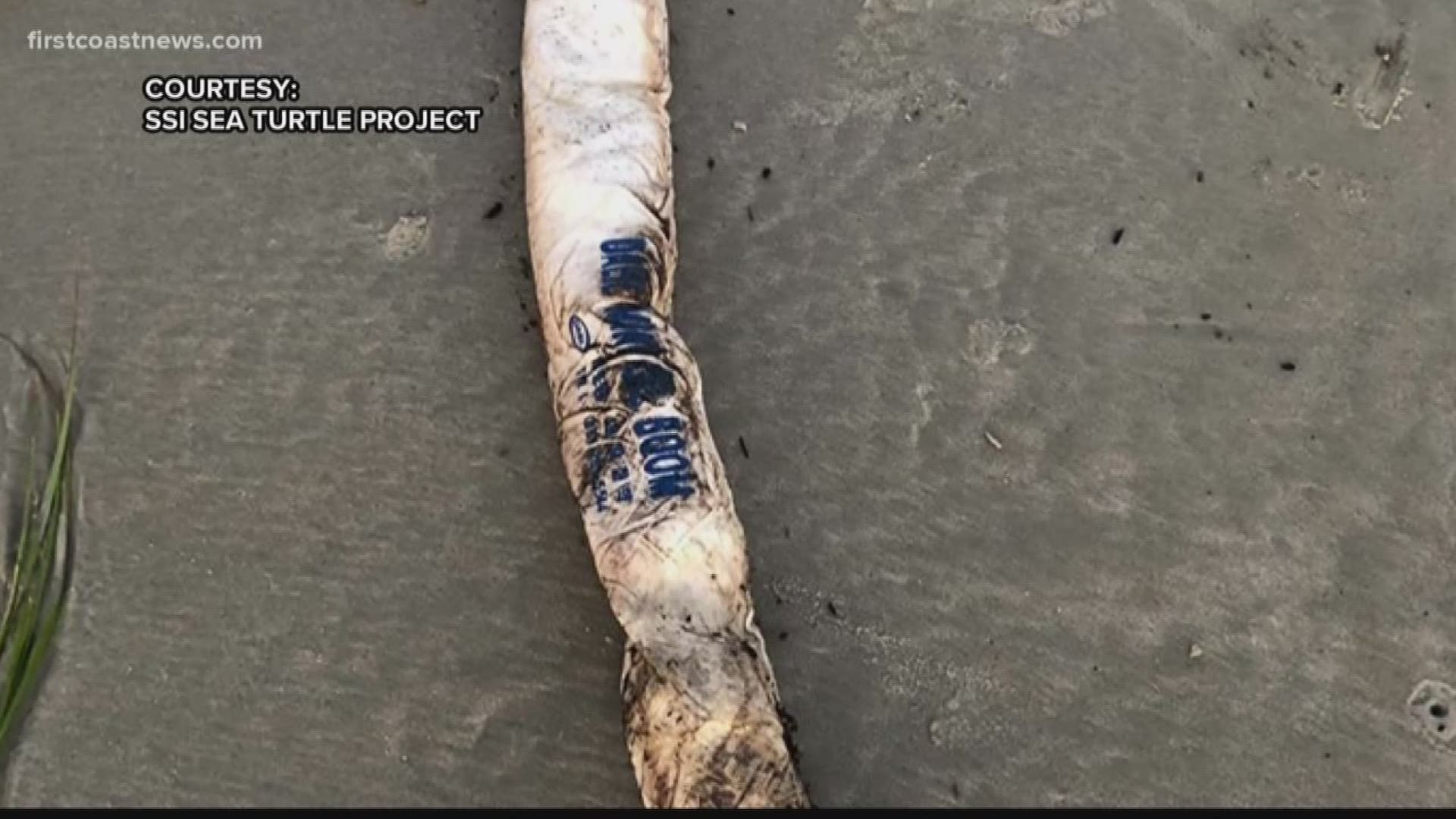 JACKSONVILLE, Fla. — Oil boom materials from the Golden Ray incident are making it to shore along Georgia's coast. They were first noticed by volunteers with the St. Simons Sea Turtle Project.

"What we are asking the public to do is to be our eyes and ears on the ground," 100 Miles CEO Megan Desrosiers said. "Of course we can't be at the beach 24 hours a day seven days a week."

100 Miles is a non-profit with a mission to preserve and protect Georgia's coastline. She was first alerted of the find Tuesday.

There was no additional or noticeable tar or oil in the water or on the beach, but there were concerns from others.

"Yesterday it was reported that some people let their dogs go swimming and they came out oily," Desrosiers said. "So, we want information about that so that we can help the authorities."

Desrosiers wants anyone who may be on the beach, stretching from St. Simons to Jacksonville, to keep their eyes peeled.

As the Coast Guard and other agencies begin the clean-up process, Desrosiers says other materials may be ashore given there are more than 4,000 vehicles inside the ship.

"We need to have this be a problem that the community solves," she said. "Not just a small number of people who know what's going on. But, the whole community working together."

If you find any materials related to the Golden Ray, you can contact the Florida Department of Environmental Protection or the Georgia Department of Natural Resources.