A spokeswoman for the St. Louis Metropolitan Police Department said two police officers were taken to a hospital for treatment. 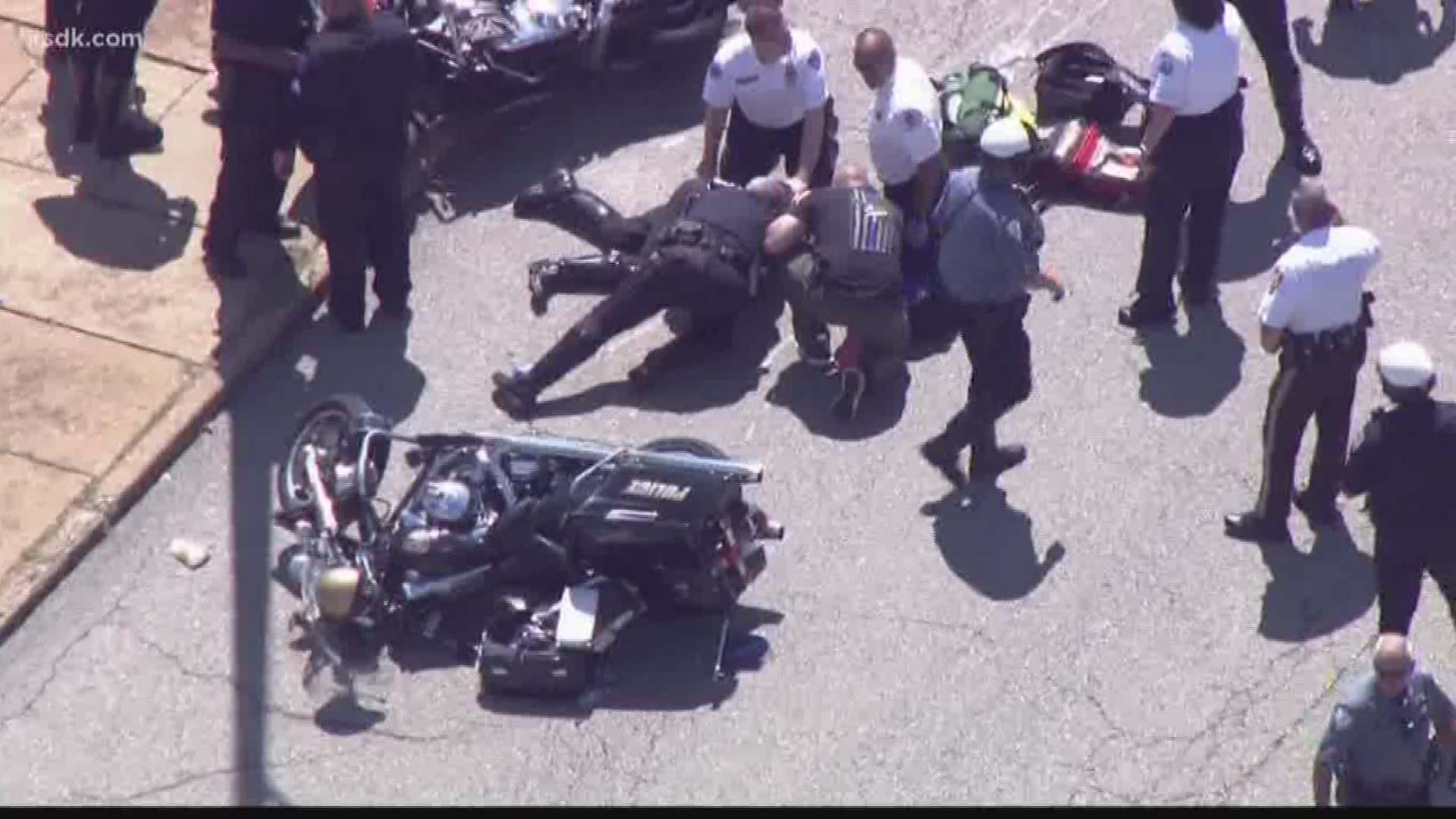 ST. LOUIS — Two police officers were injured in a crash during the procession taking Officer Michael Langsdorf to the funeral home where his services are being held.

The procession started at around 2:30 at Kriegshauser Mortuary, where Langsdorf's body was being kept and was taking his body to Hoffmeister Colonial Mortuary on Chippewa.

At around 3 p.m., two officers on motorcycles crashed and were injured on Chippewa near Lansdowne Avenue.

The St. Charles County officer was in serious condition and neither officers' injuries were expected to be life-threatening.

The St. Charles County Police Chief said their injured officer was Corporal Rob Bell, a 10-year-veteran of the department. Bell's injuries were significant but he is expected to make a full recovery, the chief said. On Friday, Bell was released from the hospital.

The visitation for officer Michael Langsdorf will be on June 30 from noon to 6 p.m. at Hoffmeister Colonial Mortuary, which is located at 6464 Chippewa Street.

The funeral will be held on July 1 at 10 a.m. at the Cathedral Basilica of St. Louis located at 4431 Lindell Boulevard. The interment, immediately following the funeral, will be at Resurrection Cemetery at 6901 MacKenzie Road.

Langsdorf was shot and killed while responding to a call in Wellston on Sunday.

RELATED: Flags across Missouri to fly at half-staff for Officer Langsdorf

RELATED: 'He was my hero' | Boy photographed with fallen officer shares gratitude