The vote is the culmination of a process that began when the deal between Mayor Lenny Curry's office and Jags owner Shad Khan's team was first presented in October. 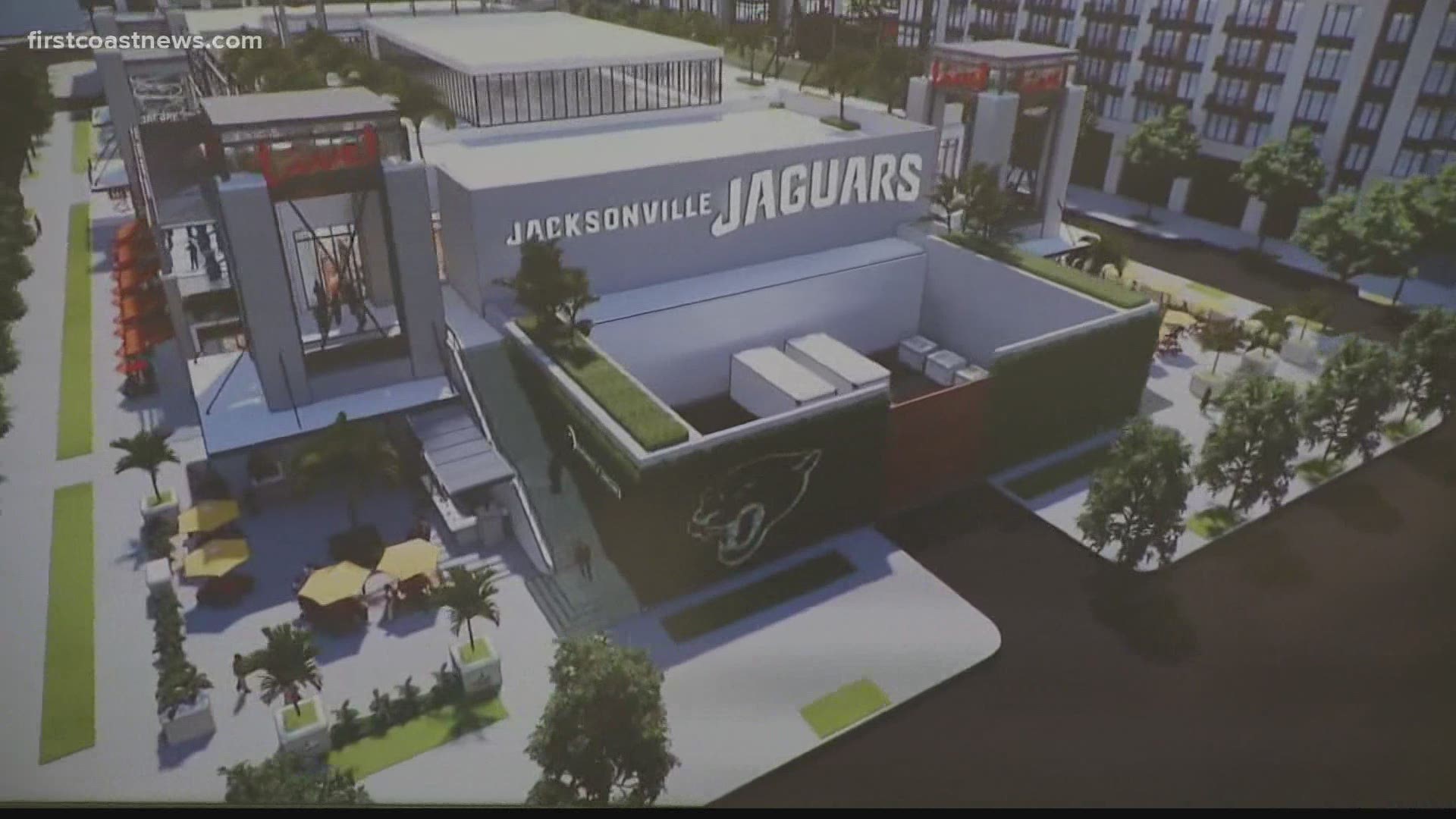 JACKSONVILLE, Fla. — The legislation providing city funds for the proposed mixed-use development at Lot J was denied by a 12-7 vote by the Jacksonville City Council.

Following a 10-hour council meeting last week, Lot J moved out of committee to be advanced for a final approval or denial vote at Tuesday's council meeting. The bill would have required the support of a two-thirds majority of council's 19 members.

While a majority of council members did vote in favor of the project, it stopped just short of reaching the two-thirds super majority, missing the threshold by only one vote.

The following councilmembers voted against the Lot J proposal:

The following councilmembers voted for the Lot J proposal:

After the defeat, Jaguars President Mark Lamping told media that future talks of development on Lot J are off the table.

"I think it's time to turn the page on Lot J," Lamping said. "We'll leave that behind and, as I said, the next step was going to be development of the Shipyards. We're going to focus our attention on that."

Development on the Shipyards property, directly across Bay Street from Lot J, would go through the Downtown Investment Authority (DIA), Lamping said. The Lot J deal bypassed DIA, and was negotiated solely between the office of Mayor Lenny Curry and the Jags development team.

"This sends a clear and negative message to economic development in our downtown and city," Curry wrote. "Again, it’s unfortunate but LOT J will not happen. I look forward to continue working on all  the needs of our city for all of our citizens."

2. This sends a clear and negative e message to economic development in our downtown and city. Again, it’s unfortunate but LOT J will not happen. I look forward to continue working on all the needs of our city for all of our citizens.

When asked about the future of the Jaguars in Jacksonville, Lamping said the team remains focused on three needs: improvement on the field, future stadium upgrades and a more vibrant Downtown Jacksonville.

Opponents of the Lot J deal, many of whom went in expecting the legislation to pass despite their "No" votes, touted the defeat as a victory for taxpayers and went after Curry for the way in which the deal came about.

"I blame the mayor," said Council President Tommy Hazouri. "I can't blame Cordish or the Jaguars because they do what every developer does, they try to get the best deal they can. But we can't set an example today by supporting this bill, and then we've set a precedent for other developers to come in and want the same thing."

"I wasn't gonna support any high profile project if the taxpayers are getting screwed. And in this project, this deal, they were getting screwed," said Councilman Garrett Dennis, who along with Councilwoman Joyce Morgan was a swing vote that tipped the scales against the deal.

Unlike Lot J, approval of the Shipyards project would require a simple majority in Jacksonville City Council. Lamping would not say Tuesday whether the timeline on the Shipyards would change with the defeat of Lot J.

My understanding is LotJ deal needed super-majority vote because it involved amending capital improvement program in middle of budget year. So it would have needed a supermajority vote even if it went through the Downtown Investment Authority first before going to City Council

Citizens wanted to be included in the conversation. But, like the JEA sale attempt, the people’s voice was left out.

OurJax recognizes their commitment, and joins the community in thanking them for protecting Jacksonville’s taxpayers and daring to question the norm-breaking details of what would have been the largest single taxpayer subsidy of private development in the city’s history.

After the JEA debacle, OurJax hoped our city leadership had learned a lesson. Lot J showed many have not.

I’ve seen so many vibrant entertainment/business/residential districts located near stadiums in NFL. For a moment I was convinced we would have one, too.

Like Mark Lamping, I respect the process. Just very disappointed.