After thanking all the first responders for their efforts, Brian's mother says her grandchildren asked if there were cookies and fishing in heaven. 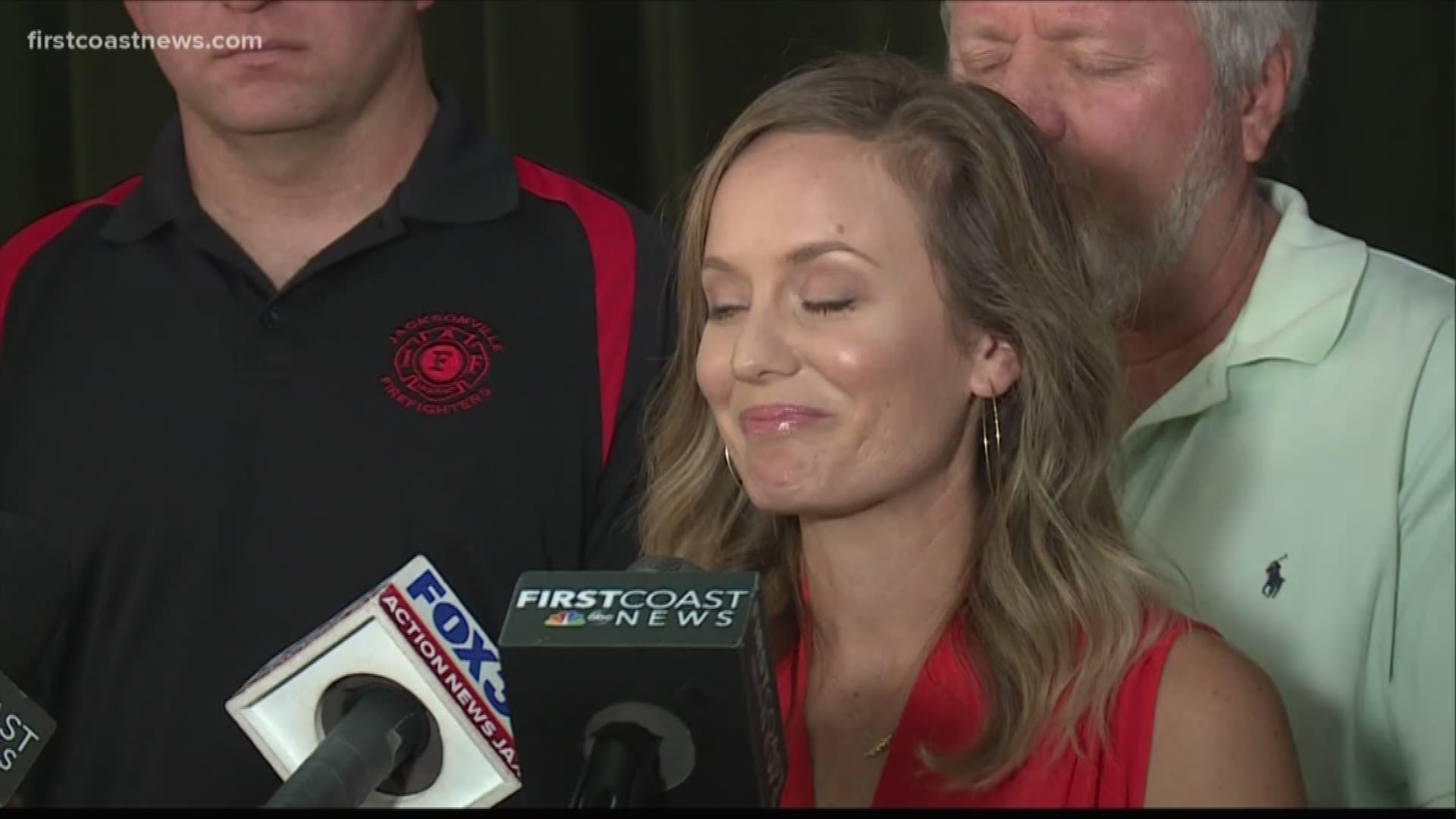 The family of Brian McCluney, one of the two firefighters missing at sea since last week, spoke to the public on Monday afternoon.

McCluney's wife Stephanie, his mother and other family members took the podium with tears in their eyes to thank the public, and speak about what kind of man Brian is.

"We still have a glimmer of hope," Stephanie said.  "...I know firemen like to fix things, and that's what they did here."

Regarding the two children that they share, Stephanie said that the family is addressing things as they come.

Brian's mother Carla also spoke at the press conference thanking first responders and rescue crews for their efforts in bringing home her son.

"There is no doubt in my mind, that everything you did was humanly possible to find Brian and Justin, including the best technology and the best people this country has to offer," Carla said.

Carla says her grandchildren asked if there were cookies and fishing in heaven.

"No effort was spared, no stone left unturned during the search," said Brian's brother, Kevin McCluney. "As Brian and Justin were there for us when we needed them, we need to follow their examples and hold each other together..."

It's been over a week since firefighters Brian McCluney and Justin Walker left for a fishing trip out of Port Canaveral and never returned.

Thousands of volunteers searched by land and sea for the two missing men over a period of six days, covering a search area twice the size of the state of Florida.

On Thursday at dusk, the active search was called off.