From a drive-by shooting to a major car crash, it was a violent and deadly weekend in the Coastal Bend. 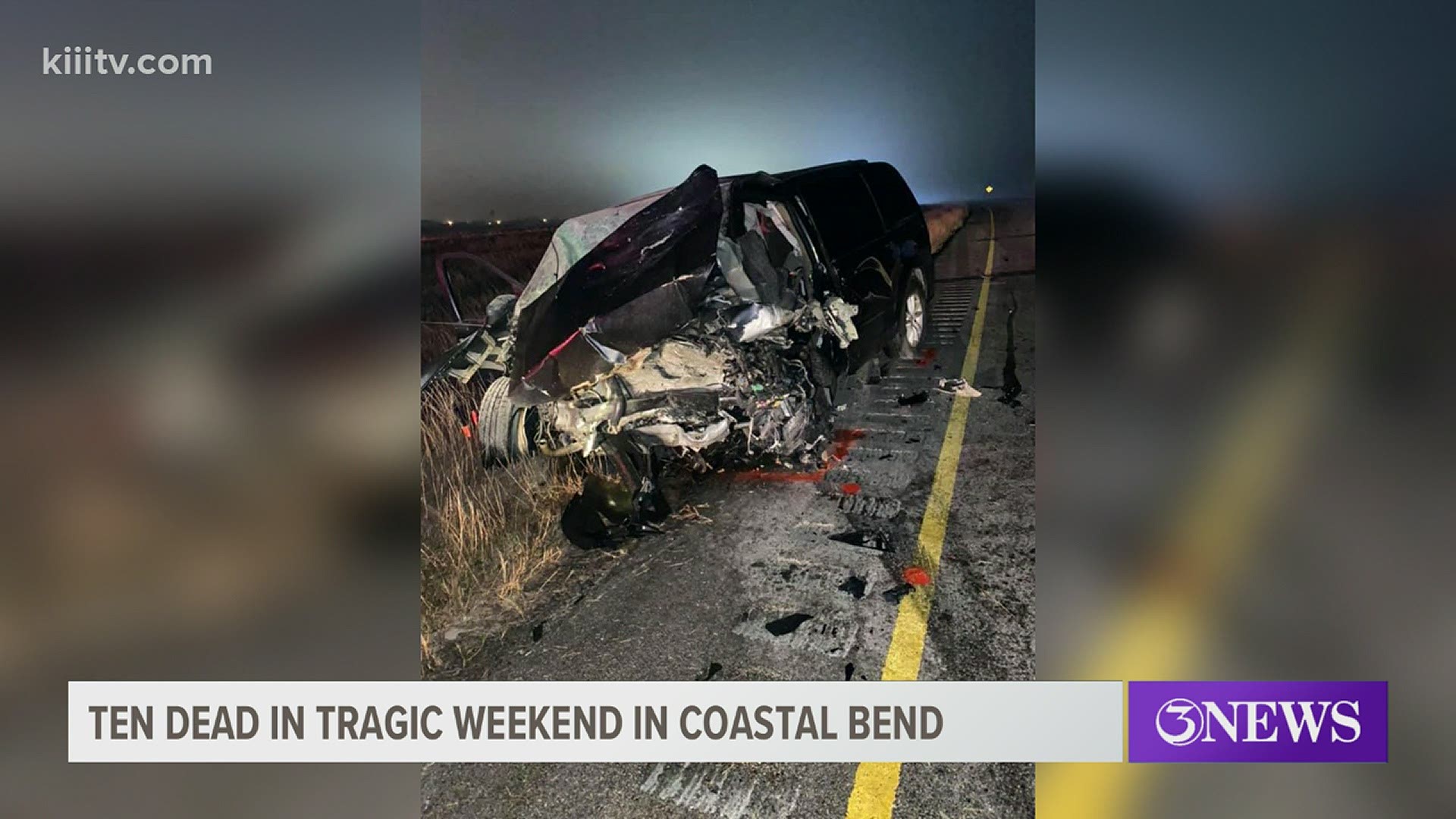 CORPUS CHRISTI, Texas — It was a deadly weekend in the Coastal Bend. At least 10 people lost their lives due to shootings and one major, tragic car crash.

According to DPS the driver of a Toyota Camry with one driver and three passengers was traveling southbound in the northbound lane on IH-37. A driver of a Dodge Grand Caravan and four passengers were traveling north on IH-37, “when the Toyota struck the Dodge van head-on in the left lane.”

DPS troopers say five people were pronounced dead at the scene, with one of the passengers being ejected from the vehicle. Another died at the hospital. All dead are between the ages of 18-24.

Police were called out to Ahern Street near North Port Avenue around 3:30 a.m. When officers arrived at the scene, the victim had died from his injuries.

RELATED: Man dead after drive-by shooting on the city's west side

Officers were called out to an address on Sherwood Forest Drive just after 9 p.m. for a suspicious situation involving gunshots.

When police arrived they discovered one man and one woman dead from gunshot wounds.

Police say the victims were siblings.

On Sunday, Corpus Christi Police were called around 2:00 p.m. to the 10900 block of Stacy Lane near Violet and Starlite in Annaville.

Also Sunday, police were called out to a home along the 3900 block of Elvis, near Rodd Field and Airline, around 5:00 p.m.

Investigators say a domestic dispute between a husband and wife, got out of hand after at least one shot was fired.

The man was taken to the hospital with a gunshot wound to his chest, he is listed in guarded condition.

RELATED: One man in hospital after shooting on city's south side

Corpus Christi police ask if you have any information on any of these crimes to call the Corpus Christi Police Department at (361) 886-2840. You may also call Crime Stoppers at 888-TIPS or submit the information online at https://www.p3tips.com/TipForm.aspx?ID=343&C=&T=.

Information provided to Crime Stoppers is anonymous and if the information leads to an arrest, it could earn you a cash reward.

For the latest updates on coronavirus in the Coastal Bend, click here.

More from 3News on KIIITV.com: