Nine blocks of Jacksonville's largest church up for sale, congregation can no longer afford it

Pastor Heath Lambert on Sunday announced to the congregation the decision to downsize the sprawling campus of Jacksonville's First Baptist Church. 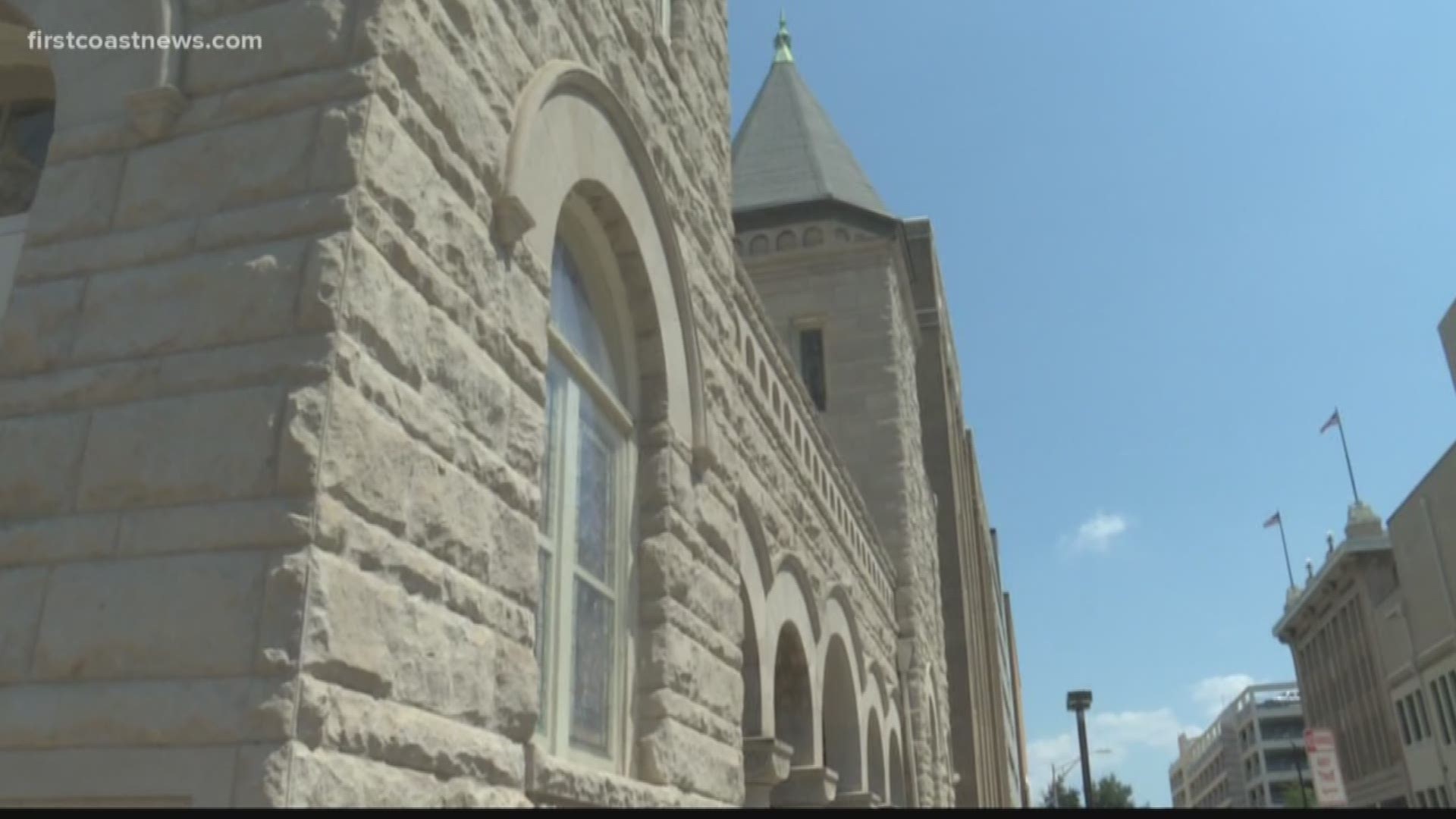 JACKSONVILLE, Fla. — First Baptist Church has been a Jacksonville landmark for 181 years. Its membership over the decades has been the who-is-who in social and political circles.

Pastor Heath Lambert on Sunday announced to the congregation the decision to downsize the sprawling campus. He said it was a difficult task.

"To stand up and say that the room where you were baptized ... I anticipate that to be a very painful decision for the church to hear about," he said.

Lambert joined the church in 2016. A year later, he was named the senior pastor.

He said the church has struggled with a decade long decline in attendance and combined with an aging infrastructure that consumes millions in repairs, the church is in "cardiac arrest."

"Nobody can afford what it takes to keep this thing up," said Lambert, "It is really killing us."

When he shared the information with churchgoers, they embraced the decision.

"I've had people coming up to me and hugging me," he said. "They are so excited."

So now the church is selling nine of its 10 city blocks. The market value is placed at $44 million.

"The phone started ringing real quick when we made the announcement," Lambert said.

The church is going from being the manager of 1.5 million square feet to only 182,000 square feet.

Within that footprint is the Hobson building; the original church. The plan is to renovate and make that the worship center; it is being called the Hobson Block.

Lambert is embracing his critics as well as supporters.

"Part of the goal of this is to be a better neighbor in downtown Jacksonville," he said.

The future, he said, is with suburban campuses like their Nocatee campus, which has doubled its attendance since it opened.

"We want to make ministry investments in smaller footprints across the city," Lambert said. "It is about souls and not brick and mortar."

First Baptist Church Jacksonville is also known for its political strength; having a voice in social and political issues.

"One way for us to be a better neighbor downtown is to work with the city and other folks on having people on this property who can help it thrive and be a part of the resurgence of Downtown Jacksonville," said Lambert.

The church plans to apply for a $30 million loan while it divests its properties.

The money will be used for the renovation of the Hobson block, the goal is to move into the new sanctuary in 2021.