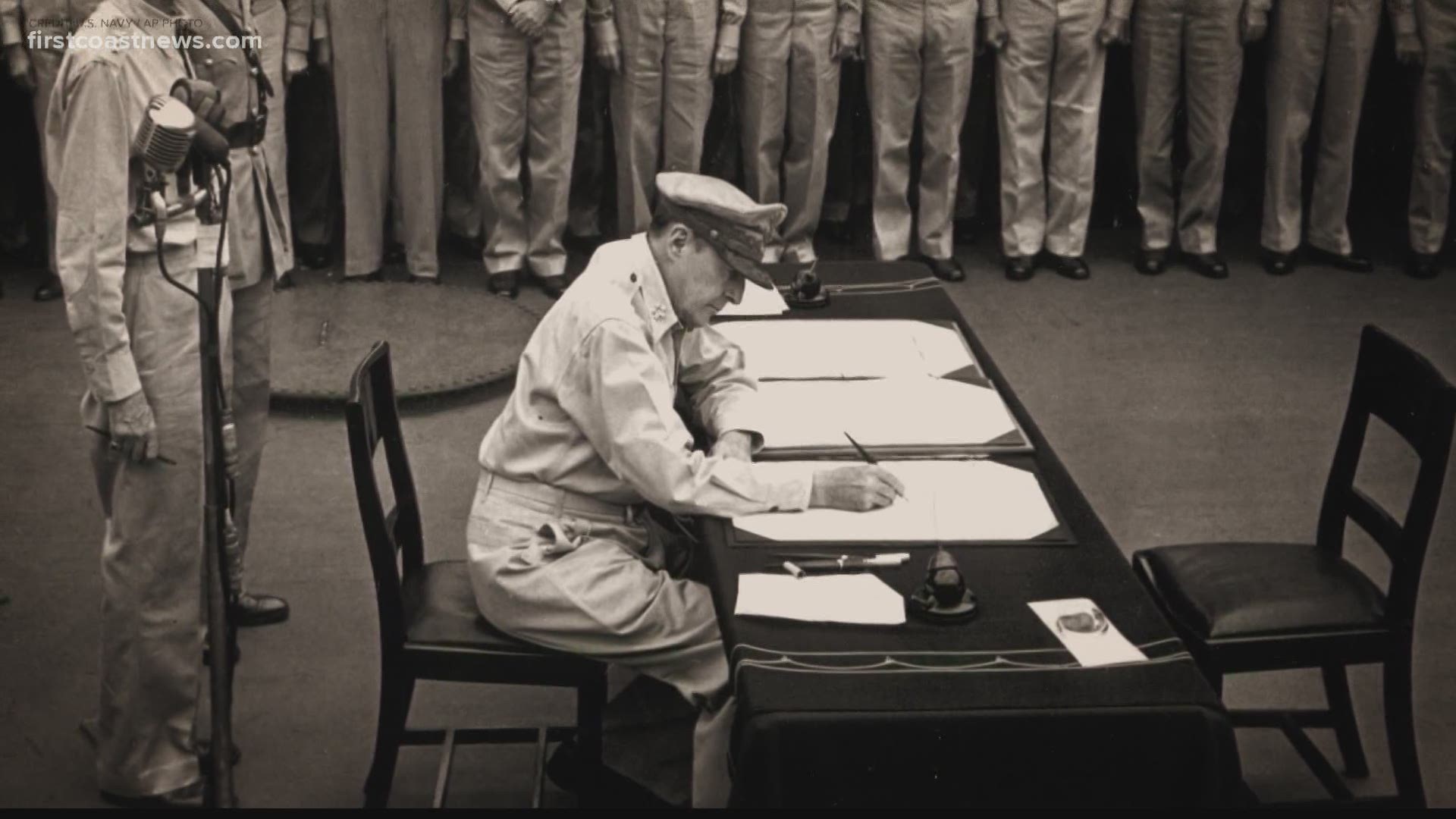 There is a new museum exhibit at the  St. Augustine Lighthouse and Maritime Museum. It shows how the First Coast played a vital role during that war.

"We really wanted to tell this story," Kathy Fleming, Director of the Lighthouse and Museum said.

It's the story of how World War II affected the First Coast and vice versa.

"How it impacted us on this spot, on the island and across St. Augustine," Fleming said. "St. Augustine was an important training facility for Coast Guard service."

Even the building the exhibit is in was built days after the bombing at Pearl Harbor. Five men with the Coast Guard lived there. They helped protect the coastline by standing atop the St. Augustine lighthouse looking for any enemies offshore.

Indeed, there were German submarines that attacked.

The building may be small, but it’s chock full of artifacts such as a gas mask, a uniform and even a Monopoly game.

"Monopoly was used to help break out our prisoners from behind enemy lines," Fleming explained how the US secretly inserted silk maps with escape routes into the board game boxes.

The exhibit has photographs of local people and nearby places during World War II. It also explains the roles women and African-Americans played in WWII locally.

Speaking about a select group of African-Americans, Fleming said, "They were trained at the Florida Normal School in West Augustine to be communication experts around the world for WWII."

Another building in the exhibit was "used to help maintain jeeps," Fleming said. "Those jeeps went up and down the beach and looked for German submarines."

The whole exhibit puts the human spirit on display, the tender moments, the scary ones, and the push to persevere. All of them are from a tiny town on Florida’s east coast.