Some residents who live along the river say it doesn't take a hurricane to cause problems when it comes to flooding. 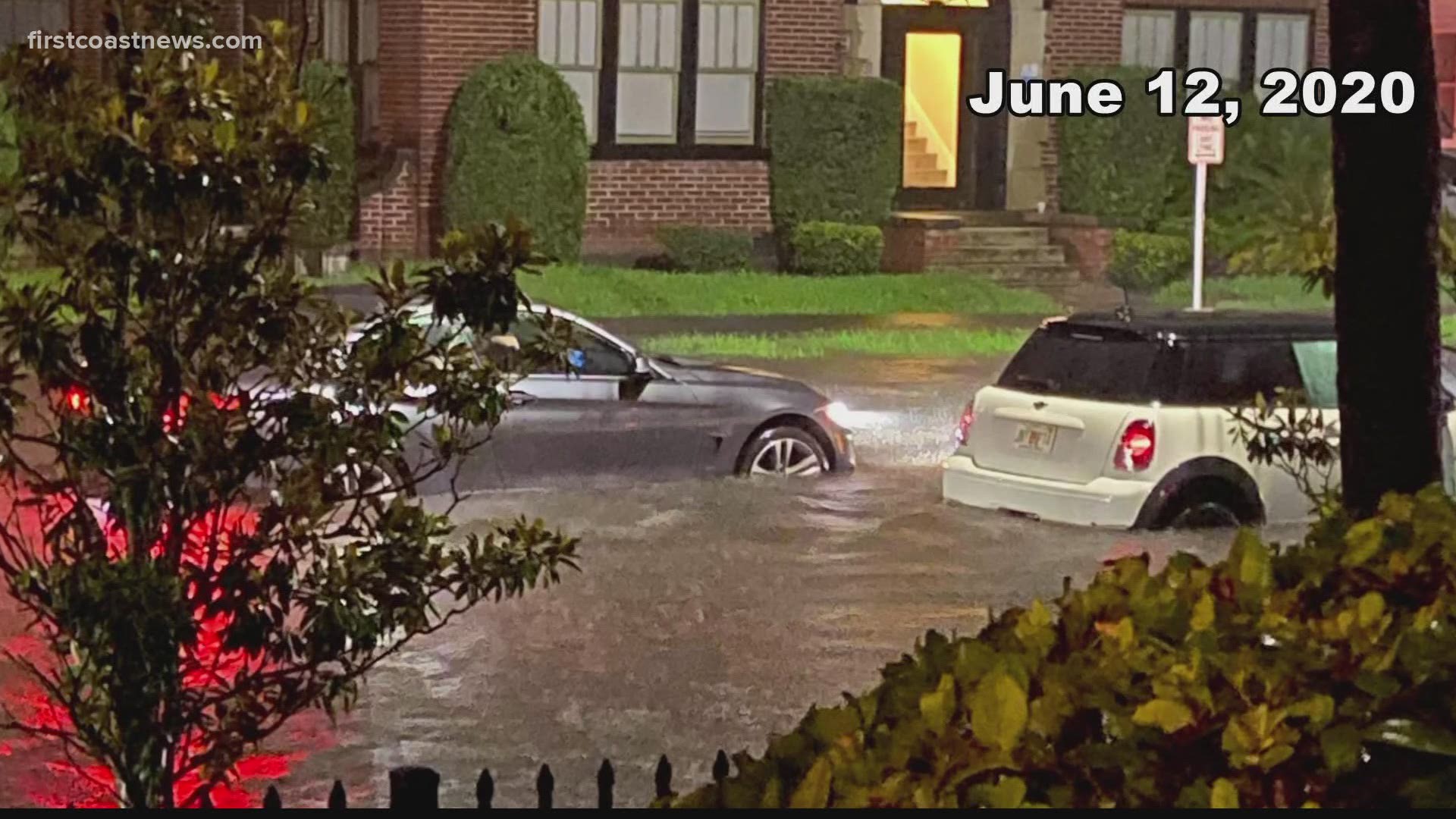 JACKSONVILLE, Fla. — Could economic growth have an environmental cost? That’s what a new report by a group called Flood Trends says about the St. Johns River dredging project.

In Riverside, people are concerned about flooding, whether its from rain or from the St. Johns River. Environmental groups say deepening and widening the river will only make problems in neighborhoods like this one worse.

Some Riverside residents like Lori Joyce had their homes flooded during Hurricane Irma.

Since then, Joyce, who started documenting nuisance flooding in her neighborhood, says it doesn’t take a hurricane to cause problems.

“It takes very little rain to just flood the area,” she said.

She says high tides during the week led to some localized street flooding in areas like Osceola Street and Riverside Avenue.

“We’re all getting what we feared due to the tides, what we call sunny day flooding,” Joyce said.

Paired with a river dredging, Joyce fears problems down the road.

JAXPORT maintains deepening the channel by 7 feet will bring in economic growth, and most city officials agree

“The dredging project accelerates the negative impacts of sea-level rise, and so it puts a big responsibility on the backs of our elected officials to do something about rising waters now,” Rinaman said.

Joyce says that is a problem that needs immediate attention.

“There’s been a lot of looking at it, and that’s appreciated but I think action is so needed at this point, the nuisance flooding and watching the struggle for the residents and people who work in this area, it’s difficult to navigate this space on almost a daily basis at this point,” Joyce said.