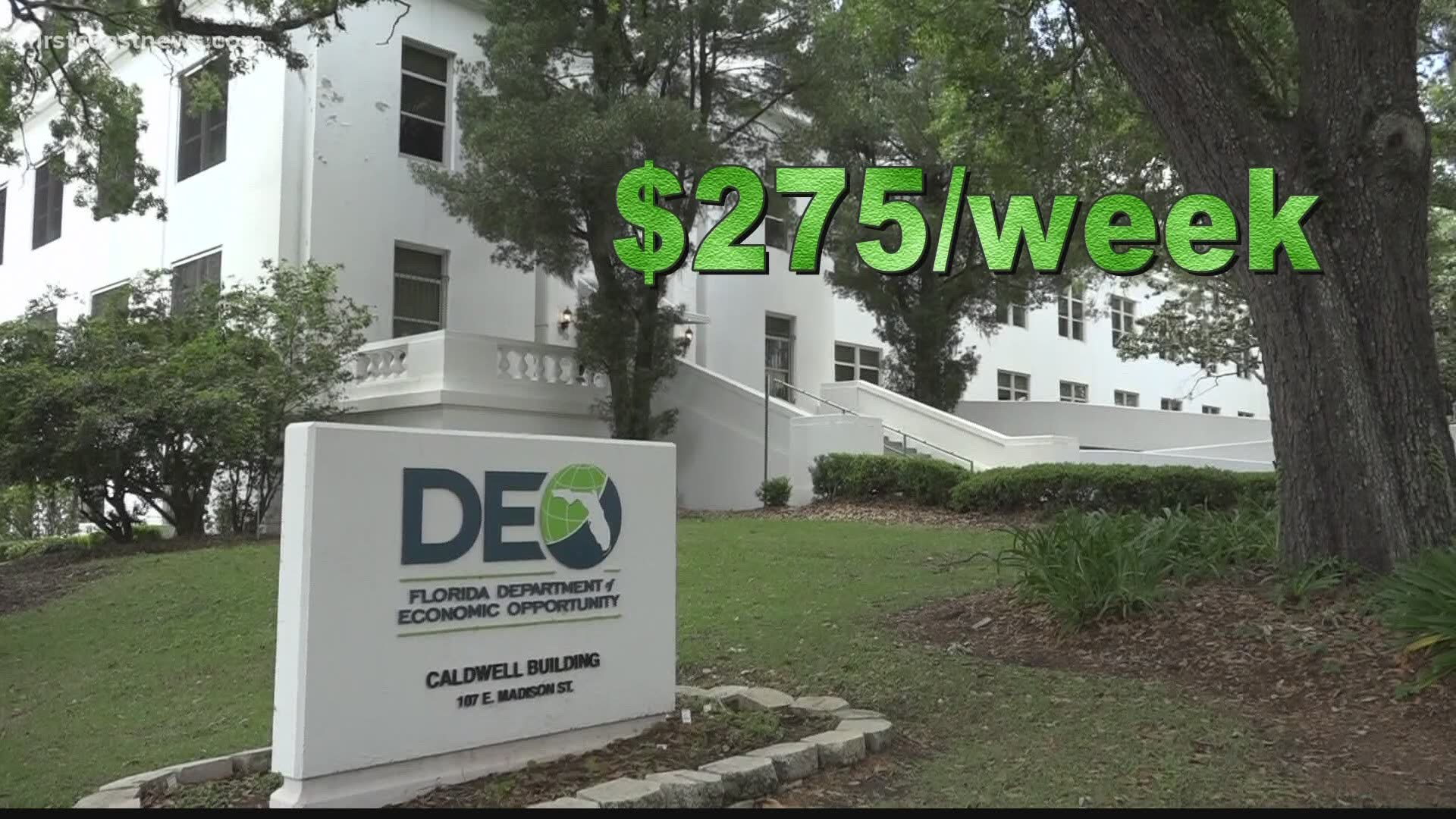 JACKSONVILLE BEACH, Fla. — Florida has decided to opt-in to a new unemployment program that will be an economic boost for those who were self-employed.

MEUC will pay claimants up to an extra $100 per week.

The new program is for people just like Christine Egitto who is an independent contractor who organized large corporate events.

The state doesn’t recognize 1099 wages when calculating state unemployment benefits. As a result, Egitto has gone months with a lower benefit amount than she expected.

Egitto is receiving $243 per week, but if her 1099s were taken into account, she would have been receiving Florida’s maximum benefits of $275 per week.

“The $30 per week, it adds up,” Egitto said. “Especially when it has been this amount of time and such low unemployment.”

The MEUC funds will be in addition to benefit payments, but will not exceed the maximum benefit amount of $275.

To qualify, you must have received at least $5,000 net income from work in self-employment for the most recent tax year and must provide documentation to substantiate the employment and income.

The program will expire with the rest of the federal unemployment programs on March 13.

DEO has not disclosed when the program is expected to launch.

“The Department is awaiting guidance from USDOL to provide more information on the eligibility and specific documentary requirements, which is needed before the program can be implemented and payments issued,” DEO said in a release.

“I’m concerned with how Florida is going to do this,” Egitto said. “So I’m cautiously optimistic.”