The Northwest Jacksonville Community Development Corporation has rolled out a new plan to help stimulate growth. 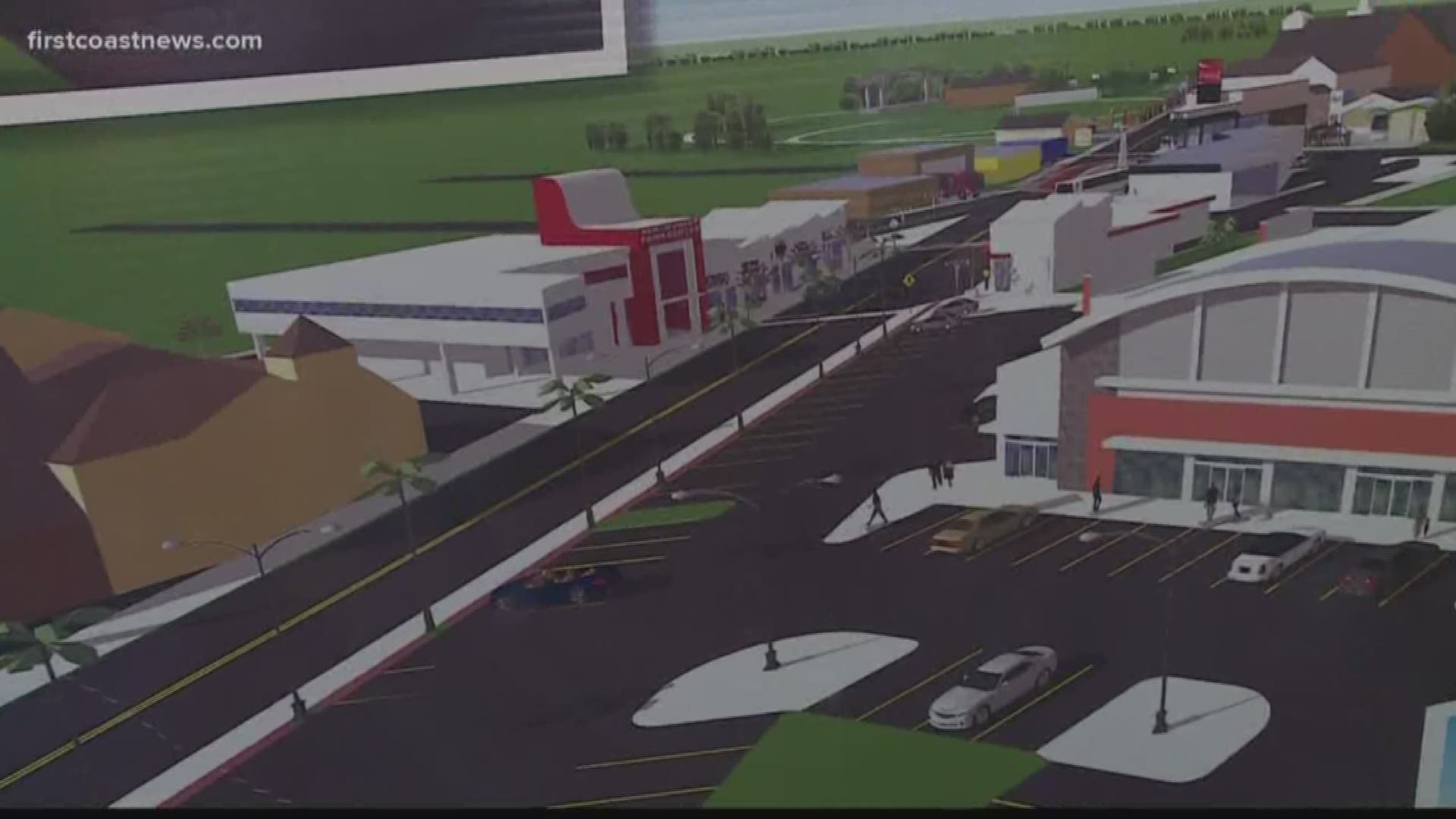 JACKSONVILLE, Fla — Northwest Jacksonville has had its challenges over the decades, among them ways to generate economic development.

Now, the tide is turning.

The Northwest Jacksonville Community Development Corporation has rolled out a new plan to help stimulate growth.

"We're actually breaking ground on the infrastructure which is so critical for the development to be successful," Paul Tutwiler said.

Tutwiler, who is the executive director of Northwest Jacksonville Community Development Center, keeps an artist drawing of the so-called District of Soul in his office.

The drawing reveals a transformed community that begins at Moncrief Road and MLK Parkway.

"This is a seven million dollar improvement of which we have put in close to four million [dollars]," he said.

The bulldozer is already at work clearing the two-acre site preparing the infrastructure.

"We are talking about the excitement of having a marketplace on Moncrief where at least 32 businesses can come in sell their goods and services," Tutwiler said.

He said it will become a focal point for economic activity and that the project has been in the works for the past six years.

While they have commitments from 32 independent retailers, they have yet to secure a grocery store.

"That becomes the biggest commitment unfulfilled for our community and we are not going to quit until we can complete that vision," Tutwiler said.

Getting to the infrastructure stage is a milestone for the Northwest quadrant. He expects this phase to be completed within the next six months.

"We have been beaten down by so [many] negative factors," Tutwiler said. "When we can come together with we are talking about jobs when unemployment is still high in this part of town," said .

A formal groundbreaking will take place this November before the project's projected completion in 2020.